Fitness Frenzy: A new website and app launches in NOLA providing an all-in-one fitness membership to the best boutique gyms in the city. 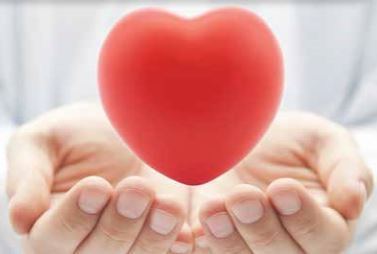 Rather than having to commit to one kind of workout, a new website and app called StudioHop allows members to purchase a monthly membership to a curated list of local fitness studios. So far, the company has partnered with The Barre Code, Barretiste, Grace Pilates + Yoga, Nola Yoga Loft, Romney Studios, Shaolin-Do Kung Fu, Tour Cycle Studio and more to come.

“I started StudioHop as a selfish solution to my own problem: I couldn’t work out at multiple studios without paying hefty drop-in rates and creating multiple accounts to book classes,” says Natalie Wolfe, founder of StudioHop. “My light bulb moment led to the desire to create a platform that would make it easy to book classes at boutique studios across the city, all different types of classes, all under one membership.”

Wolfe launched StudioHop in Dallas in Jan. 2015. Since then, the platform has expanded to Fort Worth, Austin, San Antonio, Oklahoma City and Tulsa. “New Orleans has been on my list for over a year now,” Wolfe says. “I have seen the fitness community grow and have noticed studios opening up frequently. Although most people think of NOLA as the eat, drink, party town, there’s an incredible health and wellness movement going on in the Big Easy and we are excited to be a part of it.”

The Humana Foundation seeks to improve community health and well-being, while addressing root causes and barriers that keep people from being their healthiest. The foundation has made New Orleans a priority, with the goal of increasing the health of the community by 20 percent by 2020.

The five organizations that received grant money will use the funding to create new and unique programs that will improve community health. For example, the YMCA of Greater New Orleans will use the funds to support its Diabetes Prevention Program — a community-based, preventive healthcare program targeting adults who have prediabetes. humanafoundation.org

The New Orleans Mission, the largest homeless shelter in the Gulf South, recently received a $1 million grant from Fifth District Savings Bank. The funds will help the Mission renovate its main building at 1130 Oretha Castle Haley Blvd., which has been in a state of disrepair for many years. The New Orleans Mission, which serves all people regardless of religion, race, ethnicity or gender, is a Christian Humanitarian Organization dedicated to working with homeless and hurting people to help them reach their full potential through rescue, recovery and re-engagement.

“This is such an important initiative for the city of New Orleans,” says Maria Muro, publisher of New Orleans Living. “Everyone deserves a second chance, and our homeless population will benefit greatly from the renovated mission.”

The plans for the renovation, which will total more than $6 million, will feature classrooms for job and skills training, an updated kitchen, a new chapel, improved dormitories, clothing rooms, an expanded medical clinic, re-entry offices, intake offices, laundry services, an elevator for handicap access and a day room where homeless individuals can seek shelter from the streets during the day. neworleansmission.org