A local boutique owner knows the ins and outs of fashion and retail. 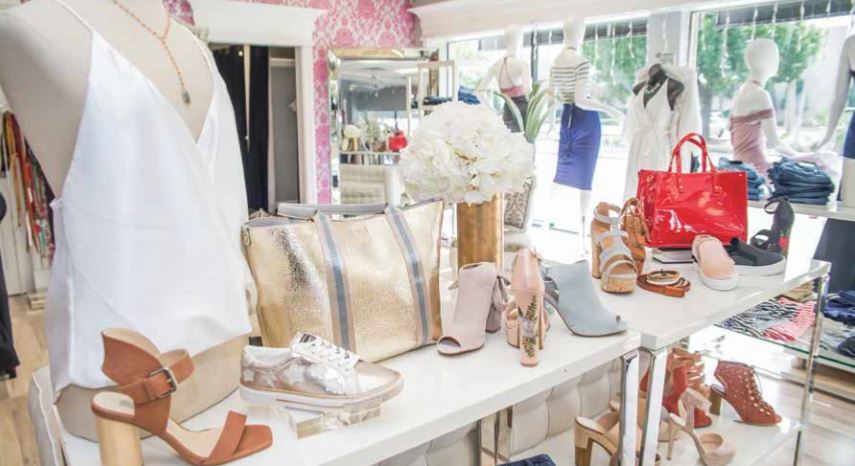 Some things — no matter how much we want them to go away — continually resurface season after season, like New Orleans cockroaches, the Kardashians or camouflage prints being in fashion. Yet there are likewise marvelous things that get knocked downed only to remerge bigger, better and stronger: cities such as Chicago and New York; designer Diane von Furstenberg; and Britney Spears. Everyone loves a good comeback. Shannel Trahan Abadie and her store, Maiya Boutique, is a retail force of nature. She has defied the odds and come out of it shining brighter. Abadie has a retail resume that has included every aspect of the retail world, and she should write a survival guide on owning a boutique. She has seen the ups and downs of the retail market and adjusted, and quite seriously, like singer/songwriter James Taylor’s greatest hit, Abadie has seen “Fire and Rain.”

Thirteen years ago, in early 2003, Abadie opened Clo Cia, the first boutique on Severn Avenue and around Lakeside Shopping Center. She took a risk in placing a specialty clothing shop in an area that, at that moment, was not synonymous with high-end fashion. In the early 2000s, one would expect to find a store like Clo Cia on Magazine Street or even Metairie Road. Unfortunately, a fire from a neighboring business destroyed the first location of Clo Cia, and, without hesitation, Abadie built an improved Clo Cia next door with great street presence and curb appeal. Shortly after Clo Cia re-opened, Hurricane Katrina demolished her second location. Nevertheless, with astounding resilience, Abadie continued to push forward and opened what is today Maiya.

Despite a few disasters, and the overly saturated and ever-changing market of the boutique world, Abadie found a formula to stay open — and to remain fresh and profitable. Boutiques seem to open and close every other day. Maiya was able to differentiate itself, keep its customer base excited and cultivate a new following. Abadie is aware that good employees are hard to come by, and image in the fashion world is everything.

“I am constantly recruiting new employees that reflect the brand,” Abadie says. “I am extremely particular about what my employees are wearing and sharing on social media.” She credits her Metairie store manager, Amber Murphy, and her employees as part of her success. “Amber does a phenomenal job with social media marketing,” Abadie says. “It’s important that Maiya’s images be about the clothing and dressing the customer.”

Abadie understands that it is essential to use the talents and connections of her staff to strengthen the business. Maiya has employees, and in turn customers, that have been involved and still participate with the beauty pageant circuit. Using kamikaze marketing and strategic networking, Maiya now dresses aspiring pageant royalty all over the country and is brand partners with Empowering Crowns, a pageant image consulting and coaching company.

This fickle retail market is not hindering the motivation and multi-functional mindset of Abadie. Maiya is not only a sought-after brand by pageant royalty, but it’s now coveted by reality television series starlets. This season, Maiya’s fashions will be showcased on Bravo’s Southern Charmed New Orleans’ cast and members of CMT’s Party Down South. Abadie appreciates that her clients love Maiya’s clothes, and she places great value in the fact that her beautiful and sexy customers like to share her name with their world. In addition to television exposure, Abadie is opening a second retail location in Oxford, Mississippi, with Murphy, and she recently announced that Maiya is the official clothing partner of the newly blended Saintsations and Pelicans dance teams.

There are two options in retail that pertain to many situations in life: adapt or die. With tremendous tenacity, a business savvy wit and a ton of sass, failure will never be a choice in Abadie’s world. Go conquer the South, Maiya: one beauty queen; one romper; and one cute Instagram picture at a time!

249
previous Fashion: Fall Transformation!
next Get a Leg Up!