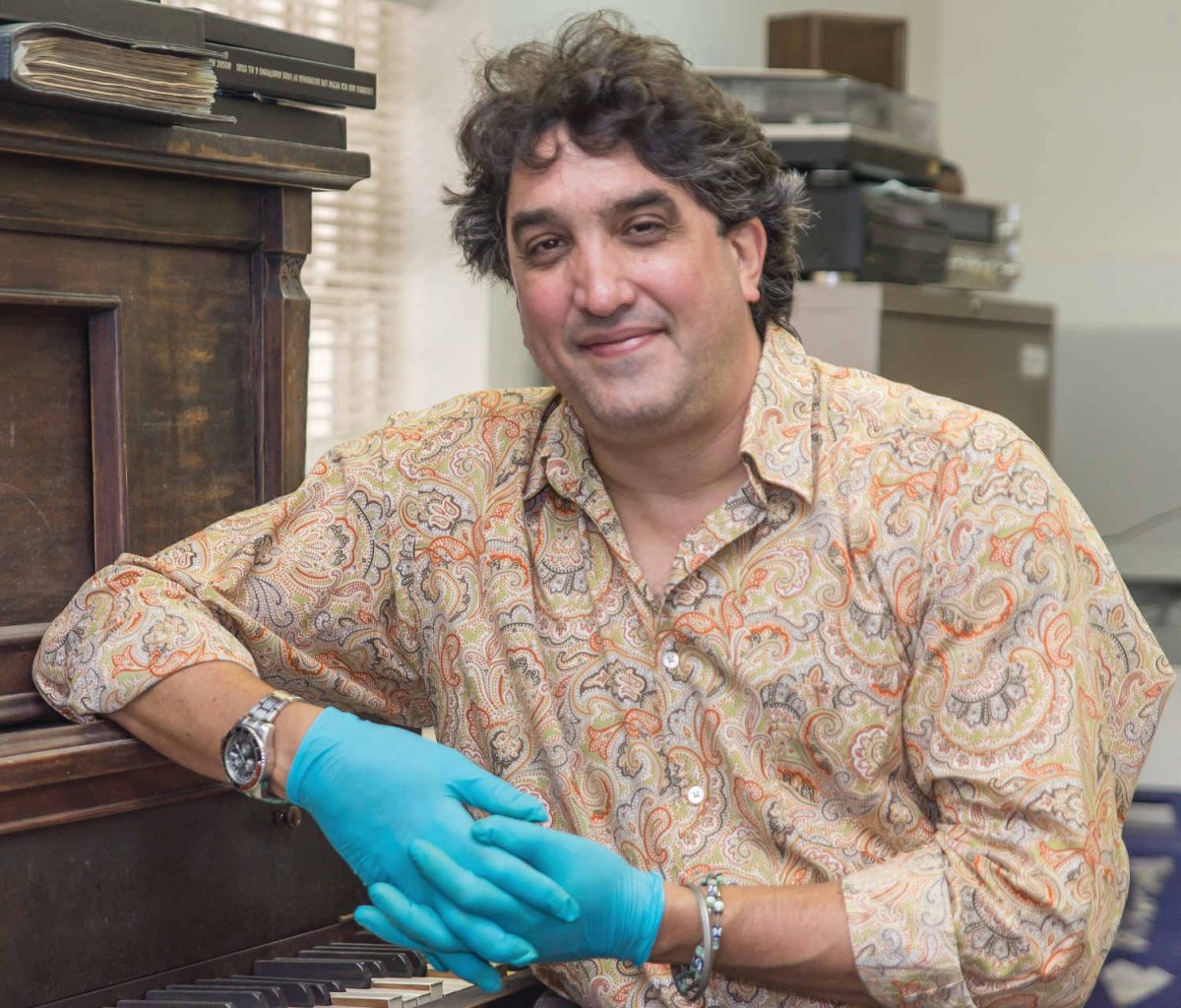 In celebration of the 17th anniversary of Satchmo SummerFest, French Quarter Festivals, Inc. recently bestowed the Spirit of Satchmo Awards to honor champions of New Orleans music and culture. For his decades of passionate work within the genre of music, David Kunian was awarded the Spirit of Satchmo Advocate award. “I am humbled and honored by this,” Kunian says. “Louis Armstrong is one of my heroes and to be even in the same conversation as him, his spirit, his artistry and his humanity is overwhelming.”

Kunian, who completed his masters degree in Musicology from Tulane University in 2013, has produced radio for more than 20 years and produced 10 documentaries about New Orleans artists. He has also had a weekly show on WWOZ since 1993. He has been awarded grants from the Louisiana Endowment for the Humanities, Louisiana Division of the Arts, Louisiana Decentralized Arts Program and the Hennessey Foundation. Currently, he serves as curator of the New Orleans Jazz Museum at the Mint.

“The music is the best combination of art and fun, and I continually hear new things and connections in it,” Kunian says. “I’ve been writing about it, documenting it and playing it on the radio since before I arrived in New Orleans in the last century. To paraphrase George Clinton, ‘The music is its own reward.’ One can go deeper and deeper into it, and it reveals more about us as a people and a spirit. The people who made it and were/are involved in it are wild and legendary. And there is still so much more research to be done in New Orleans music and roots music in general.”

The documentaries that Kunian has produced have focused on James Booker, James Black and Lee Dorsey to name a few. “All of them are artists to the highest degree, and all of them are great characters,” he says. “The stories and their music have no end to their idiosyncrasies and beauty.

As curator of the New Orleans Jazz Museum, Kunian loves researching and exploring the history of music in New Orleans and Louisiana, and he loves being able to look at and contemplate the artifacts that are in the collection — everything from Dave Bartholomew’s trumpet to Billie Pierce’s ’45s. “Currently we are have an exhibit on Pete Fountain and an exhibit about the history of women in New Orleans jazz called Women of Note,” Kunian says. “We’re working with Prospect 4 to open an exhibit of Louis Armstrong’s tape box collages that have never left New York, and then restoring the Xavier Gonzales 30-foot mural that hung in Dixie’s Bar of Music and then in the first New Orleans Jazz Museum.”

As far as future projects and goals, Kunian has a full list: “Fix the pumps; fill out the wetlands; and find the grave of Buddy Petit and any materials from Louis Armstrong’s birth house,” he says. “In addition, we are working on opening up the main exhibit for the New Orleans Jazz Museum that will trace the history and roots of jazz in New Orleans from the beginnings in ragtime and Congo Square through the 20th century up to what you can hear now — from crazy Carrollton to bass-booming Bywater, Bullet’s Bar to Bacchanal, St. Bernard to your backyard, Audubon Park to Elysian Fields, Oak Street to St. Claude Avenue. We start the capital campaign in January, but if people want to donate now, we’d be thankful for anyone’s generosity. And it’s never too late to start planning your celebrations for the centennial of Professor Longhair in 2018.” nolajazzmusuem.org

On his favorite artist: “This changes each day,” Kunian says. “Today it’s Justin Bieber because of the way he is an example to all young people coming up today, and Thelonious Monk for his unique, deep music and his dedication to his art.”

How he ended up in New Orleans: “I grew up in Boston,” Kunian says. “I moved here in 1992 after I took a wrong turn in Tupelo. Like lots of people who moved here before the apocalypse and the Federal Floods, the lifestyle here suited me.”

How he spends his time these days: “Eat; work; corral my daughters; worship my wife; sleep; and blast Justin Bieber, Fela Kuti, Sun Ra, The Tin Men and the Hot 8 Brass Band as loud as possible,” Kunian says.

His thoughts on joining a band: “I’m a programmer for WWOZ on Tuesday at 10 p.m., so I play music on the radio,” Kunian says. “I also bang on a piano, but not in front of people. I’ve always wanted to sing in a band, but I think I’d best leave that to the professionals.”

His perfect playlist: It would include all of the musicians previously named, as well as the Hold Steady, the Drive By Truckers, the Either/Orchestra, Albert Ayler, Howlin’ Wolf, Liz Phair, PJ Harvey and the Pretenders. “And don’t forget Gil Scott-Heron,” Kunian says.