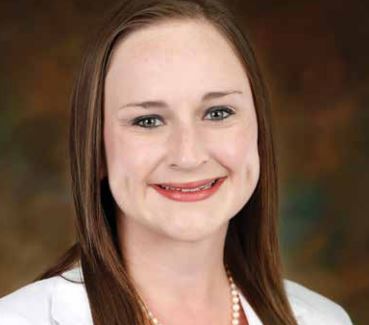 General internist Dr. Jenna Jordan loves practicing medicine in the Big Easy. But she’s less enthused about what the New Orleans lifestyle does to the health of her patients. In fact, what she jokingly calls the city’s disease “holy trinity” — diabetes, hypertension and high cholesterol — is often directly related to the population’s fondness for fried food, cocktails and sofa sitting. “My patients will say, ‘I try to eat healthy, but I live in New Orleans,’” Dr. Jordan says. “Our culture is all about going out to eat and meeting for drinks, and it’s hard for some people to embrace that and make healthy choices. The bread pudding is just too tempting.”

As a student, Dr. Jordan was interested in the human body, so a career in medicine was always in the back of her mind. When she was in high school, a summer program in Washington, D.C., with John Hopkins University Medical School sealed her fate. “Initially, I thought I wanted to be an ob/gyn, but I changed my mind to general internist,” she says.

As a primary care physician, Dr. Jordan sees a little of everything, including patients with mental health issues. She notes that there is a drastic uptick in depression, anxiety and other mood disorders since Hurricane Katrina. “We have less inpatient beds and less outpatient providers,” she says. “Add to that a shortage of mental health providers, and a lot of diagnosing and managing those conditions fall to primary care.”

To that end, Dr. Jordan believes that primary care is the foundation for patient-centered care. “Communication is key — listening to your patient — and that all the physicians and specialists involved in a patient’s care are working together and making sure we’re on the same page,” she says. “Is one doctor prescribing a medication and another one prescribing a different medication to alleviate the first medication’s side effects? That’s the kind of scenario we want to avoid.”

Part of what Dr. Jordan preaches is prevention, and that also starts with primary care. She insists that good health starts with yearly physical checkups. Regular exams can often stop small health concerns from becoming bigger issues. Dr. Jordan saw proof of that during her residency at University Medical Center. “We had a lot of patients without insurance or funding,” she says. “They would come to the emergency room when their symptoms became intolerable because they didn’t have primary care doctors. Many times, their symptoms or disease had progressed too far because they missed the boat on trying to prevent it in the first place. It all goes back to the importance of primary care.”

Often times, she needs to educate her patients when, for instance, they refuse a flu shot because they mistakingly think it will give them the flu. “There are no active, live viruses in flu vaccines so it’s impossible to catch the flu from one,” she says. “It’s my job to present my patients with the facts and their options, whether it’s regarding flu shots, depression, diabetes or any other health concern.”
On her three wishes for health care: “I would love to be able to spend more time with my patients, so I wish health care was less about volume and more about quality,” Dr. Jordan says. “We also need more doctors, specifically primary care physicians. There is a huge shortage in the New Orleans area. And I’d like to get rid of some of the internet misinformation out there. Sometimes patients will type in one symptom and come to me worried they have cancer. It’s information overload. Use the internet after you’re diagnosed, not before.”

On her No. 1 inspiration: “My mom, hands down,” she says. “She was a single parent and put me through private school, college and medical school. If I wanted to do a camp, a conference or something else to help me with my career goals, she found a way to make it happen. She’s my best friend and biggest cheerleader.”

On the best compliments: “Referrals,” Dr. Jordan says. “We treat a lot of patients’ family members. Yesterday I saw a mom whose daughters are already my patients. Or someone will come in and say their dad or aunt really likes me and that’s why they wanted to be my patient. When you trust someone to take care of your family members, that speaks volumes.”
Jenna Jordan, M.D.
East Jefferson Internal Medicine
4315 Houma Blvd., Ste. 500
Metairie, LA 70006
(504) 889-5250