Home IN THIS ISSUE Defensive Leadership
IN THIS ISSUE
SPORTS
October 31, 2017 Paul Wegmann 0 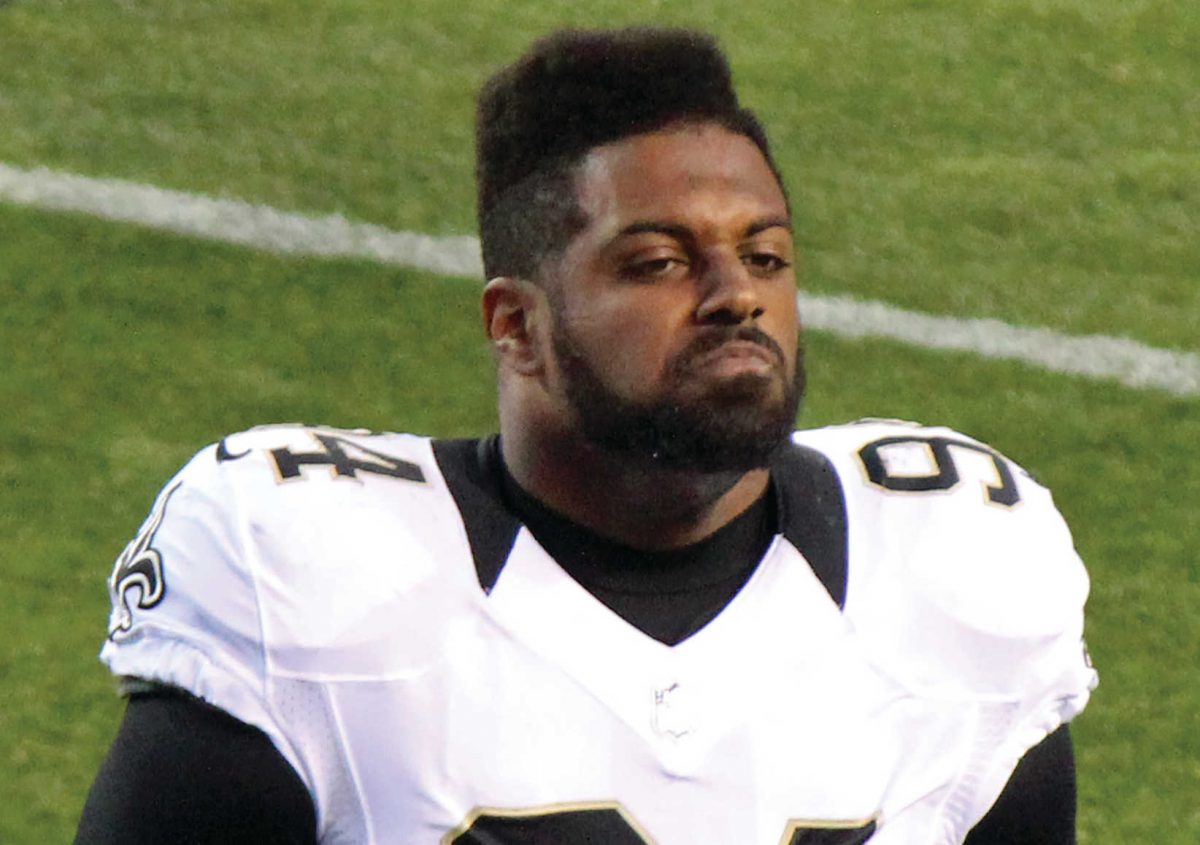 Cam Jordan emerged from the Saints’ dramatic home win over the Detroit Lions a changed man, and he may have changed the Saints with him. Having earned the NFC Defensive Player of the Week award, while in itself a rare event for Saints defenders in past years, was not enough. Rather lifting the Saints defense on his back and carrying it to that ephemeral echelon of defenses that can win championships was the real end. Acting as the cornerstone to a front line, Jordan drove an attack that may be becoming one of the league’s best as the linebacker corps and backfield suddenly transformed into a ferocious, wild bunch of takeaway magicians.

Led by Jordan, the Saints provided tremendous pressure from the ends, while also ensuring tight coverage from the backfield — two elements that, when acting in tandem, almost any offense can have big trouble overcoming. In particular, first round pick cornerback Marshon Lattimore looked every bit the shutdown threat he was selected as, as he contested passes in flight, demonstrating incredible balance and ability to adjust in the middle of a route, as well as having the height and speed to match with any receiver he was assigned to. He scored one Saints touchdown in one of the most memorable routes in franchise history. Even so, he was just a piece in a larger effort that often saw coverage so close that the defensive backs could not even be seen behind the receivers.

The coaching staff also played an important part, dialing up blitzes and stunts that were well designed, well timed and well executed. Much of that decision-making is driven by the down and distance at play at the moment, but the constant movement to the quarterback play after play, in combination with stellar athleticism, shown by linemen such as Alex Okafor and Trey Hendrickson, was also a noticeable factor. The energy and the urgency that the Saints defense showed was perhaps the most important key in one of the most powerful defensive efforts in Saints history. The Saints scored three defensive touchdowns in one game for the first time ever, and it was the first NFL defense to do so since 2011. That in and of itself is an even greater feat since it was accomplished by the Baltimore Ravens, as the Ravens teams from that era are considered among the premier defenses of the last 20 years.

As Jordan stated after the game, the energy has been essential. “This crew — it’s just loving being part of the crew,” he said. “We play for each other, and, honestly, you can’t help but love the way we’ve been playing right now. It’s just enjoying the way each of us has been playing.”

It was almost certainly one of the greatest games of Jordan’s career, but it would not be a stretch to call it his best in what has already been an exceptional Saints tenure. The Saints have had a mixed history of past defenses, including the proud but overwhelmed early years of Doug Atkins, the early 1980s teams of Rickey Jackson, the Dome Patrol of the 1990s, and great linemen like Wayne Martin and Frank Warren. But there have also been long stretches of very poor rankings to put it mildly. The Saints have ranked in the bottom five of points allowed in the league in four of the last five seasons, and, of all time, they have had that notorious distinction 18 times in their 50-season history. The Saints failed to reach the playoffs in each of those 18 bottom-five seasons. Meanwhile they have had defenses in the top five fewest points allowed during all of five times in franchise history, and they reached the playoffs in four of those seasons and had winning records in all five. Obviously, climbing to the pinnacle of the defensive heap in the league is a very big deal and predictor of success.

To reach that pinnacle, the Saints will need to become a big-play defense. One such play in the Lions game involved linebacker Craig Robertson, once thought a journeyman, he confected one of the most remarkable defensive plays in years for the Saints, perhaps since the days of the Dome Patrol, when he swept in on quarterback Matt Stafford, swiping the ball astray with one hand, pawing the loose ball with another, and taking his recovery toward the end zone, the only defect being that he was unable to score. It showed Robertson to be the smart, instinctive playmaker that he had always been on special teams, but the scheme developed in 2017 by defensive coordinator Dennis Allen freed him to create and exploit his skills as a defensive starter. In many ways, this defensive leadership has begun to resemble the “no name” leaders of the offensive squads of head coach Sean Payton’s early successful teams.

Another such play was Jordan’s scintillating game winning interception at the end of the game, in which he leapt to deflect a Lions pass in the end zone that then softly landed in his arms for a touchdown. As Payton himself has said, Jordan’s veteran leadership will help propel the team toward that goal. “He played outstanding,” Payton said. “It was not one specific play that culminated with the deflected interception in the end zone. He was consistent all game long. [His entire performance] really impacted the type of game we were able to play defensively. … I think our goal as a team isn’t just to have a winning season. Our goal as a team is much higher than that. Certainly for guys like Cam, or Mark [Ingram], or a handful of players, maybe Kenny [Vaccaro], that have been here a little longer, really for all of these guys, [it’s the same] … goals, and that’s why we’re playing and working, and practicing, improving to receive an opportunity to play in the postseason. But we have a lot of work ahead of us.”

155
previous An Attitude of Gratitude
next Arts: December 2017