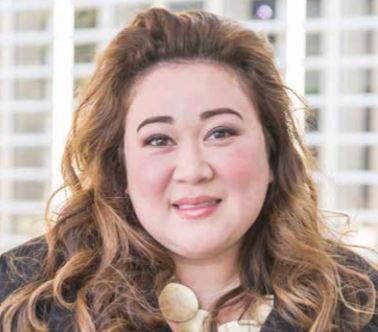 Dr. Stacey Scheib has only been in New Orleans for a few weeks, but she’s already made an impact in LSU Healthcare Network’s ob/gyn department. While Dr. Scheib doesn’t deliver babies anymore, she is delivering on her mission to help women with chronic gynecological pain. The former director of minimally invasive surgery at John Hopkins Hospital in Baltimore, Dr. Scheib touts a multidisciplinary approach to treating pain that may include acupuncture, physical therapy, compounded medication and consulting with other medical specialists.

She’s in rare company. Very few physicians in the country specialize in treating chronic gynecological pain, despite the fact that one study found that 15 percent of women of childbearing age have experienced pelvic pain that lasted six months or more.* “Chronic pain is rarely just one thing,” Dr. Scheib says. “It’s usually multiple things. Sometimes other organs are involved, such as the bladder or intestines. It could also be the muscles that support the pelvis or the nerves that connect them all.” Many physicians are quick to prescribe pain medications, but Dr. Scheib takes pride in the fact that she rarely resorts to dispensing narcotics. Instead, she focuses on finding and treating the root of chronic pain.

She remembers one patient who had a particularly large uterus that needed to be removed. She had been to doctors all over the country and none of them would try a single incision surgery. “I told her I would try, but I couldn’t promise we wouldn’t have to convert to a multi-port laparoscopy or open surgery,” Dr. Scheib says. “She was thrilled that I was at least willing to try. The surgery went great, and she went home the same day. I’m always surprised at what we can do if we at least try.”

In terms of what is new on the horizon in the field, a new type of robot is being presented to the FDA that returns to surgeons the tactile response that is associated with traditional laparoscopy or open surgery. The impact of that technology remains to be seen, but Dr. Scheib is excited about the possibilities.

On what she brings to her patients: “My patients always tell me they feel heard,” Dr. Scheib says. “Many women with chronic gynecological pain have been marginalized by the medical field. They’ve felt ignored and not taken seriously. It’s incredibly rewarding that my patients feel that I listen to them and their concerns. They’re so grateful to finally make strides to becoming pain-free.”

On achieving patient-centered care: “You have to listen to your patients,” she says. “You can advise them and lay out their options, but, at the end of the day, they’re in charge of their medical decisions. I’m always telling residents that even if you know the best treatment protocol, patients need to pick what is best for them and sometimes patients need to exhaust other options before they make that decision.”

On becoming an ob/gyn: “In high school I thought I wanted to be a surgeon,” she says. “I babysat for an ob/gyn and one day he suggested I should look into that specialty. I did an internship in the ob/gyn units at local hospitals and felt very comfortable. It combined surgery with continuity of care, which appealed to me. Even during residency and med school, and the crazy hours that go with that, it never felt like work. I’m very fortunate to be pretty good at and love what I do.”