A local personal trainer focuses on a results-driven process for the ultimate in fitness success. 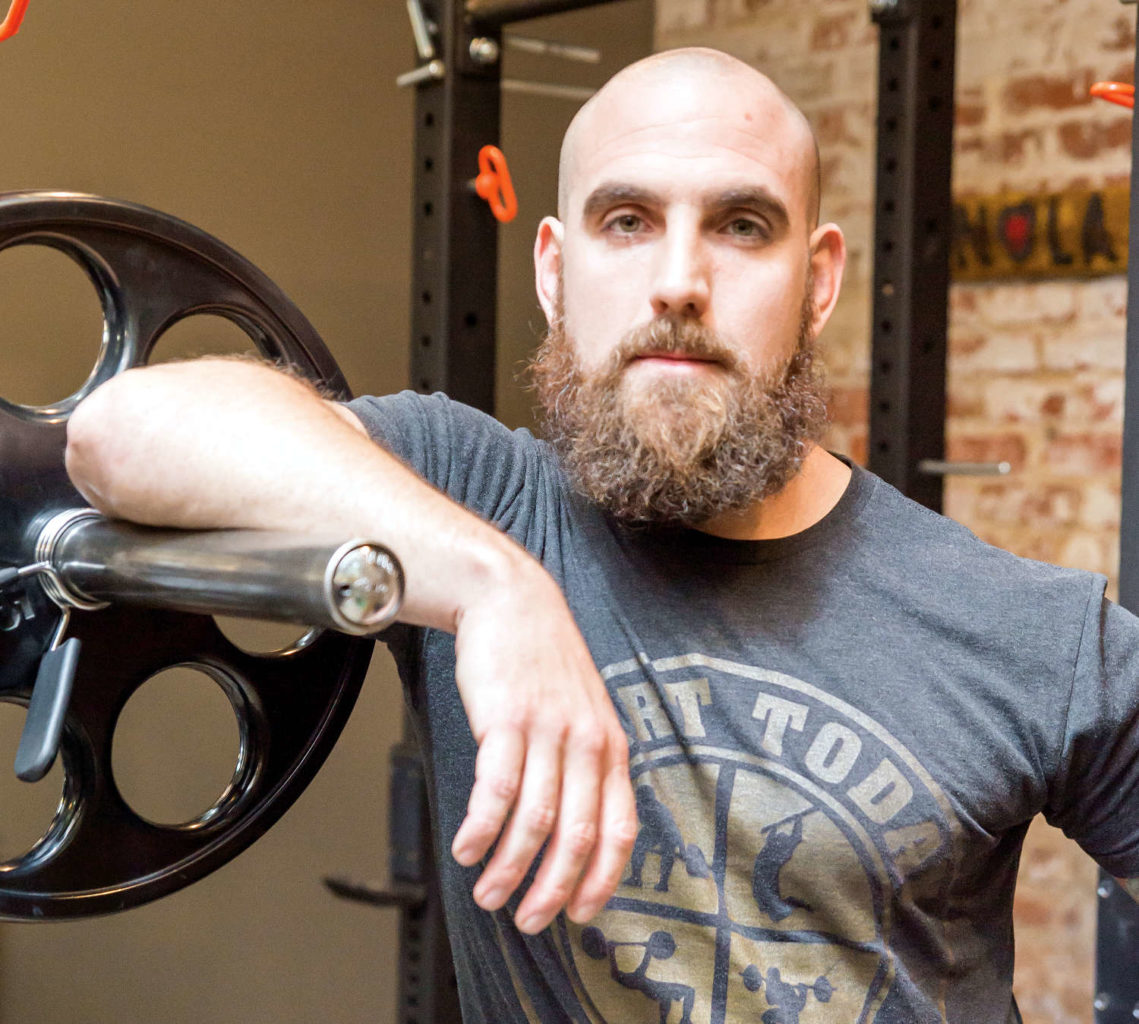 For Drew Handwerk, a personal trainer at Temple Gym who is originally from central New Jersey, it was love that initially brought him to New Orleans. “I moved [here] to give a long-distance relationship a fighting chance, and things worked out,” he says. “I ended up marrying her, and we just celebrated our second anniversary.”

Handwerk first began working out consistently when he was about 20 years old. At that time, fitness was a hobby that helped him channel his energy in a constructive way. “It wasn’t until after I competed in my first body building competition at age 31 that my coach, Kyle Newell of Newell Strength, asked me to come work for him as a trainer at his new gym,” Handwerk says. “Kyle recognized my potential as a trainer, and I became a part of his team. From there, my passion and knowledge grew as I learned from the other trainers at Newell Strength and through attending the seminars of industry leaders. Without that experience, I may not have reached the level of success that I am at now and may have never made the career move into the fitness industry.”

Handwerk is now a trainer at Temple Gym, which opened in 2004. The gym is set up in a way that each trainer works independently to build his or her own clientele. Currently there are about 15 trainers working out of Temple Gym, most of whom train on a one-on-one basis. However, there are a few small-group sessions in which the trainers coach two to three people at one time. Jiu-Jitsu group classes also are offered through NOLA Brazilian Jiu-Jitsu at Temple Gym. “It’s sort of like a mall for fitness in that you have a variety of trainers that each offer their own style of training,” Handwerk says. “If you want to work primarily with kettle bells, there’s a trainer for that. If machines are what you’re looking for, there’s another trainer for that and so on. Temple provides a great location with an array of exercise equipment that has helped me to build my own business, Start Today Fitness, for roughly three years.”

For Handwerk, it’s the power he has to make a difference in someone’s life that he enjoys the most. “I get to help people overcome obstacles that they may have not been able to do on their own,” he says. “Much like my coach once did for me, I get to give my clients the opportunity to see the potential in themselves that they didn’t know existed.”

When it comes to his personal fitness routine, Handwerk approaches it the same way as he does his clients: as a checklist of essential functions and movements of the human body. That includes core stability, joint mobility and more. “Nothing is random about my routine nor my clients’ routines,” he says. “Everything has a function, reason and a purpose. If a client asks me, ‘Why are we doing this?’ there is always an answer.”

ON STAYING MOTIVATED
“When thinking about staying motivated, I always try focusing on the big picture,” Handwerk says. “I concentrate on what activities I’d still like to be doing in 10, 20, 30 and 40 years from now. I’m 38; if my wife and I decide to have children, I want to keep myself in shape to do all the things with kids that a much younger father can do. In other words, it is really beneficial to attach goals to something far more meaningful than saying that you want those six-pack abs in x weeks from now.”

HIS FUEL
“I eat twice per day in an eight-hour window,” Handwerk says. “Both meals are typically centered on a quality protein source such as grass-fed beef. The first meal of the day, roughly eight hours after I wake up (yes, you read that correctly), consists of mainly protein and healthy fats, and the second meal is mostly protein and carbohydrates. In addition to these basic macro guidelines, I always make sure that these meals are both loaded with veggies. My favorite foods are grass-fed steak, a good juicy burger, ceviche, anything with curry and anything with perfectly ripened avocados. My guilty pleasures consist of Zapp’s Voodoo chips, pizza (from Pizza Delicious), mozzarella sticks, vanilla-bean ice cream, cheese (quasi-guilty) and a freshly made hot pretzel with beer cheese from Bratz Y’all.

SUCCESS STORY
“Some of my most results-driven clients have been brides,” Handwerk says. “They all came to me with a strong urgency about fitting into their bridal gowns and focusing on certain areas of their bodies that their dresses featured. I knew I did right by them when I was either invited to their weddings as a guest, or when they took the time to text me or send me pictures of how happy they were with the results on one of the most special days of their lives.”

WISE WORDS
“My advice is both the name of my personal training business and for anyone considering a workout program: Start Today,” Handwerk says. “All too often, people find themselves waiting until they have enough time to train x days per week. The reality for most people is that time never comes magically, and beginning a fitness routine is perpetually deferred. If you have 30 minutes per week to train, do it. As time goes on, you’ll see the benefits of working out, and you’ll be motivated to possibly stretch that 30 minutes to an hour or add an additional 30-minute session somewhere later in the week. Do what you can do when you can do it, and let your workout routine grow from there.”