A Woman on a Mission 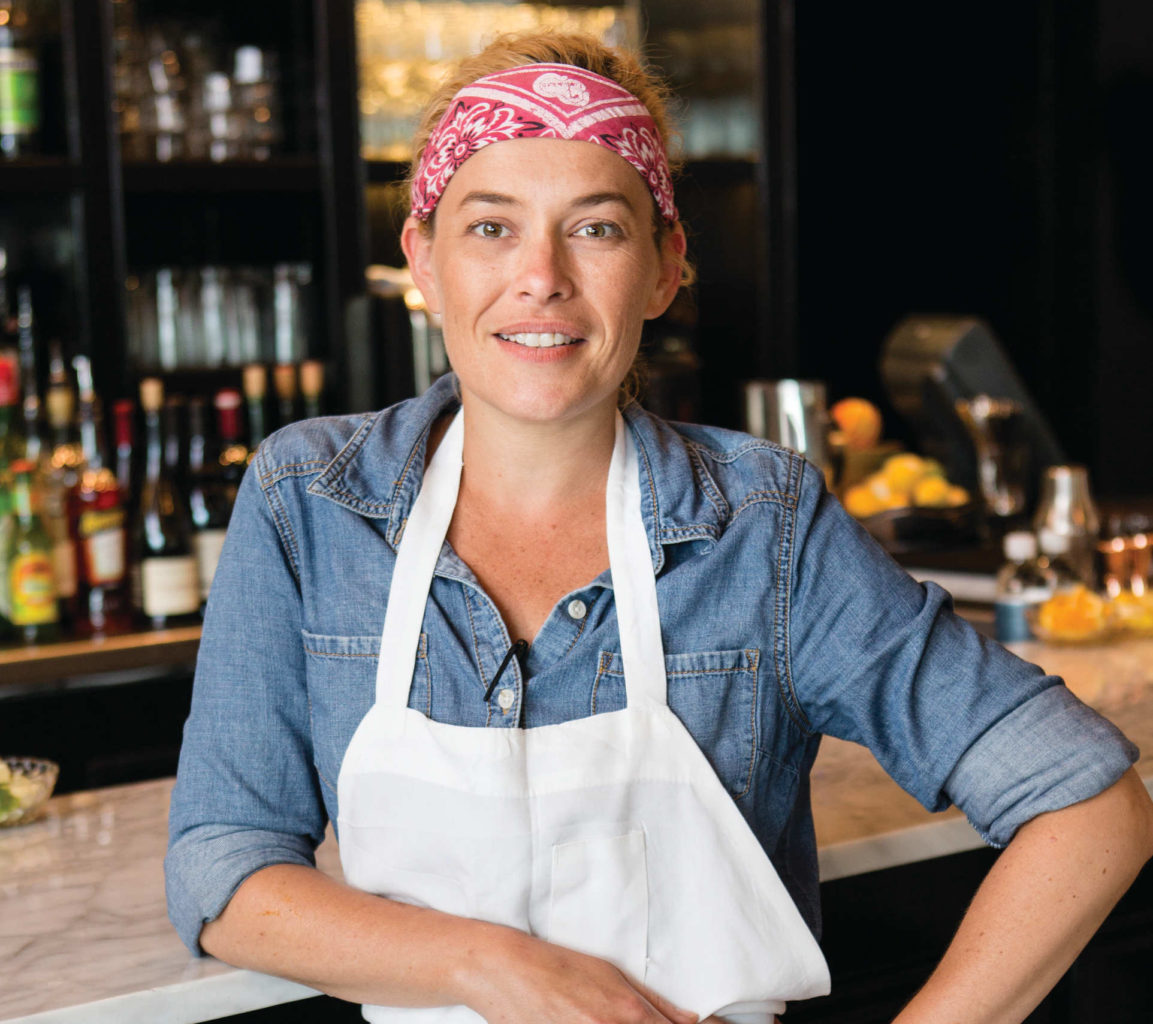 Coquette’s Kristen Essig and partner Michael Stoltzfus are still in the early stages of planning their next project, Thalia, but she knows they’ll be taking their cues from the residents of the Lower Garden District neighborhood. Thalia is the former corner bar Shamrock on Constance and Thalia streets, and was the last segregated bar in New Orleans. “We’re very excited about making it a place welcome to everyone, as it should be,” Essig says.

She describes the concept as “Coquette quality for a neighborhood joint,” with reasonably priced food and drink. The decor will be dictated and inspired by whatever they can salvage and restore during the buildout.

“We don’t even know yet what the extent of the project will be, because so much of it needs to be dictated by the neighborhood,” she says. “I feel like a lot of people, even unknowingly, create a space they think people want to go to without consideration for who actually eats there. So we want to engage with the members of our community, where the neighborhood is, and say, ‘Hey, what do you guys want?’”

Essig came on board as co-chef/owner of Coquette with Stoltzfus almost two years ago, though she admits she’s spent most of her time running the front of the house. But with a talented chef de cuisine like Caesar Nunez and all-around excellent staff, she knows the kitchen is in good hands.

“We are very interested in being in our restaurant everyday, but the capacity for that, in order to stay sane, has to evolve and change,” Essig says. “And if we are not allowing our staff to do more, we are also holding ourselves back on stuff we could be working on and we’re holding them back from developing more skills. We are very goal-oriented people. If you’re not asking your staff to create goals for themselves, then we can’t help them get there. That for us is something really great. Michael’s always tried to find a way to incubate talent.”

In addition to running Coquette and working from the ground up on Thalia’s entire concept, Essig and Stoltzfus run a number of special events and projects such as semi-regular fried chicken and Champagne dinners, each summer’s No Menu Tuesdays and themed meals at Paradigm Gardens.

Coquette has been a supporter and partner of local urban farm Paradigm Gardens from the get-go. “We love Paradigm,” Essig says. “I’m so impressed about what Joel and Jim have been able to do there. They’ve turned it into not only a thriving garden and business, but also an amazing event space. It’s got everything. It’s got goats, honey, vegetables. It’s got good-looking farmers.”

Looking ahead to 2018, in addition to the spring/fall fried chicken and Champagne dinners (get on that if you haven’t already), and the No Menu Tuesdays over the summer, Coquette will be open on Ash Wednesday for the first time ever. Ash Wednesday falls on Feb. 14, Valentine’s Day, and Essig and Stoltzfus won’t let love down. “It’s going to be a real kick in the pants,” Essig says. “But we can’t wait to have people join us.”

Coquette’s newest project can be enjoyed on a daily basis — a large format fried chicken platter that needs to be pre-ordered 24 hours in advance for dinner. For $120, it includes two fried chickens, sides, deviled eggs and a little something luxe like a tin of caviar or oysters on the half shell. “It’s so good,” Essig confesses. “Michael has the best recipe for fried chicken.” coquettenola.com

During a tumultuous time in the restaurant industry, Kristen Essig has emerged as one of the female leaders of the New Orleans food scene. She penned and published a widely circulated letter, entitled What are we Willing to do to Shut Down a Toxic Culture? about addressing the issue of sexual harassment in restaurant kitchens, which can be found in the NOLA.com opinion archives.

She is also a founding member of the New Orleans chapter of Les Dames d’ Escoffier International (LDEI), an organization that fosters the growth of women in the food, beverage and hospitality industry. The group is still in its beginning stages, but Essig notes that they’ve begun putting out feelers for a mentor program, which brings women in from out of town to stage with mentors within the group for five days. “We entertain them, take them out around town, and they get a chance to enjoy and see what the restaurant scene is.”

Organizations like LDEI are important to the growth of the industry. “It’s a really nice platform for socialization and having something larger we can contribute to the community,” Essig says. “It’s an amazing group of women, and it’s a really good start with plenty of room to grow.”