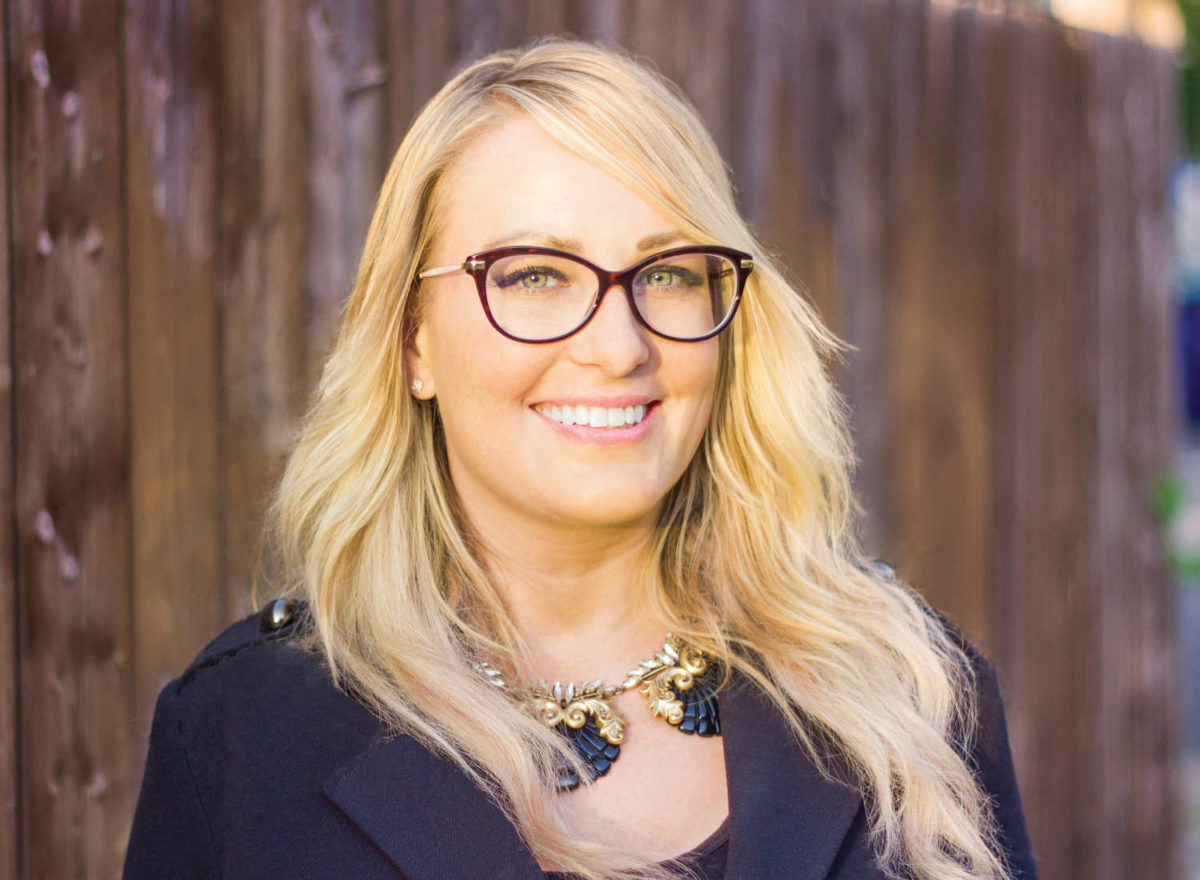 Born in Warwick, Rhode Island, Holly Owen has spent much of her life in the Northeast, from New Jersey and Connecticut to Cambridge, Massachusetts. But a little more than a year ago, Owen decided to pack up her winter-wear and make a move to New Orleans, putting her closer to family in Houston and, unexpectedly, landing her a dream career. “I had been to New Orleans in 2013 and fell in love with the city, as it truly is a place like no other,” Owen says. “Little did I know back then that I would soon be back, this time for good.”

With a degree in business administration and marketing from Wayne State University in Michigan and a work history replete in the fields of advertising and real estate, interior decorating is probably the last direction one would expect Owen’s career path to take. But she reveals she’s always had a place in her heart for art. “I have always had an artistic side,” Owen says. “When I was in elementary school, I took classes at the Rhode Island School of Design and was one of only a handful of students from my school to have one of my drawings displayed at Newark Airport.”

Luck and fate came together after Owen got interested in vacation rental management, and, when she looked into employment opportunities with The Host, an offer was put forward that she simply couldn’t refuse. “At first, the owner [at The Host] wanted to see if I was interested in sales — which I wasn’t,” Owen says. “So after considering the position, I called her and said, ‘I like what you’re doing, but I am not really interested in sales,’ and then she said, ‘Well, would you like to do some design projects?’ and I said, ‘Yes!’”

Though she had some previous experience staging homes while working in the real estate industry, it was her personal love of art and architecture, and a smidgen of luck, that finally launched a whole new career for Owen in interior design. “I love design as it combines a number of my interests,” she says. “Architecture, real estate, home decor and artistic expression … I find inspiration everywhere; on a walk, at a show, or even on the street.” 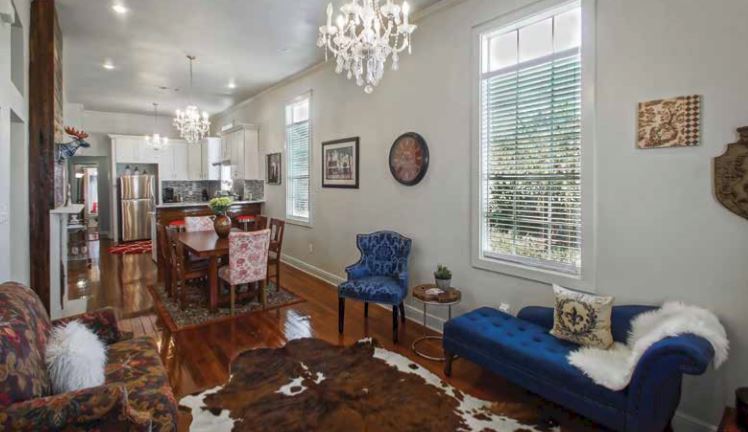 One of her most recent projects was a renovation of a Craftsman-style house in the Treme neighborhood. A couple from Portland, Oregon, bought the property as a vacation home, but they also sought to rent it out. After a couple of meetings with Owen, the couple decided to roll with her design plan. “For a new client, I meet with them and get a feeling for their style, go over the property and offer my own insights and then present a mock-up to get their feedback before getting started,” Owen says. “With the Treme property, I was getting an eclectic, vintage French vibe.”

Owen knows no bounds when sourcing furniture and decor, from hunting for items online at Wayfair and Overstock to local thrift store shopping at Red, White & Blue, NO Fleas Market or the Salvation Army. She’s also adept at re-purposing found objects within the home itself. “There were actually two paintings we found in the attic, which I used in one of the living rooms and two mirrors that were filthy,” Owen says. “We had to replace the glass, but my handyman — he’s awesome and creates his own art as well — cleaned and repaired the mirrors, and we used those in the master bedroom.” Torrey Johnson, Owen’s handyman, also provided a few pieces of his own for the Treme project.

Owen prides herself on being incredibly resourceful and also for offering a whole lot of bang for your buck. “I love helping my clients look like a million bucks without spending it,” Owen says. Her unerring passion, drive, creativity and love for New Orleans is conspicuous in her design, even when it comes to her own apartment. “I am living in a beautiful, converted Uptown mansion from the 1890s, and I fell in love with it the minute I saw it,” Owen says. “One of the reasons I moved down here was because I love the architecture — it’s mind-blowing. I could walk in the same area everyday and still see something different every time. It’s just amazing.” facebook.com/chezhollidaydesign