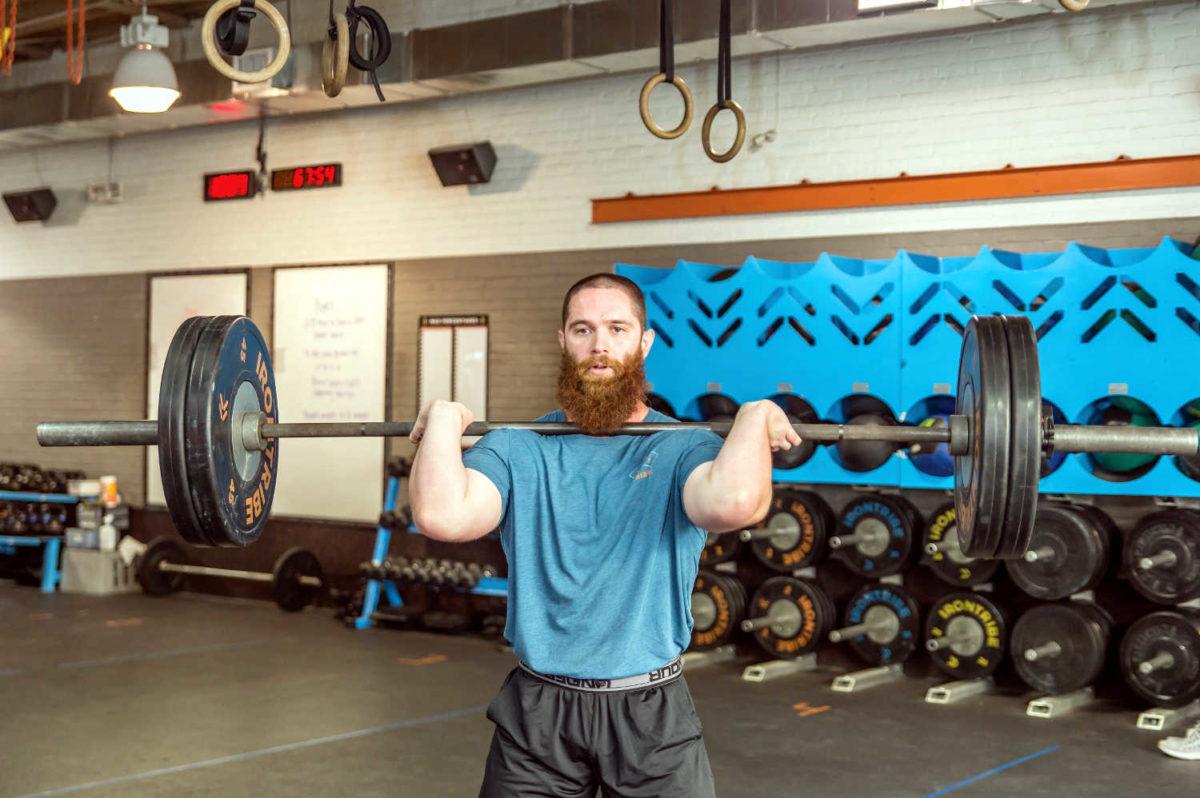 Joshua Miller, lead coach at Iron Tribe Fitness, is originally from Angola, La. He grew up within B-Line, an area of the Louisiana State Penitentiary at Angola where nearly 600 non-prisoners (employees of the prison and their families) live. “My mother was a security guard there for 35 years,” Miller says. “I came to New Orleans for the opportunity to work at Iron Tribe NOLA.”

Growing up, Miller enjoyed being involved in team sports. That’s where he first learned about fitness. “Improving my fitness was a great way to improve my performance in sports,” he says. “In college, I discovered there is actually a job (strength and conditioning coach) that would allow me to help others improve their performance in their sport through fitness, and that is when I knew that I wanted to pursue a career in the fitness industry.”

Iron Tribe Fitness, originally founded in 2008 in Birmingham, Ala., (a city fondly nicknamed the Iron City for its rich history in iron and steel), opened in New Orleans in 2014. The fitness studio blends one-on-one coaching with HIIT-style group fitness so that each participant gets the most out of each 45-minute workout (consisting of a warm-up, workout and cool down; each of these three parts changes daily to keep athletes on their toes).

“We offer two training programs — Push and Power — [and] both are implemented throughout the day in a group training setting,” Miller says. “We cap our classes at 20 athletes, with two coaches present at each class. It gives us a great opportunity to meet each athlete where they are!”

“Our coaches make Iron Tribe Fitness unique,” Miller says. “Iron Tribe is our full-time job, which gives us the opportunity to pour in to our athletes. We make it a point to know each athlete individually through coaching assessments to make sure we can help them reach their goals both in and out of the gym. I love helping people become better versions of themselves!”

In terms of his own personal fitness routine, Miller says he trains one to two times per day, five to six days per week. “I enjoy the barbell, so I do some form of strength training each day,” he says. “Variety is the spice of life, and that is how I feel about my training.”

ON STAYING MOTIVATED
According to Miller, it is his wife Brittany, his son Maximus and his daughter Lila Pearl who provide the fuel for his motivation. “I want to be the best husband [and] father for them everyday,” he says. “I know that if I train hard and stay disciplined with my nutrition and recovery habits, then I will be able to move mountains for them!”

HIS FUEL
“My day starts early during the work week, so I have the opportunity to get five to six meals in each day,” Miller says. “Each meal consists of a lean protein (chicken or steak normally), a carbohydrate (sweet potato or rice) and a healthy fat (usually avocado or nut butter).” However, he admits that he does occasionally indulge in his guilty pleasures: jambalaya and pecan pie.

SUCCESS STORY
“There are so many people who have inspired me and have encouraging transformation stories,” Miller says. Our tip: Schedule a class with Miller and ask to learn more about some of these stories.

WISE WORDS
“For anyone considering starting a fitness program, I would encourage them to ask themselves two questions,” Miller says. “‘How much is my personal fitness worth to me?’ and ‘What type of training do I enjoy doing?’”