Bringing Color to the Warehouse District 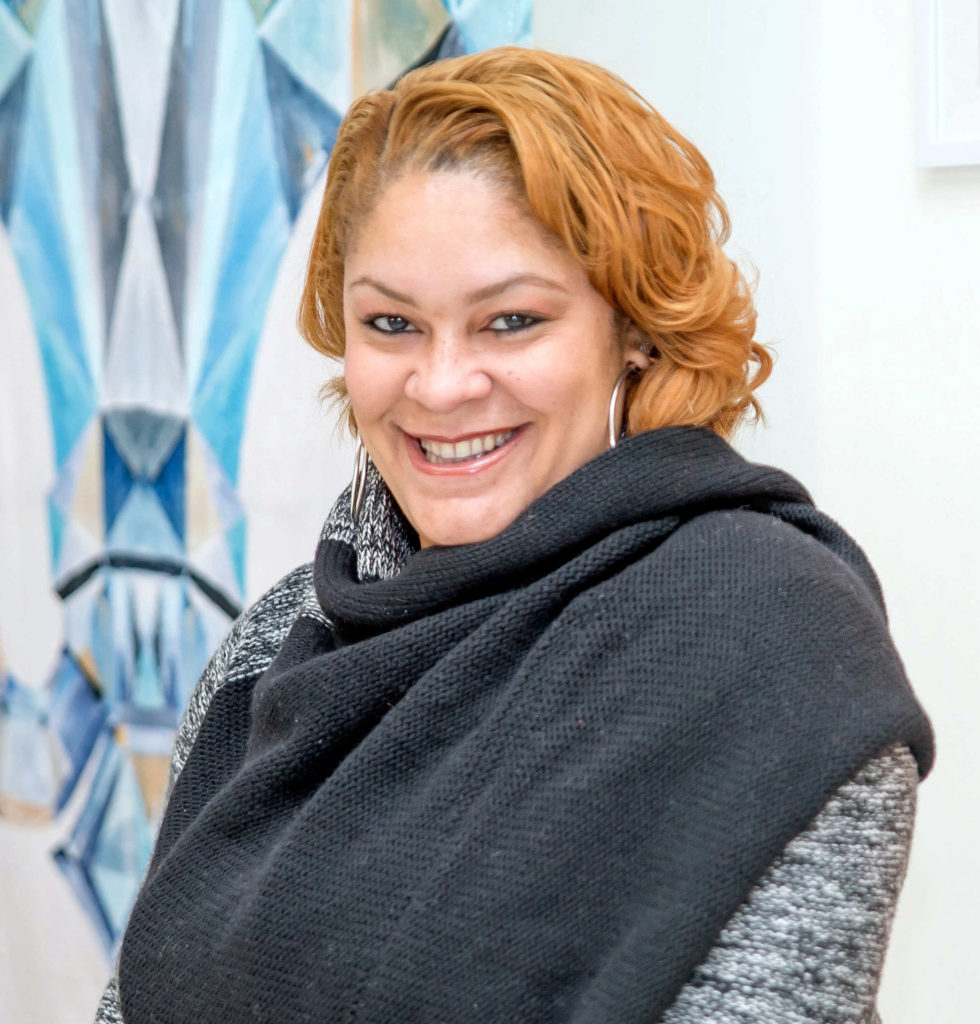 Art is thriving in the Warehouse District right now. If you stroll through the streets for any amount of time, you’re sure to happen upon a space that dazzles your eyes, makes your heart race and stokes the fire in your mind with the provocative pieces of art that hang on the wall.

Something was missing from this area until now, however. The very first African American female-owned gallery — Roux Maison Gallery — has just opened its doors, and the neighborhood has welcomed it with open arms. Artist Ursula Rochon and Dr. Ashley Doucette have partnered not just to bring new artwork to the Warehouse District, but to have a home for their foundation, The Color Gallery, which teaches at-risk youth how to create art of their own.

Rochon began her foundation about three years ago, and then she started painting along with her students. People started to buy her artwork, so she started her plans to buy a gallery of her own. “We’ve really been well received by the community,” she says. “We’ve had really good events. We’ve rented the space out for a New Year’s Eve Party. The Saints love us. We’re in the neighborhood where a few of them have condos, so we’re frequented by them. Our neighbor is The Howlin’ Wolf, and they love us.”

Not only does Rochon sell her own pieces of art, she has allowed other artisans to sell their wares. You can find a plethora of unique, New Orleans-centric items that can’t be found anywhere else. “I have a few artists in there,” Rochon says. “I partnered with a very close friend of mine, Dr. Ashley Doucette; she’s also the medical director for the Color Gallery. We have one artist who does candles; we have another one who makes reclaimed furniture out of plantation shutters; we’re bringing in another artist called Sazerac Stitches who does lighting. It’s grassroots artists from New Orleans. Everything has a New Orleans flair. We’ve put it together in this melting pot gallery.”

The children who get into The Color Gallery program will benefit greatly from the space. They will be able to use more materials and mediums than ever before to learn about expressing themselves through art. “We were working a lot out of public school systems, so the kids are going to be able to do a lot more things now that it’s our space,” Rochon says. “We work with about 50 to 60 kids per year. We have a lot of positive stories. I keep track of the kids that we could not touch, and I lost two to street crime and prison. Those are the kids that I look at and think about what I could have done differently so that we can make alterations to the program to better suit the next kids that come along.”

Rochon hopes that she’ll be able to partner with other galleries and museums in the area to help her brand and, ultimately, to bolster her foundation. One thing is certain: The Roux Maison Gallery will always have a strong New Orleans identity. “Having that Roux Maison space, I absolutely want to embrace all the different types of culture that makes New Orleans [unique],” Rochon says. “Even though it’s black owned, we want to do all of the aspects that make the city special. Literally, everybody comes for the culture. Between the artwork, I feel like we’ve captured all of it in our own individual ways — so that when you walk into the gallery, it feels like New Orleans. Pre-Katrina, not post-Katrina.”

The owners have put a sofa in the middle of the gallery to invite people to sit and stay a while. “Art should be something that everybody could experience, and I think that’s the culture we’re trying to create in that space,” Rochon says. 316 Saint Joseph St.