Sharing the Love of New Orleans 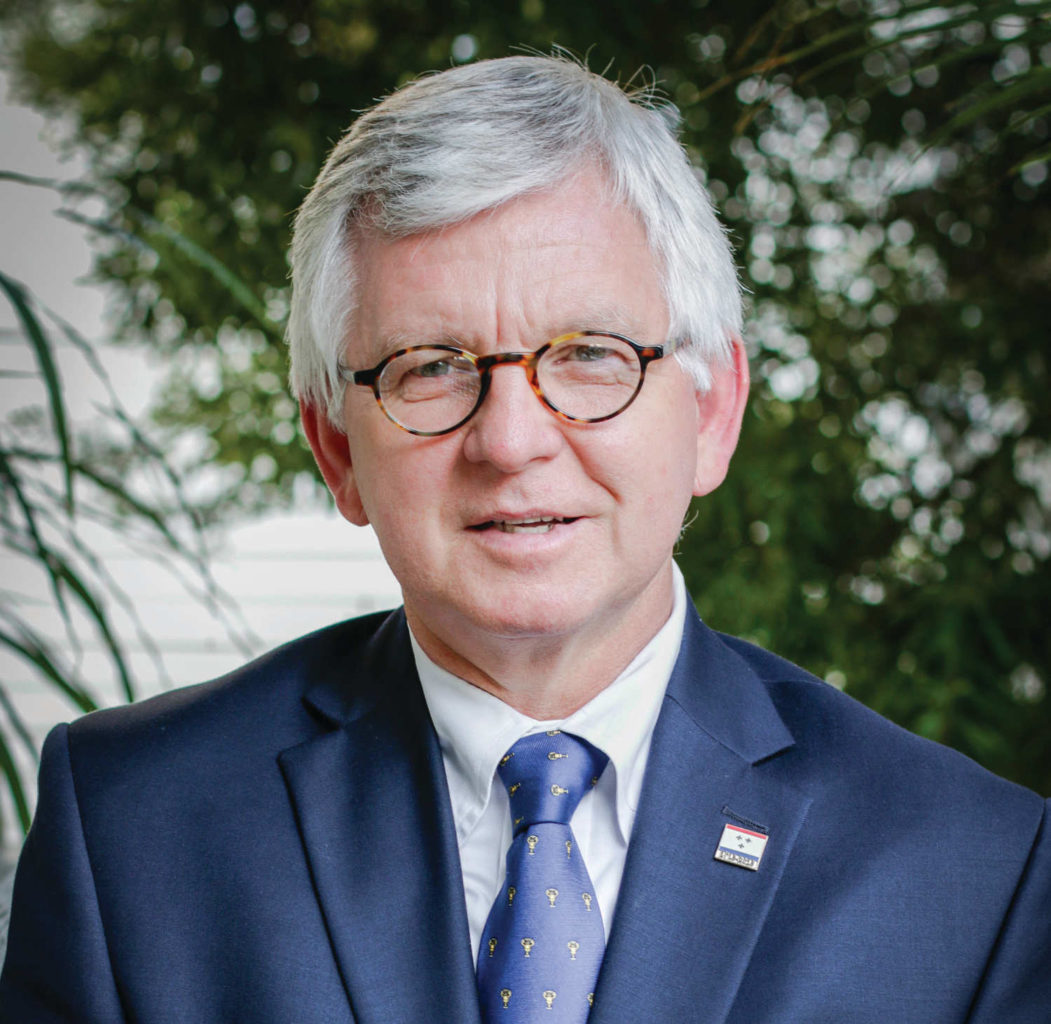 New Orleans has recently been named a top destination by multiple prestigious travel publications, such as Condé Nast Traveler, Fodor’s Travel, Frommer’s Travel Guides, Rough Guides and Travel + Leisure. For example, Condé Nast Traveler named New Orleans No. 5 in its list of the “18 Best Places to Travel in 2018.” New Orleans was one of only two U.S. cities named in the list, and the Crescent City was listed among international destinations such as Antarctica, the Azores and Malta. And while food is a driving force for many who visit (Travel + Leisure named New Orleans the No. 1 city in the U.S. for food, and Food & Wine named New Orleans as one of the best food cities in the world), the city’s Tricentennial and fun new events are also major factors that will influence visitors during 2018. “We have the best people, architecture, food, music and weather — yes weather — here, and it is truly unique to anywhere else you can visit, and it is authentic,” says Mark Romig, CEO of N.O. Tourism Marketing Corp. “What you see is what you get!”

Romig, who is originally from New Orleans, has been serving in his role as CEO of N.O. Tourism Marketing Corp. since June 2011. His role consists of leading a close-knit team of marketing professionals in business for promoting tourism — working closely to tell the city’s story. He also works with the city’s award-winning New Orleans Convention and Visitors Bureau; reports to a board of prominent hospitality and civic leaders; and shows up as often as he can and everywhere he can to keep the pulse on our city. According to Romig, there are three things that he loves the most about his job. “First, the people I encounter and work with every day,” he says. “Second, seemingly being in the middle of everything happening in this joyful and mysterious city. Third, waking up each day knowing I am doing what I always hoped to do in my dream job, which is promote the city that I love.”

And what he loves most about New Orleans? Walking through the French Quarter, watching sunsets at West End, dirty rice, announcing games for our beloved New Orleans Saints, and spending time with family and friends at home. “And then there is New Orleans’ soul and passion, which you feel wherever you go and whatever you do,” Romig says.

Looking forward to the coming year, Romig says that New Orleans will continue to attract visitors, especially thanks to the Tricentennial celebrations. “From the book festival to the national broadcast of our New Year’s Eve countdown, and Twelfth Night with an amazing tribute to Mardi Gras with fireworks, we have started off in a glorious way,” Romig says. “[There is also] Nola Navy Week, International Weekend and so much more ahead.”

In terms of marketing efforts, Romig and his team have worked hard to identify areas of our city’s history and tell those stories. “We are telling not only our local stories, but stories visitors tell after spending time here,” he says. “And the stories don’t end. We are making new ones every day. ‘One Time, in New Orleans’ is our ad campaign slogan, and anyone who says those words has an unforgettable story to add to them. We will continue our Tricentennial ‘One Time, in New Orleans’ campaign through mainstream media, internet, public relations and social media.”

While the N.O. Tourism Marketing Corp. does not make projections on what visitation numbers will be, Romig says that the trend lines over the past several years have been very positive. “We expect this to continue in the future as long as we are all doing our job to the best of our ability,” he says.

As New Orleans evolves over the next 100 years, some things will always stay the same. “While we will always maintain our historic charm through the architecture of the French Quarter and other historic neighborhoods, [through] the food of our famous and up-and-coming chefs, the music from our local musicians, the soul of our people, and our family friendly neighborhoods, we will continue to see the city come together with one voice and grow,” Romig says. “We have become a model to the nation and all the infrastructure happening today in our medical, tech and entrepreneur-friendly city will reap great rewards in the coming years.”

On visiting New Orleans: “[It’s] always is a good time to come,” Romig says. “Every season has unique happenings that you will learn about nowhere but here. Spring for the festivals. Summer for more festivals, and the prices I get at restaurants during Coolinary New Orleans and Be a Tourist in Your own Hometown. Fall because the cultural season brings great opportunities to catch up with friends at all the performances and events. And the Saints are playing. Winter because of Christmas New Orleans Style, the Allstate Sugar Bowl, Mardi Gras and much more!”

For those who want to help promote New Orleans to the rest of the world: “Tell your stories at gonola.com; and on Twitter and Instagram with the hashtag #onetimeinneworleans,” he says. “Also visit 2018nola.com and nola.com.”

Parting thoughts: “Did I mention I love New Orleans?”