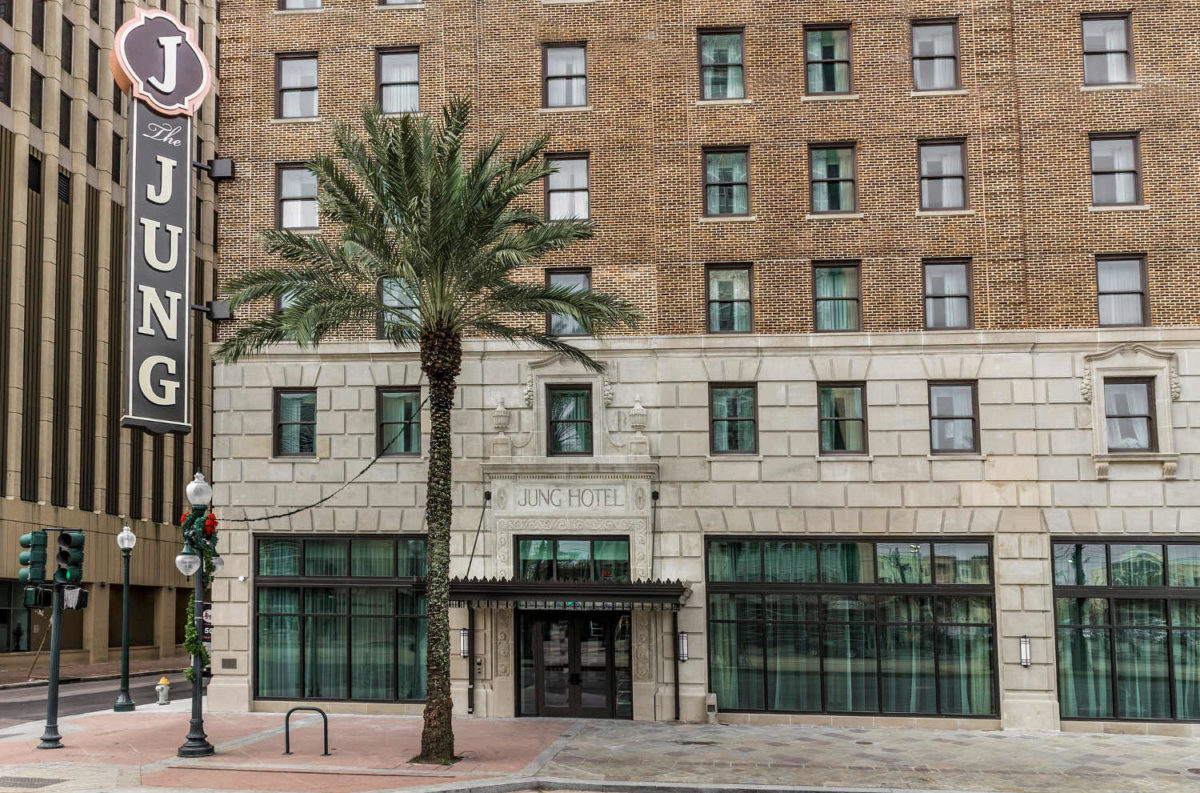 Originally opened in 1907, The Jung Hotel & Residences was designed by renowned local architectural firm Weiss & Dreyfus for entrepreneurs Peter Jung, Sr., Peter Jung, Jr., and A.L. Jung. The original 10-story structure featured opulent design with a mixture of renaissance and baroque styles that evolved over the years, incorporating expansions and additions in the late ’20s, ’50s and the early ’60s. In the early ’30s, the Jung was dubbed “the brightest spot in the night life of New Orleans,” boasting a roof garden with the first retractable roof in the city, and, later, in the ’50s, it became known as “the South’s largest and newest peak in New Orleans’ skyline” with 1,200 rooms and suites, a new two-level Cotillion Lounge, a barbershop, two cocktail lounges, a coffee shop and a drugstore.

Although the levee failures of 2005 truly hammered the nails into the Jung’s coffin, the hotel lost much of its popularity after 1971 when the property changed hands several times (briefly known as the Clarion, Raddison and Park Plaza) and even closed twice. In 1982, The Jung was added to the National Register of Historic Places, but it wasn’t until a recent surge in downtown redevelopment, including the new University Medical Center, that the defunct hotel caught anyone’s eye. 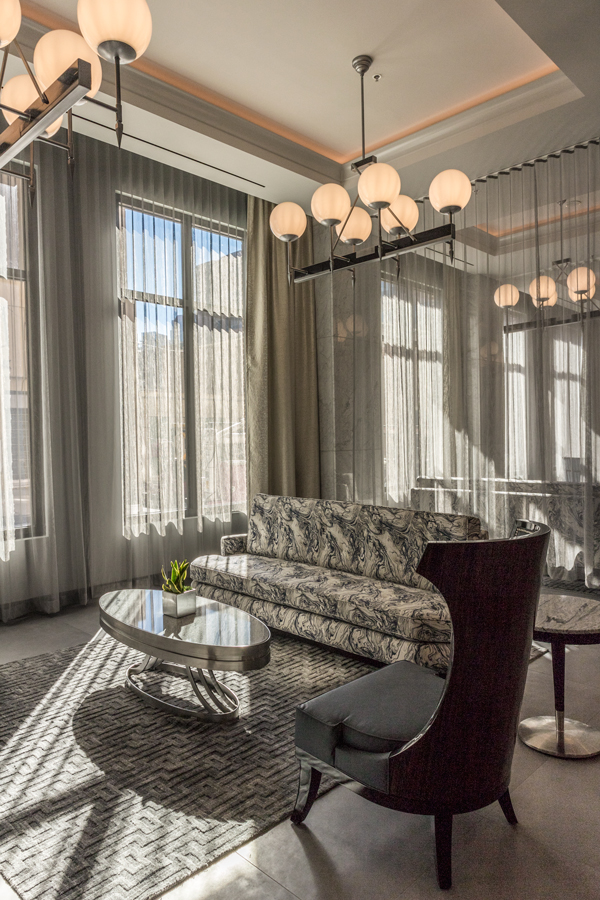 Developer Joe Jaeger of MCC Real Estate purchased the property in 2007; work began in 2015, and, after a $140 million “restoration and re-imagination,” The Jung Hotel & Residences enjoyed a successful soft opening at the beginning of the new year and plans a grandiose to-do at the end of February. In keeping with the needs of the downtown community, The Jung not only offers 207 “upscale, oversized guest rooms,” it also features 113 one- and two-bedroom apartments replete with luxury services.

Hotel guests will enjoy luxury accommodations with plenty of amenities like complimentary wifi, 48-inch flat-screen TVs, dry cleaning services, a rooftop pool, valet parking, artisan bottled water, walk-in showers, waffle cotton bathrobes and more. Residents have a separate entrance from the hotel and are privy to everything the hotel offers plus their own designated parking, and exclusive rooftop space with pool, reception area and party room. Both guests and residents will have access to a fitness center, laundry services, and a restaurant and bar for convenient dining and entertainment.

Seeking to continue The Jung’s reputation for luxury and refinement, the hotel’s owner tapped local interior designer Lisa Condon and partner Gus Arroyo of Lisambiance Design to create the appropriate decor. “We’re calling the hotel ‘classic modern,’” Condon says. “The classic part of it was the history of the building and the remaining intact architecture, which includes the elevator lobbies, the grand stairway, the existing bar and the mezzanine.” But even with a century-old structure, the owner expressed a desire for a modern design from the custom-made light fixtures and furnishings to the local artwork.