Bring on the Bourbon 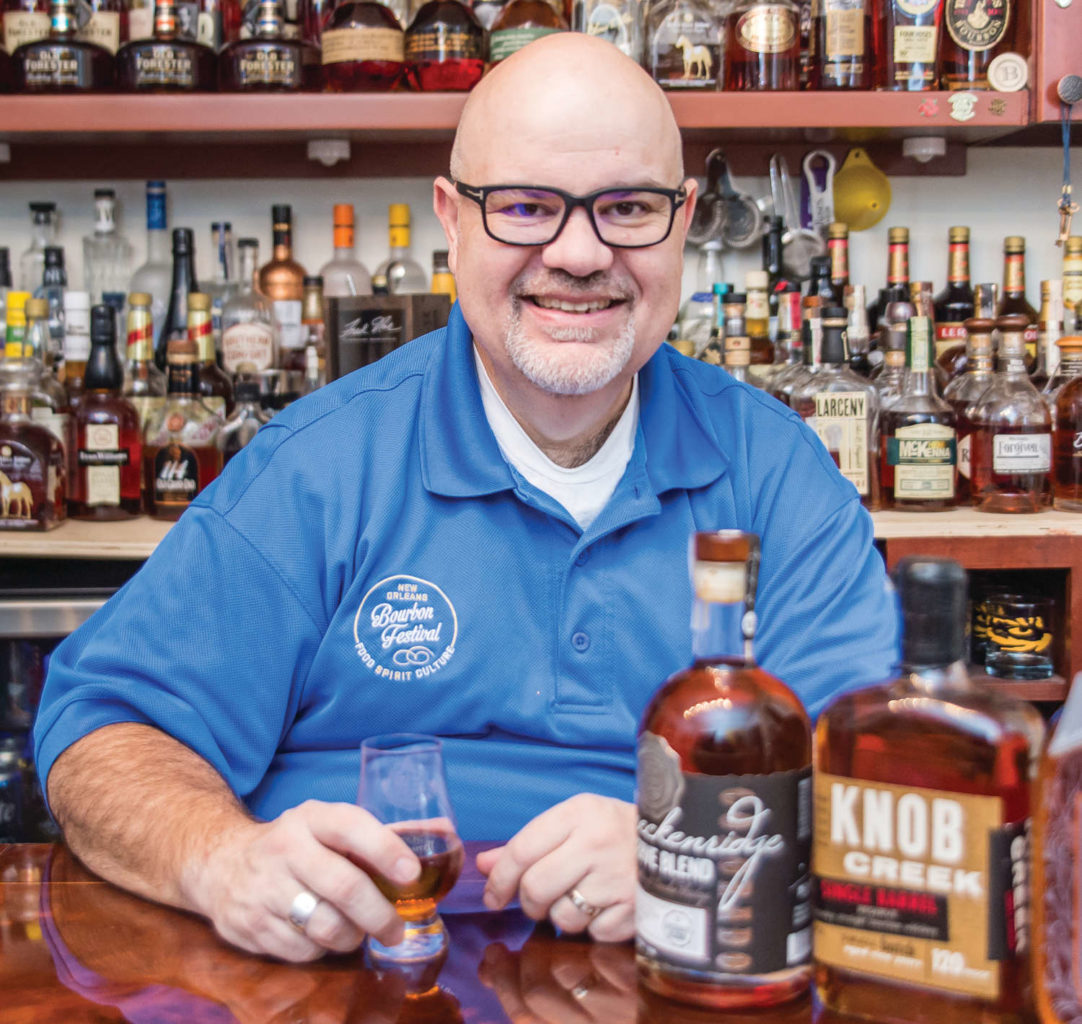 It was only a matter of time before native New Orleanian Tracy Napolitano founded the New Orleans Bourbon Festival (taking place this year March 8-10). He has collected bourbon for 10 years, and he says it’s a passion of his. The inaugural festival, which took place last year, was his way of connecting New Orleans with bourbon’s Kentucky and French roots. (Some believe that the name bourbon evolved in New Orleans after two men known as the Tarascon brothers arrived to Louisville from south of Cognac, France, and began shipping local whiskey down the Ohio River.)

When asked why he chose to create a festival based on bourbon over some other liquor (or even whisky in general), Napolitano simply points to his passion for the spirit. “There’s a lot of bourbon tourism throughout the country, and this festival is meant to celebrate bourbon in New Orleans,” he says. “Bourbon is part of NOLA’s rich history — from the port to Bourbon Street. It’s named after Bourbon Street, after all!” He does note, however, that American whisky is being added to the mix this year. That means patrons can get a taste of both, while doing a bit of comparing and contrasting.

Last year’s festival drew 1,700 people over the course of three days, and Napolitano expects between 2,000 and 2,500 patrons this year. Those lucky attendees will get to try more than 100 bourbons, meet with renowned distillers and experience an incredible lineup of events.

“When it comes to bourbon, we work with distributors and pretty much invite everyone,” Napolitano says. “We invite the people in the industry because this is an industry event for the consumer. We want to educate the consumer and provide the opportunity to meet their heroes — the master distillers are rock stars to them! For the seminars, we invite the foremost experts in the industry — from journalists and authors to historians. We try to bring the big names. “

Events during the festival include the themed “Bourbon Generations,” which will feature families from long lines of Master Distillers, including Fred and Freddy Noe of Jim Beam, and Eddie and Bruce Russell of Wild Turkey; a Bourbon Cocktail Competition; exclusive Pairing Dinners at some of the city’s finest restaurants including Compère Lapin and Toups South; a VIP Bourbon & Burlesque Party; informative seminars with expert panelists and two nights of Grand Tastings. Unique to this year’s festival is an exclusive Stave & Thief Society Executive Bourbon Steward Class that will teach attendees about the history of bourbon and distilling. “We tie in the theme of the prohibition era — that’s how the venue is set up,” Napolitano says. “The Noes from Jim Beam, the Russells from Wild Turkey and Rob Samuel of Maker’s Mark cover the history of bourbon. The dinners are a more intimate setting where the distillers spend time with the fans and tell stories. Patrons can also enjoy entertainment like live music from Matt Lemmler’s New Orleans Jazz Revival Band.”

A portion of proceeds from this year’s Bourbon Festival will benefit Kids Can NOLA, a non-profit that aids children in the New Orleans area by contributing to causes like education and medical aid. “It will fund other children’s charities like St. Michael Special School and provide tuition assistance for special needs children,” Napolitano adds. neworleansbourbonfestival.com

What next for you? “We’re always going to add new events to the NOLA festival, and we have ideas of bringing other bourbon events to NOLA,” Napolitano says. “We would like to develop this event and get our footing, but later on down the line we can do this in other cities that have a love of bourbon.”

What is in your liquor cabinet at home, and specifically what kind of bourbon?
“I have pretty much taken up our dining room, a couple of closets and a bedroom,” Napolitano says. “I have over 600 bottles of bourbon. We have a full bar that has anything our guests may want. In addition to bourbon, I do have a few scotches and whiskies from Japan, Canada and Ireland.”

What is your go-to drink?
“Lately I tend to drink the Breckenridge Reserve Blend selected especially for New Orleans Bourbon Fest,” Napolitano says. “Otherwise my go-tos are Old Gran-Dad Bottled and Bond, Weller 12 and Heaven Hill.”

999
previous Shane Finkelstein
next A Smalls Change Is Coming