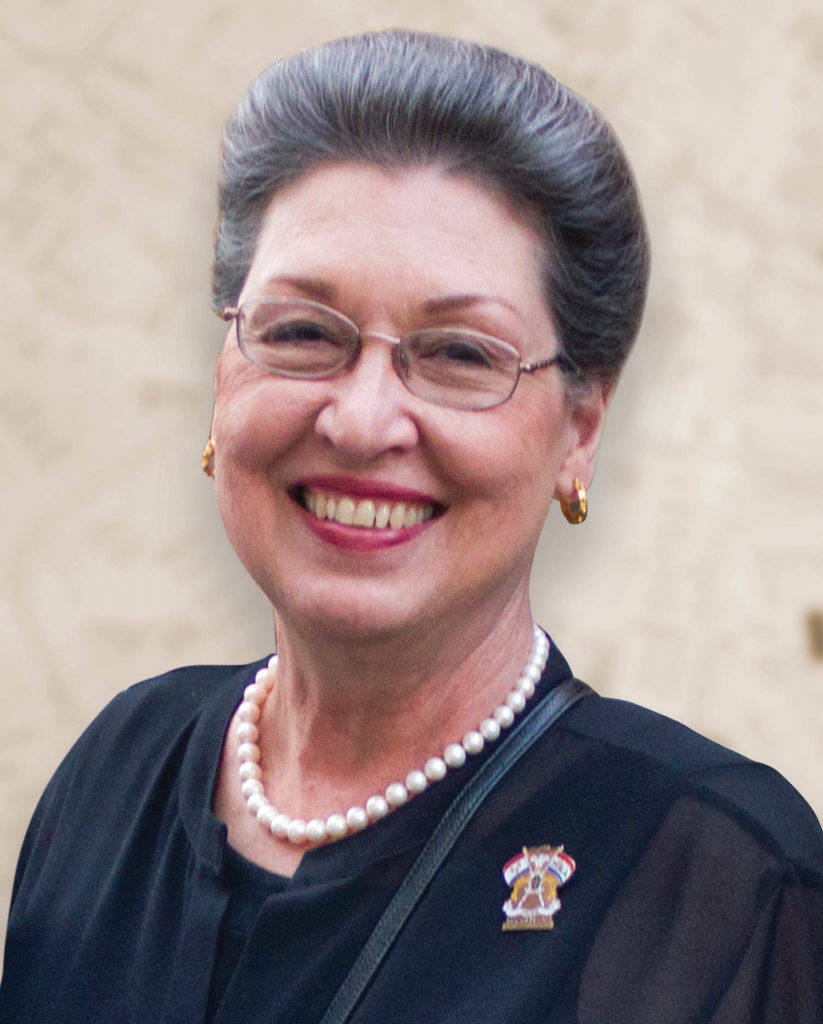 When Priscilla Lawrence, executive director of The Historic New Orleans Collection, had a chance to relocate from the Mississippi Gulf Coast to New Orleans, she jumped at the chance. She began working at the acting director at THNOC in March 1998, and she was appointed director not long after that. Over nearly 20 years, she has overseen the operation of the museum, the research center and the publishing arm of the organization. “My goal is to bring history to the public in a variety of ways — through exhibitions, books, lectures, student and teaching programs, etc.,” she says. “We bring scholarly research to the public and teach students that they don’t have to accept everything in textbooks. They can look at primary source materials to make up their own minds about what might have happened in the past.”

THNOC recently joined the City of New Orleans 2018 Commission’s Cultural and Historical Committee to hold the “Making New Orleans Home: A Tricentennial Symposium” March 8-11. The four-day event, which was chaired by Lawrence and former Associate Vice President for External Affairs at Xavier University Sybil Morial, featured lectures and cultural programming throughout the city. It was all in an effort to explore the 300-year history of how New Orleans came to be inhabited by diverse, vibrant people and how the concept of home has been central to the life and culture of the city ever since.

“By exposing the public to historians — those who research and study our history — we hope to tell everyone’s story [and] to foster knowledge and responsible citizenship based on current information,” Lawrence says. “We hope to spark interest and inspire further exploration into the many facets of our diverse backgrounds.”

The symposium served as the capstone event for the 2018 Commission’s Cultural and Historical Committee by offering the opportunity for a large cross-section of the community to come together, while enjoying music, food and exhibitions all while learning about a shared heritage. The lectures and panel discussions took place at a different location each day: Tulane University’s McAlister Auditorium; the Hotel Monteleone; Xavier University; and the University of New Orleans. “By having the event at four different venues, we were able to not only expand our pool of organizers, but we could also present this program in four points of the city — Uptown, the French Quarter, Mid-City and the Lakefront,” Lawrence says.

Lawrence and Morial joined forces to plan something meaningful for the public to commemorate the Tricentennial. They invited local scholars of New Orleans history to serve on a program committee. “Emily Clark of Tulane’s history department chaired the committee of representatives from UNO, Amistad Research Center, Loyola University, Xavier University and The Historic New Orleans Collection,” Lawrence says. “We depended on their expertise and knowledge of scholars around the country working in fields related to the general theme — Making New Orleans Home.

“I found all of the lectures interesting, from Daniel Usner’s overview of Native American presence in the area to the panel given by some who participated in the Civil Rights movement of the ’50s and ’60s — Doratha “Dodie” Smith Simmons, A. P. Tureaud, Jr. and Raphael Cassimere,” she says. “The archaeologists, Shannon Dawdy and Ryan Gray, gave results of recent explorations in the French Quarter and what the discoveries have meant to our knowledge of people living here over time. Leslie Harris ended with an amazing look at New Orleans since Katrina and what future we might have.”

Other cultural programming also took place throughout the city as part of this event, including a block party hosted by THNOC on Royal Street and an evening of activities dubbed “Minting NOLA Music” at the New Orleans Jazz Museum. Nearly 200 to 300 people attended the symposium each day, with nearly 1,000 attendees at the block party and 600 attendees at the Jazz Museum at the Mint.

“I think it’s so important to remind ourselves of just how many people and cultures have contributed to this city,” Lawrence says. “New Orleans is a true melting pot, and, 300 years later, we live in a place that continues to have a rich, multicultural identity that makes it simultaneously exotic, yet also inviting and welcoming to so many. It’s why so many make New Orleans home.”