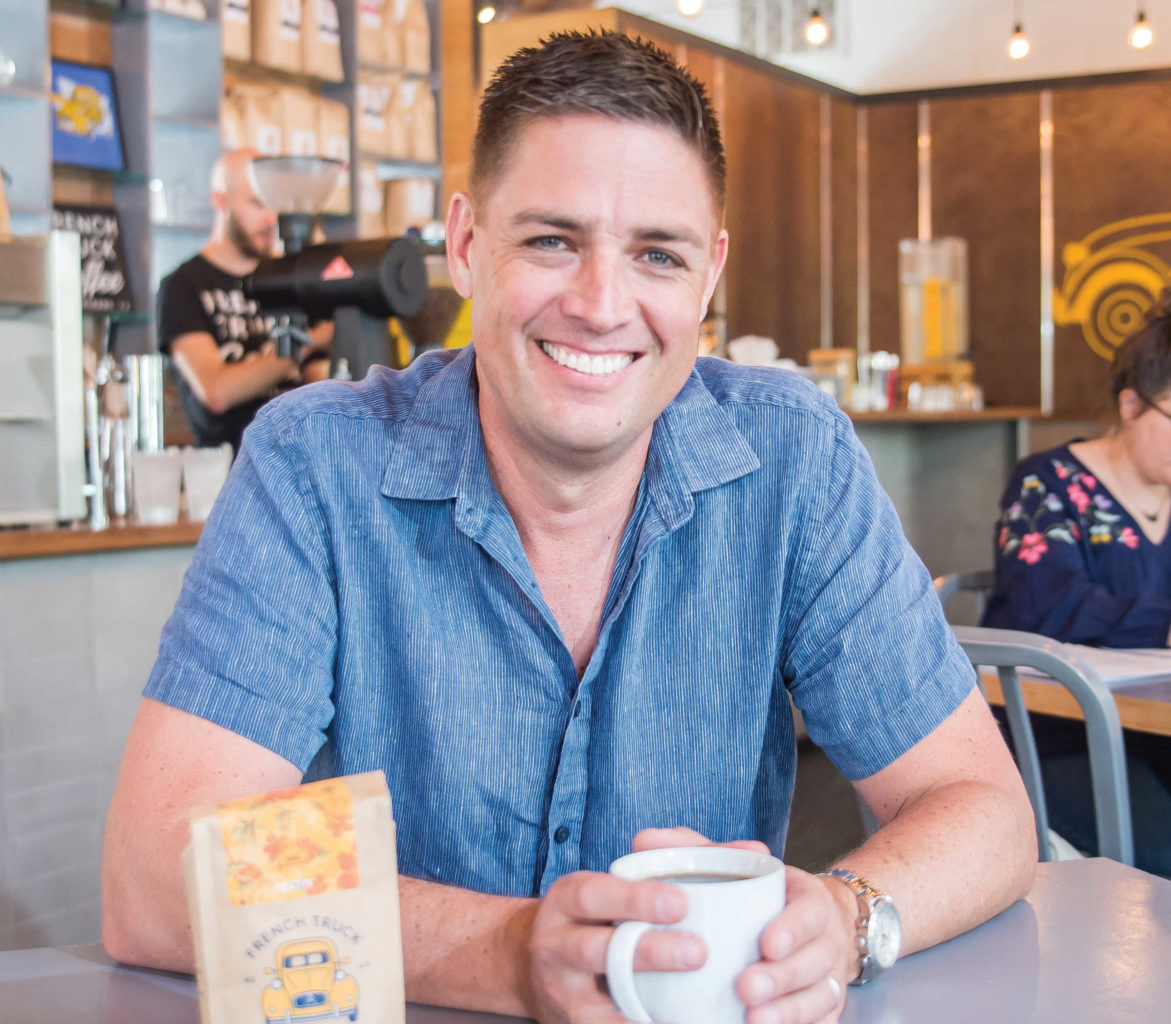 Devout coffee enthusiast Geoffrey Meeker, owner of locally based coffee roaster French Truck Coffee, now has three locations in New Orleans, plus another location in Memphis and one in Baton Rouge. Meeker, who hails from Danville, Illinois, moved to New Orleans in 1999 to work as a food and beverage consultant for W Hotels, and, like the rest of us, he fell in love with the city. His idea for French Truck Coffee came about in 2010 when he got a bag of freshly roasted coffee from California.

“I had been working in fine dining my whole career to that point and had never had coffee quite as good,” Meeker says. “I started researching and decided I could do it. I decided early on that I would use these little antique French Trucks to deliver in, and the name evolved out of that. Starting and owning a business is all at once the most challenging thing I have ever done and the most rewarding.”

Meeker buys beans from all over the world, working closely with the exporters in the country of origin, and visiting farms and cooperatives.  He works with several ethically sourced specialty coffee importers in the United States to get the coffee as quickly as possible after harvest to ensure the highest quality cup of coffee.

In addition to having easy access to all of the high-quality coffee he can handle, Meeker loves seeing the impact that he has at the farm level. “We travel to origin five to six times per year, and we get to know the exporters and the farmers,” he says. “We know that the farmers who are working to make a better life for themselves and their families are reaping the benefits of their hard work. We see better schools, social programs, new homes, new equipment and a better standard of living happening wherever the effort is being made by the exporter and our importer. We pay a premium for coffee over the big multi-nationals for the privilege of having the top-quality coffees, and those premiums make it to the farmers. It makes a huge impact.”

Focusing on small-batch, artisan coffee was a no-brainer for Meeker, who says that coffee is like all food — if you start with a really high quality ingredients and take care to prepare it well, it will always be superior to something that’s mass produced. “We find the best quality coffee we can afford and roast it just before it is ready sell or be brewed,” Meeker says. “Every bag we sell tells you when it was roasted.”

Meeker recently partnered with NOLA Distilling to create a ready-to-drink boozy concoction called the Coffee Cruiser. “We have fans of our iced coffee — big fans — and one of them happened to work at Nola Distilling and thought it would be a great pairing,” Meeker says. “I had in my head what would be a great coffee-based liqueur, and, after several different recipes, we agreed on the final product to go in the bottles. It was created with the idea that you could just pour it over ice, and it’s ready to drink. We are getting great feedback on the original flavor. If it keeps going well, I could see some more flavors and maybe some holiday blends.”