Lisa Coleman, the keyboard player, pianist and vocalist for The Revolution, joined together with her bandmates to perform a funky, feel-good show to celebrate Prince and his music in New Orleans. 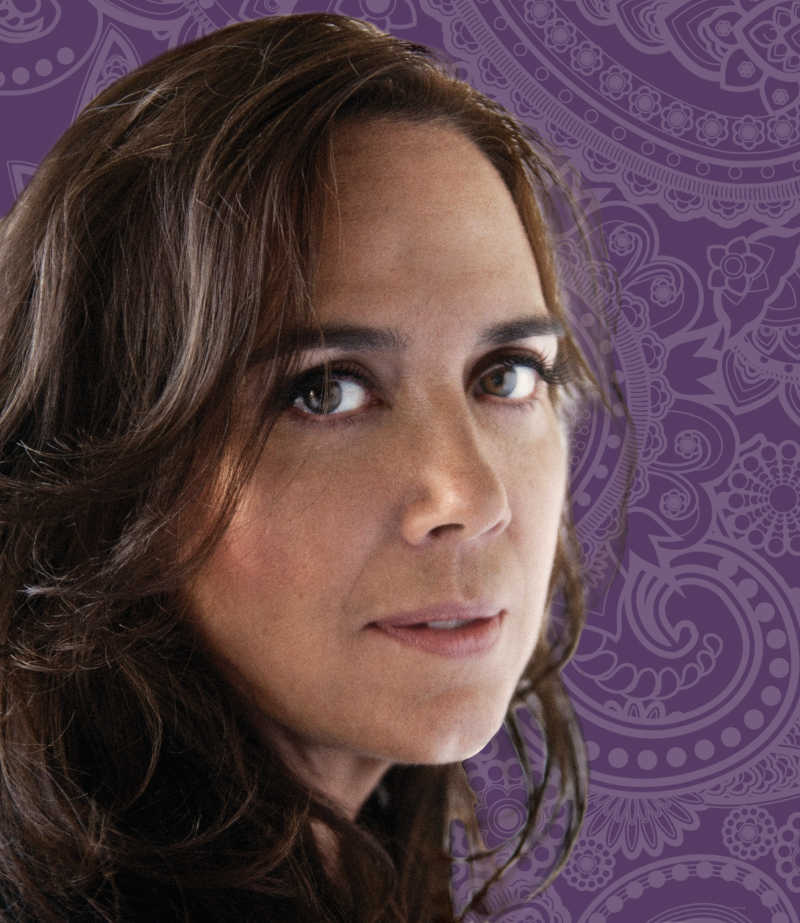 Fans across the globe have mourned the loss of Prince since his untimely death more than two years ago, but his legacy and spirit live on through his dynamic music. Several musicians who are personally feeling a profound sense of loss for the enigmatic artist and who are bringing his music to life like no other are the musicians of his former band The Revolution, including keyboard player/pianist/vocalist Lisa Coleman, who began playing with Prince in 1980 on several tours and hit albums. Although The Revolution disbanded in 1986, after Prince’s death in 2016, the members decided to come together again to celebrate Prince in the best way possible — by playing reunion shows in North America to bring his prolific music to fans live in concert.

“When we heard the news about Prince’s death, it was so unbelievable,” Coleman says. “We have difficult feelings because our relationship with Prince ran the gamut. We had such an intense time together. It was everything from some really dark days of hard work and feeling so beat, to having absolute joy through all of the amazing experiences we had together, like movie premieres and incredible concerts. The range of feelings we share is huge and the way to deal with that is to play music. It’s funny how it all leads right back to that, and that’s fine with me.”

Not wanting to leave New Orleans off the map, The Revolution put on a dazzling show at the Joy Theater Feb. 22. “Oh wow, our show in New Orleans was amazing,” Coleman says. “That whole day in New Orleans was awesome, and the Joy Theater was across the street from the Saenger Theatre where we played 30 years ago, so it was amazing just to be there. When we went to our sound check and we looked across the street, we were like, ‘Oh my God!’ It just brought back so many memories. We took pictures of the marquees of both places. It was just a thrill to be in New Orleans, and the gig itself was unbelievable, and the crowd was really a great crowd. The response was incredible, and we were just blown away. We had a great time.”

Coleman was joined by her former bandmates, guitarist and vocalist Wendy Melvoin; drummer Bobby Z; bassist and vocalist Brown Mark; and keyboardist and vocalist Matt “Doctor” Fink for The Revolution’s New Orleans show. Thanks to the amazing response to their surprise announcement of their first tour in decades, they’ll play more dates later this year, including stops in San Francisco and New York. The Revolution was formed in 1979 with Prince, Bobby Z and Matt Fink, and, over the next four years, the group evolved into the legendary final lineup that included Coleman, Melvoin and Brown Mark, a dynamic band that Prince believed could handle the challenging task of mastering his musical vision. The Revolution performed on three Prince albums: Purple Rain; Around the World In a Day; and Parade. Coleman also played keyboards on the albums Dirty Mind, 1999 and Controversy. Prince and The Revolution garnered multiple hit songs, including “1999,” “Little Red Corvette,” “Let’s Go Crazy,” “When Doves Cry” and “Kiss,” as well as two Grammy Awards and an Oscar in 1985 for the song “Purple Rain” for Best Original Song Score. Coleman also was a session player for two of Prince’s side projects, The Time and Vanity 6.

Coleman’s history with Prince began when she was 19 years old. She flew to his hometown of Minneapolis to audition with him, but and things got off to a weird start. “Prince actually picked me up from the airport and drove me to his home,” says Coleman, who happened to be shy like Prince. “I kept expecting him to do all the talking, and he probably expected me to be a chatter box, but neither one of us were really talking much. I had no idea back then and I asked him, ‘Do you mind if I smoke?’ and lit a cigarette in his car, and, later on, I found out he hates cigarettes! It was so funny because it was really uncomfortable. We got to his house and he pointed downstairs and said, ‘The piano’s down there,’ and he went to call his manager to say, ‘Forget it, it’s not going to work.’ He was already sending me home! But I went downstairs and started playing the piano, and then he told his manager, ‘Hang on — she sounds awesome.’ He came downstairs and picked up a guitar, and, once we started playing together, we both loosened up a lot. I think we were both too cool for school at first. When you meet someone you are going to play music with, you have to let go of your pretenses and be willing to make mistakes, because if you’re not making mistakes, you’re not trying hard enough and not opening yourself up. As soon as I could open myself up to him that way and we had that flow, we became like best friends. He was a brother to me, and I loved him. Luckily I played something good on the piano!”

In 1983 after Coleman introduced Prince to her close childhood friend, guitarist Wendy Melvoin, she fell right into place and helped to create the exciting sound that made The Revolution famous. “Wendy really did help create what was The Revolution at that time,” Coleman says. “She just added that last little magical fairy dust with her tinkering on the guitar. Prince was so excited and he was just, like, so in love with her, like, ‘Where have you been all my life, Wendy?’ It was great! She injected the band with some new energy at such a volatile time — it just really helped spring the whole band forward, and the rest is history!”

After working with Prince, Coleman and Melvoin branched out as a musical duo and released their debut album, Wendy and Lisa, in 1987. They have released five albums and have collaborated on albums with artists such as Joni Mitchell, Eric Clapton and Grace Jones. “It’s so awesome,” Coleman says. “The whole time we were working with Prince, we were in such a bubble and we were so focused on the work that we didn’t know how popular we were. To find out that these other artists knew of us and were interested in working with us, it was Christmas! It was amazing.” In recent years Coleman and Melvoin have focused on composing music for film and television, and even won an Emmy Award for Outstanding Original Main Title in 2010 for their theme to Nurse Jackie. “Music in a movie lures you in,” Coleman says. “It’s kind of invisible, but it’s very effective and really magical when you do it right.”

In 1985, Prince and The Revolution played a memorable concert at the Mercedes-Benz Superdome that Coleman will never forget. “People ask me if I have a particular memory that sticks out, and it’s that gig at the Superdome because that’s probably the biggest indoor venue we’ve played,” Coleman says. “During that show, Prince asked to turn on the houselights so they turned on the houselights, and it was so unbelievable to see a sea of people as far as the eye could see that Prince immediately screamed, ‘No, turn them off!’ It was insane!”

Coleman, who has played music in New Orleans a couple of times, says that this is one of her favorite cities. “Oh my God, I love just about everything about it,” she says. “New Orleans is so alive and there’s always music playing everywhere in the streets. You’ll be walking around and be like, ‘Where is that music coming from?’ It’s just coming out of the walls everywhere! The whole vibe, the weather, the air is thick and you can feel it, and you have to eat beignets and drink that awesome coffee! It’s sensory overload, and it’s really good. It’s fun, but it’s also dark — there is a dark side to it. It gives you that mystery. And you have to be careful — don’t let your dark side out in New Orleans ‘cause it may take over!”

The Louisiana SPCA will recognize Coleman as an animal lover and advocate at an upcoming fundraising event in 2019. “I have two greyhounds,” Coleman says. “The way that these dogs are treated and what happens to them in the racing industry is just horrible. I have been rescuing dogs my whole life. Losing a dog is so hard and sad. It’s a full life with these guys. They can’t take care of themselves, so we have to help them. If they had thumbs maybe they could help carry the groceries in!”

Prince is in Coleman’s thoughts often, especially when she plays music. “When I’m playing the piano, he’s like a filter that I run everything through,” she says. “You know, like, ‘Would Prince like this? Oh my God, Prince would love this!’ Now it’s really sad because I wish I could play things for him and get his input.”

Coleman and the rest of The Revolution have been overjoyed by the response they’ve received from fans while on tour. “Some people are crying because we’re sharing this loss and the love for Prince,” Coleman says. “It’s been really incredible to physically be with so many people and go through the emotions and cry and laugh and dance and party. It’s been the most profound tour I’ve been on. We just want to make sure the fans know we are doing this for them and that we want them to take the music back — it’s theirs now. Prince belongs to all of us now, and we can celebrate that now by enjoying the music.” facebook.com/therevolutionmusic, @therevolution, @wendyandlisa