Whether he taught you how to ride a bike or make your first lasagna, your dad deserves the best for Father’s Day. 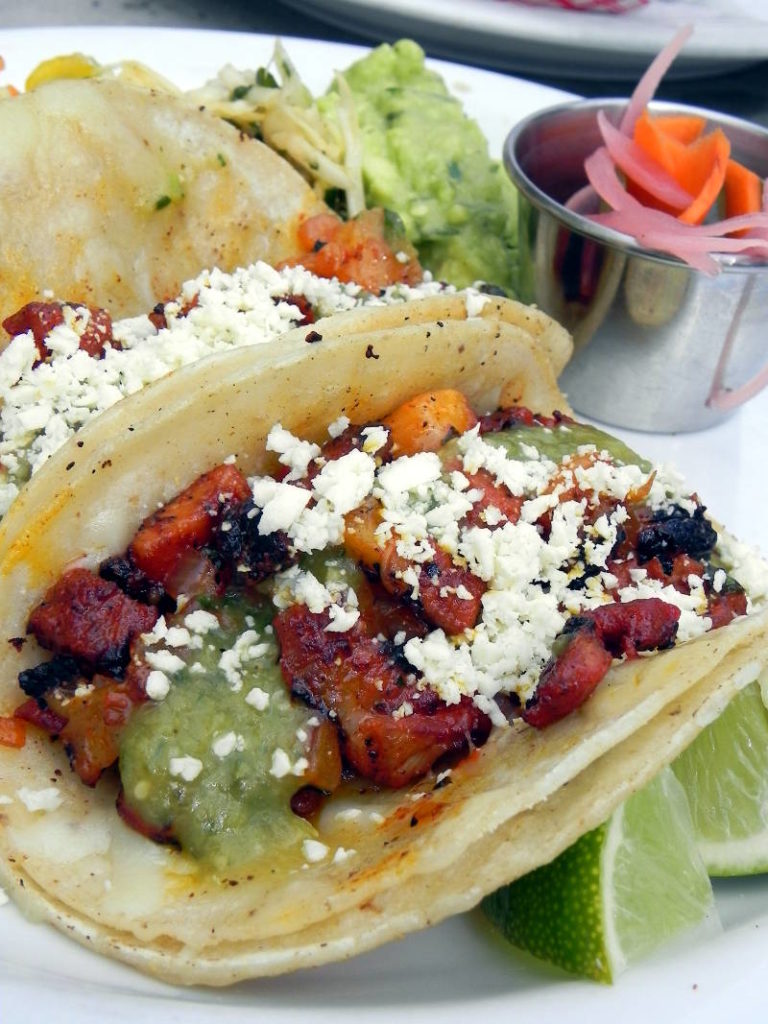 Lunch at: Tucked back at the end of Oak Street close to the river, Cowbell is a neighborhood gem created and run by talented chef Brack May and his wife Krista Pendergraft. Open now for almost seven years, this old gas station-turned-restaurant offers an incredible menu of stepped-up comfort food from with everything from the signature grass-fed beef burger to carne asada tacos, mac ‘n’ cheese and homemade apple pie. 8801 Oak St., (504) 866-4222, cowbell-nola.com

Quaff at: Two years ago, founder Justin Boswell renovated, restored and re-opened the historic Gem Theater in the Broadmoor neighborhood for his concept Wayward Owl Brewing Co. Step inside the tasting room and sample the creations from the Clean Slate IPA to the Tawny Twit English Pale Bitter and the Grind Brown Ale. You can also size out your suds from a brewer’s pint (20 ounces) and half pint (12 ounces) to the take-home, 32-ounce growler or a standard six pack. 3940 Thalia St., (504) 827-1646, waywardowlbrewing.com

Let the good times roll at: For almost 40 years, Le Bon Temps Roulé on the corner of Magazine and Bordeaux streets has been a beloved venue for live local music. Stop into this popular neighborhood bar for cold beer, a game of pool and possibly some free oysters, or grab your drink and head straight to the back for music from the likes of Joe Krown and Walter “Wolfman” Washington, the Soul Rebels Brass Band, Tom Leggett, Michael Vincent Band and more. 4801 Magazine St., (504) 895-8117, lbtrnola.com

Revive at: Located in the bright brick building on the corner of S. Broad Avenue and Eve Street, Laurel Street Bakery has been serving up breakfast and lunch in the Broadmoor neighborhood for almost five years now. Owner and baker Hillary Guttman offers specialty coffee drinks, from a simple cuppa joe to an Americano, plus tons of baked goods like bagels and spreads, muffins, croissants, turnovers, scones, quick breads and more. Plus, the bakery features bagel breakfast sandwiches, French toast made from buttery brioche and a sinple breakfast with eggs, toast, bacon and fresh fruit. 2701 S. Broad St., (504) 897-0576, laurelstreetbakery.com

Reel ’em in at: With the multitude of things to do at New Orleans City Park, who knew that fishing was one of them? Apparently there’s plenty of fish to be found in the park’s 11-plus miles of lagoons, and, every spring, the park plays host to the Big Bass Fishing Rodeo & Fishtival! Though you can’t boat through the waterways, you’re welcome (with a valid Louisiana fishing license) to cast from the shoreline and hopefully hook a largemouth bass, blue catfish, red-spotted sunfish or bluegill. 1 Palm Dr., (504) 482-4888, neworleanscitypark.com/in-the-park/fishing

Dine at: Dazzle Dad with some dry-aged beef at the upscale French Quarter steakhouse Doris Metropolitan. Opened about five years ago on Chartres Street, Doris features mouth-watering USDA Prime cuts from rib eye to porterhouse, plus the ever-popular Japanese Wagyu. Add amazing appetizers like cured fish bruschetta or beef carpaccio, and finish with a chocolate torte or affogato, and the evening will linger on your palate for some time to come. 620 Chartres St., (504) 267-3500, dorismetropolitan.com/en/new-orleans

Root, root, root at: Head to the Shrine on Airline in Metairie for an afternoon of sun, fun and baseball with the Crescent City’s own minor league team, the New Orleans Baby Cakes. Grab a few hot dogs, a couple of beers and a box of Cracker Jacks while you root, root, root for your home team. This month, watch the Baby Cakes take on the Memphis Redbirds or the Sacramento River Cats. Get the schedule; grab the whole family; and go out to support the team. milb.com/new-orleans

Relax at: Offering New Orleans-style barbecue, Central City BBQ has been cranking out sumptuous smoked meats for more than one year now near I-10 on S. Rampart Street. A collaboration between chef and restaurateur Aaron Burgau and Marc Bonifacic, this huge joint offers both indoor and outdoor seating and all the smoky goodness you’d expect from a ’cue. Get your meat on with a rack of ribs, pulled pork, prime brisket and smoked turkey. Sink your teeth into the Pit House plates of prime brisket burnt ends or Cowboy Candy (a.k.a. pork belly burnt ends) served with a side of crispy Brussels sprouts or sweet corn spoon bread, and breathe a sigh of a weekend well spent. 1201 S. Rampart St., (504) 558-4276, centralcitybbq.com