Trey Edmunds gets his chance. 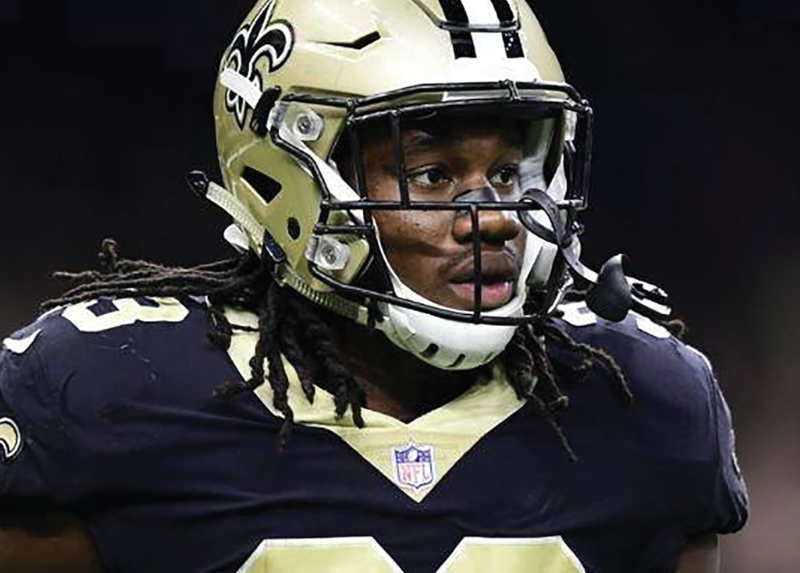 The 2018 New Orleans Saints received a severe and surprising blow when, in the course of its training camp preparations, the team and its fans received word that stalwart running back Mark Ingram would be suspended for four games. While such suspensions are well known in the NFL, and not always clearly deserved, they are nonetheless a fact of life to be dealt with squarely. On the other hand, as happened with wide receiver Willie Snead in 2017, such suspensions can have far ranging effects on the offense. The team will treat such an event like an injury and adjust accordingly, but when such a player returns, as often happens with an injury, the offensive scheme and the player’s role in it may not look the same and indeed may never return to what it once was ever again.

Snead himself in 2017 returned to an offense that looked considerably different from the one in which he had enjoyed so much success in 2016. In losing Ingram, the Saints would seemingly need to lean a great deal more on last season’s NFL Offensive Rookie of the Year Alvin Kamara. One of the NFL’s great sleeper draft picks of the last 10 years, Kamara emerged as a third round selection to generate 1,901 total yards (1,554 from scrimmage) and 14 total touchdowns. His efficiency — 6.1 yards per carry, 10.1 yards per reception and 31.5 yards per kick return — was spectacular. However, his totals were almost evenly split in the running and passing games and, while he quickly transformed from a wrinkle to a fixture during the course of the season, he almost always surrendered a large portion of playing time to Ingram.

Ingram accounted for 55 percent of all snaps at running back, and he also tallied huge numbers himself, including 1,540 scrimmage yards and 12 touchdowns. Considering the Saints enjoyed great success, effectively relying heavily on the running game for the first time since the 2009 season, it is almost certain they will do so again in 2018. However, in order to do so, they will need to find an effective replacement for Ingram one way or another. Most immediately, that will be for the first four games of the season, but whoever steps in could also carve out a role for themselves for the rest of the year, while also gaining a foothold in their future career.

Trey Edmunds will have a solid chance to step into that breach. Edmunds truly leapt into the consciousness of the league with an explosive 41-yard touchdown run on his first carry as a pro in the eighth game of last season against the Buffalo Bills. Expected to be a special teams performer after surprisingly making the final roster as an undrafted free agent out of Maryland (by way of Virginia Tech, where he began), Edmunds showed a flair for the big play by executing a technically perfect run. Edmunds demonstrated vision and burst as he exploited a hole between the left tackle and guard, then turned the corner down the left sideline, galloping with acceleration past defensive backs into the end zone untouched. The son of an NFL veteran (Ferrell Edmunds, who is also a football head coach at Dan River High School in Virginia), and the brother of two first-round draft picks this year (Tremaine Edmunds and Terrell Edmunds), Edmunds exudes size, speed and talent on the field, but also knowledge of the game. While that run against Buffalo received some attention in NFL circles, what was perhaps forgotten was that Edmunds also scored on his first college football carry, a 77-yard touchdown run against Alabama. A former Virginia State track champion, Edmunds has innate breakaway speed and uncanny timing, but he also had a string of bad luck with injuries in college in two consecutive seasons that ultimately led to his transferring to Maryland and going undrafted in the NFL.

It was during 2017 training camp that head coach Sean Payton and the Saints saw something special. “I think what we saw from him as a runner and on special teams during training camp, we felt very positive about him… we’re not afraid to put him in,” Payton said. “He’s really progressing with his time here. I think obviously he had a very good training camp. Then opportunities maybe in practice where he is getting a rep here, and you also get to see him do some stuff on scout team. I think you pay attention to his performance and like what you see. You have a smart football player.”

In particular, the praise of Edmunds as a smart player, one perhaps taught the finer aspects of the game early by a father who was an NFL veteran himself and a head coach as well, is a good indicator that Edmunds will get additional chances — and perhaps the primary opportunity — to fill Ingram’s role at the beginning of 2018. Edmunds will have considerable competition, as he will be facing former Arkansas star Jonathan Williams (the Saints’ own seventh-round pick out of Louisiana Tech), Boston Scott and veteran Daniel Lasco for that very same role. All bring something special to the table.

Williams had his own promising rising career mysteriously interrupted in Buffalo and has shown considerable potential. Scott, albeit diminutive (at 5-foot-6-inches tall) has been praised by talent scouts, but it remains to be seen if he can fill an NFL lead back role of the sort required by the Saints. And Lasco seemed well on his way to being the primary Saints multipurpose backup until a debilitating back injury cut short his season in 2017.

The Saints will be approaching the 2018 season in need of a running back who can pound the ball in the stead of Ingram — and who also is well stocked to do so — and, when the first game finally arrives, it may just be Edmunds getting that chance.

178
previous Uncovering the Past
next Plan Ahead for Summer Travel