These are the players to watch in the 2018 New Orleans Saints training camp. 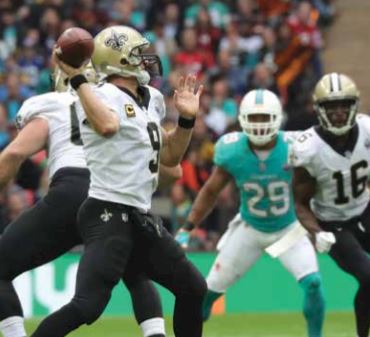 Intrepid observers of the New Orleans Saints know that July is always the month when training camp happens. A yearly tradition that started in 1967, the Saints have held training camp in some surprising places, including Vero Beach, Florida; San Diego and Oxnard, California; Bowling Green, Ohio; LaCrosse, Wisconsin; White Sulphur Springs, West Virginia; and six different locales in Louisiana and Mississippi. However, there is no place like the franchise’s home in Metairie, where the team returned in 2017 after a long hiatus and where they will again be in 2018.

It may be sheer coincidence, but, in all the three years they spent away, the Saints missed the playoffs. Yet in all of the last four seasons under Sean Payton as head coach, when preparing for the season at home, the team has made the playoffs. What the home locale also offers, besides perhaps good luck, is a chance for the home team fans to watch and enjoy the team’s preparations, and to get a sneak peak at the season’s offerings in advance. The Saints in 2018 will be featuring some key position battles, featuring new faces, like first-round draft pick and hopeful future star Marcus Davenport; familiar personalities like tight end Benjamin Watson, who is returning after two seasons away; and some underdogs like backup quarterback Taysom Hill, who will be trying to launch himself into a longterm NFL career.

The Saints’ most audacious draft day strike in years occurred this May when the team selected defensive end Davenport from the University of Texas at San Antonio by moving up into the first half of the draft. The team did so by means of surrendering its first-round draft picks this and next year, as well as a fifth-round draft pick this season. The Saints are counting on Davenport to help the team further develop on the defensive side of the ball, an area that saw marked improvement last year as the Saints permitted 50 fewer passing yards and eight fewer points per game than the season before.

The Saints also increased their sack total from 30 to 42, which proved crucial in end-of-game situations in which the Saints had so often proved lacking in the previous three seasons where they had missed the playoffs. Even so, in the divisional playoff game versus the Minnesota Vikings, the lack of a right-side edge rusher who could reach the opposing quarterback single handedly in the waning moments perhaps was the missing link in what had otherwise been an exemplary game. It was also during a season in which the Saints had become a top defense, featuring suffocating backfield coverage and consistent pressure up front.

Another featured appearance for the 2018 training camp will be Benjamin Watson, the former first-round draft pick of the New England Patriots way back in 2004 who had his best season receiving as a pro with the Saints in 2015. Uncertainty abounds in light of the departure of Coby Fleener, but there is also the factor of the Saints’ turn in offensive philosophy toward the running game and Drew Brees’ laser focus on wide receiver Michael Thomas.

How the team will transition with the return of Watson is unknown considering that last year, all tight ends hauled in 45 receptions whereas Watson had 74 receptions all by himself in his final season with the Saints. Watson previously spent three seasons with the Saints — seasons that were beloved not only by fans but also by Watson himself, as his most important asset may not be his hands or blocking skills but rather his personal demeanor and leadership.

Having overcome an Achilles tendon injury with the Baltimore Ravens last year, Watson won the team’s Ed Block Courage Award, and he is also known for his community initiatives, such as the highly respected One More Foundation. He was a Walter Payton NFL Man of the Year finalist in 2015 and 2017, and he won the 2017 NFL Bart Starr Award, which is given by the league to the player who “best exemplifies outstanding character and leadership in the home, on the field and in the community.”

Another story to watch in Saints training camp this year will be the emergence of quarterback Hill, who will be battling newly acquired Tom Savage and J.T. Barrett for the Saints’ backup position behind Drew Brees. In 2013, Hill had a remarkable sophomore campaign playing in college for Brigham Young University, leading his team in rushing (with 1,344 yards and 10 touchdowns), while also taking almost every snap under center for the team in the course of throwing for nearly 3,000 yards and another 19 touchdowns. In a game versus the University of Texas at Austin, he ran for 259 yards and three touchdowns. Coming out of BYU, Hill had the fastest 40-yard time (4.4 seconds) of any quarterback in 20 years — something that not even Michael Vick could claim.

Signed by the Green Bay Packers as an undrafted free agent last year, Hill made some remarkable plays during the 2017 exhibition season, including a quick release pass on the run for one touchdown, and, on another, a weaving touchdown run reminiscent of Steve Young, but ultimately lost out in a crowded field. After being cut, the Saints immediately picked him up whereupon he became a feature on special teams — a rarity for NFL quarterbacks but a reality for Hill due to his special athleticism. He will have to overcome Savage, who has starting experience, and Barrett, who comes with his own remarkable athleticism and a championship collegiate career with the Ohio State Buckeyes.

111
previous Plan Ahead for Summer Travel
next Downtown Living: Spending the Summer Poolside