Master of the Meal 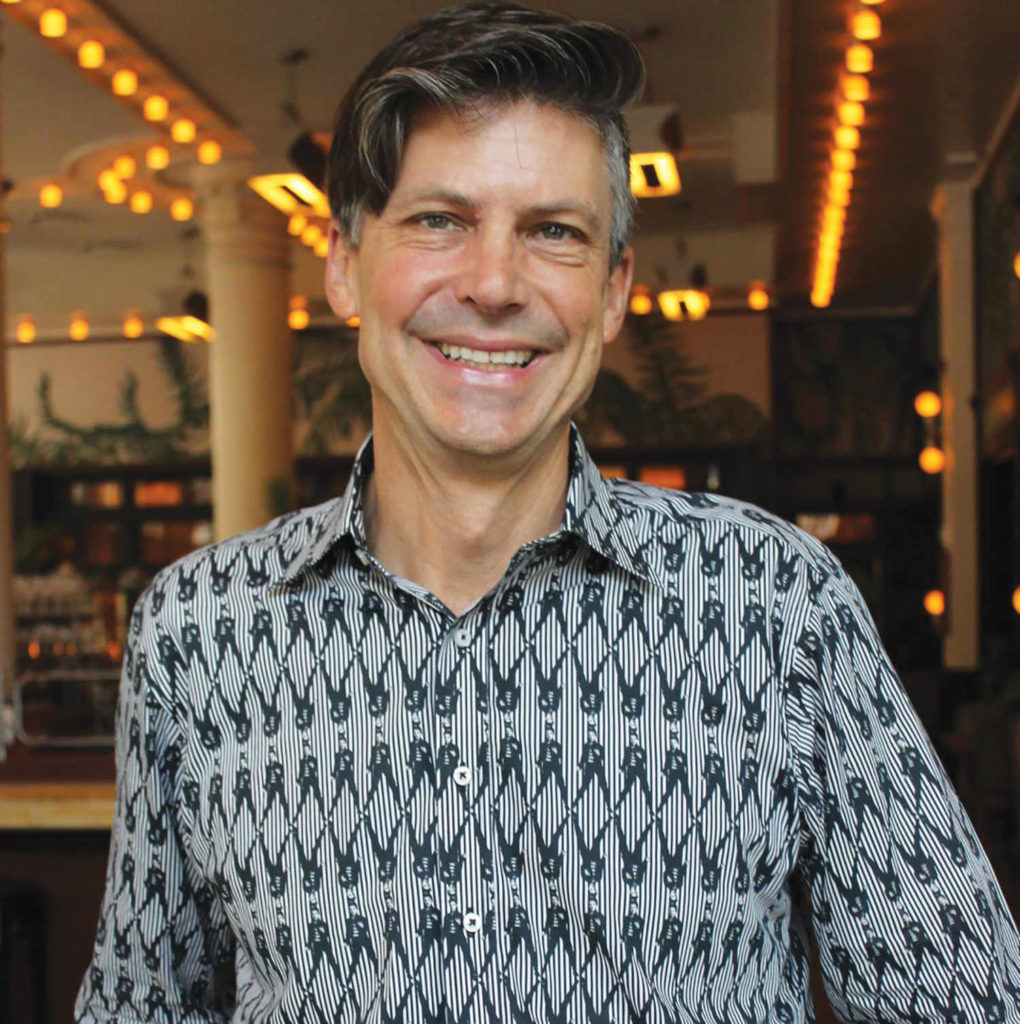 Andrew Jay, the food and beverage director at the Ace Hotel, grew up mostly in the Los Angeles area but has been in his position at the hotel since July 2017. In this role, he oversees all food and beverage at the property including Josephine Estelle, Seaworthy, Alto, the Lobby Bar and Three Keys, as well as banquets, catering and room service. “Duties include insisting upon and ensuring great quality of service, establishing creative programming for the property at individual outlets, training managers and staff, and modeling excellence,” Jay says. “I love providing joyful moments that become lasting memories for our guests with the team at Ace Hotel.”

While large menu changes take place seasonally, individual items are improved all the time. And when it comes to menu development and changes, Jay says it is always a collaborative effort with the hotel property’s two Executive Chefs, Chris Borges and Daniel Causgrove, plus culinary partners and James Beard Award-nominated chefs Andy Ticer and Michael Hudman. “Usually there is a discussion about an idea or concept that we think will be worth exploring,” Jay says. “The chefs then create the prototypes, and we test these with staff and other team members of the hotel. Based upon feedback, the menu is adjusted at this point. We then repeat this process during the first couple of weeks as we serve the items to outside guests. [The chefs] are all excellent at creating menu items themselves. Sometimes I stand back in appreciation of their creative talent and then join in the tasting parties.”

Jay originally became interested in food and wine as a child. “Food and drink were an important part of my parents’ lives — they had a monthly dinner group that was written up in Gourmet magazine, so my parents and their friends were my first and most important inspiration,” he says. “Also, I have been drinking wine since I was at least eight years old. My parents and their friends inspired me with their commitment to the art of dining, cooking and eating globally. In addition, I remember eating some really amazing Southern-style foods growing up. My family was originally from Texas, and some of their recipes became my strong and comforting ideas of what good food should be. I also read authors like Julia Child, Craig Claiborne, Patricia Wells and Ruth Reichl, and Gourmet magazine was always a staple in our home.”

Jay also drew inspiration from comedy movies. “Watching Charlie Chaplin eat and play with his food — the famous roll scene in The Gold Rush is a favorite,” he says. “Or Steve Martin ordering wine in The Jerk. Food and drink are how we ritualize our lives, and the rituals themselves speak to our relationship with eating and drinking.”

However, a singular experience stands out in Jay’s mind as an important foray into food. “[I] was celebrating my ninth birthday at the legendary Scandia restaurant on Sunset Boulevard in Beverly Hills,” he says. “It was fabulous to have a team of waiters appear magically with my fried Norwegian lobster tails served in a woven basket of fried potatoes.”

Jay went on to get formal training as a classicist and as an attorney. “My training in hotels and restaurants has been one long apprenticeship under some outstanding mentors — foremost Craig Shelton who, among other things, was the first chef on the cover of Gourmet magazine in the late 1990s,” he says. “Together we ran a New York Times four-star restaurant, the only such acclaimed restaurant outside of Manhattan. He encouraged me to learn hotels after running top restaurants. I have worked at Ojai Valley Inn and Spa in Ojai, California, and several Relais & Châteaux hotels. Several of these properties were AAA five-diamond or Forbes four- or five-star hotels. I have been associated with the top restaurant in at least four states too.”

Be sure to check out the new cocktail menu at the Ace Hotel, featuring some new mimosas and other sparkling styles. And at Alto (the chic rooftop bar), be sure to try the Frozé. “There are notes of elderflower, orange blossom water, and a splash of rum and lemon,” Jay says. “Food items this summer include new salads and local seasonal seafood at Josephine Estelle, our delicious pizzas at Alto (with some evolving ingredients on the pizzas as the summer season evolves) and a brand new Lobby menu … that encourages sharing and drinking.”

There are plenty of other highlights coming up at the Ace Hotel in terms of fantastic food and drink events. For example, Josephine Estelle recently hosted a wine dinner with Fabio Zenato wines that included a menu of scallop crudo, Mafalde, beef short ribs and goat cheese custard paired with a number of wines such as the Le Morette Chiaretto Rose and the Corte Volponi Ripasso. “Fabio Zenato’s wine came to our attention during a tasting of several Italian producers,” Jay says. “His wines stood out as broad enough to offer a variety of wines during a dinner and high enough in quality to make a meal special. Our goal is to offer at least four such dinner events a year at Josephine Estelle. These may sometimes be spirits dinners or beer dinners, so the type of alcohol served may vary.”

578
previous An LSU Tiger at FOX
next Dr. Lana Joseph