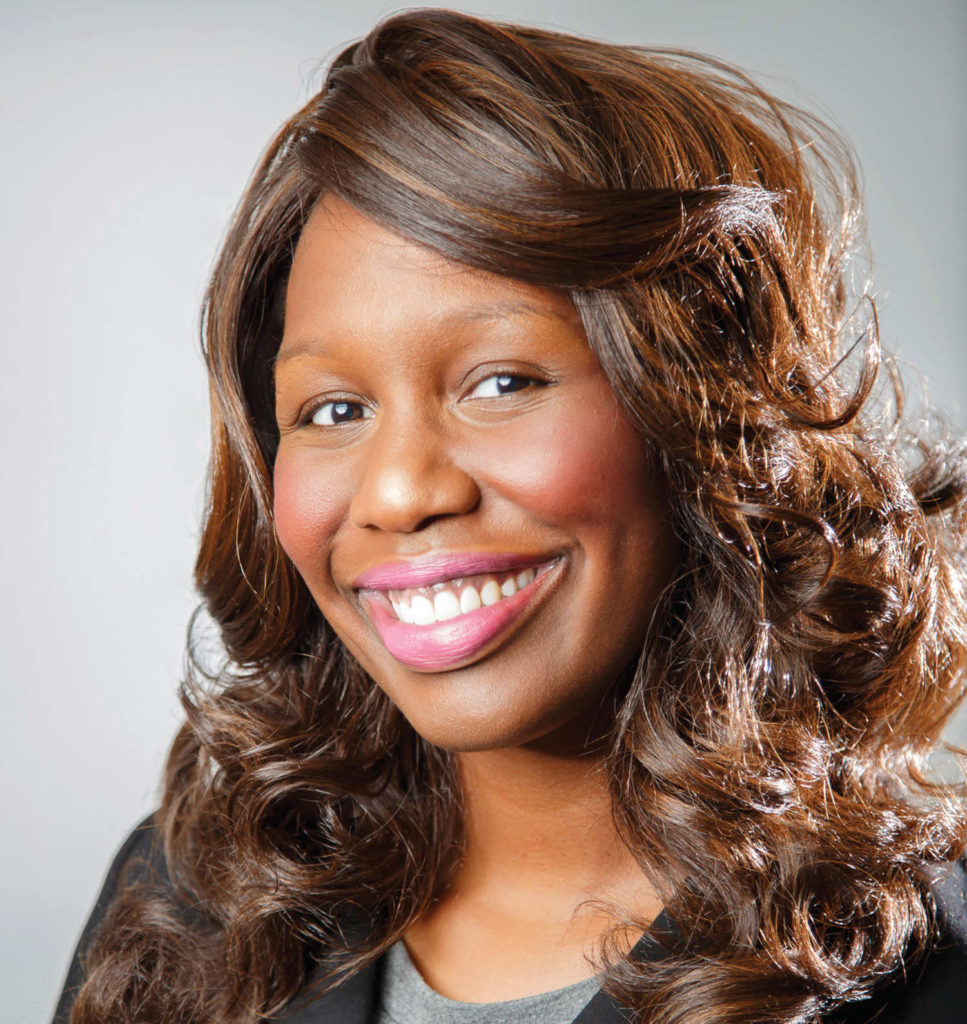 Audiologist and CEO of High Level Speech & Hearing Center, Dr. Lana Joseph, is originally from the West Bank. She grew up in Marrero and Belle Rose before moving back to New Orleans. “We called [Belle Rose] ‘the country’ because it was a very small town with a population of less than 1,500 people,” Joseph says. “Although a small place, ‘the country’ is where I learned major life lessons. Those past life lessons have contributed significantly to my success today.”

Joseph’s professional success comes in the form of opening High Level Speech & Hearing Center in Harahan on Jan. 18, 2016 to commemorate Martin Luther King, Jr. Day. Joseph thought, ‘What better way to commemorate such a courageous historical figure, than to open a community based speech and hearing clinic?’ My clinic in Harahan was opened on his birthday to honor his legacy.”

Joseph recently opened an Uptown location on Magnolia Street (this past May) near Napoleon Avenue. “When I opened the Harahan location, I didn’t quite realize the significance of the company that I had started,” Joseph says. “I knew there was a huge need for speech and hearing services, but I didn’t realize that the demand would result in two locations and maybe another in the future. There were so many people in need of speech and hearing services that didn’t live in Harahan and didn’t have the transportation to get to Harahan. I felt that transportation should not be a barrier between our patients and their access to care, so I knew something had to be done. Within just a few months, we found the perfect location with a huge parking lot and convenient access to public transportation. Now, we even have patients that walk to our clinic.”

High Level Speech & Hearing Center has a team consisting of three doctors of audiology, seven speech therapists and several support staff members. “Our company has been successful because of the compassion that they demonstrate, while performing high-quality care,” Joseph says. “Patients should expect to be greeted with smiles and to be treated by caring professionals. We are a family, and anyone who walks into our office immediately becomes a part of our High Level Speech & Hearing Center family.”

According to Joseph, there are several warning signs of speech and hearing disorders in children and adults. While adults are able to verbalize whether or not they are having difficulty with hearing, it’s a different story with children. “The top complaint that I hear [from adults] is, ‘I hear you talking, but I can’t understand what you are saying,’ Joseph says. “This statement is common among most people with hearing loss. Other signs include increasing the volume on the phone or television. Because children cannot verbalize their difficulty with speech or hearing, it’s really important for parents to pay close attention to signs of speech and hearing disorders in their children. A few common signs of speech and hearing disorders in children include failed newborn hearing screening; being unresponsive when their name is called; having excessive ear infections; and being over the age of two years old and not yet saying their first word.”

High Level Speech & Hearing Center also partners with schools, daycare centers and nursing homes to bring screenings to those who need them most. “It’s our company’s mission to increase access to quality care, to foster better learning in children and overall community wellness,” Joseph says. “We aim to provide services on a platform that extends to everyone regardless of race, language, age and socioeconomic backgrounds that may prevent them from receiving the care they need, even if it means stepping outside of our comfort zone. If our patients can’t get to us, then we’ll go to them.”

As a result of this mission, High Level Speech & Hearing Center is in the middle of a campaign inspired by an Under the Sea theme. “We are currently hosting a swimmer’s plugs campaign,” Joseph says. “During the summer, we see a lot of swim-related ear problems. So we are encouraging the community to stop by our office before their big vacation to get a pair of custom swim plugs. Swimmer’s ear can be extremely painful. It’s better to be safe than sorry.”

High Level Speech & Hearing Center recently celebrated its anniversary in May with a birthday bash to benefit Boys Town Louisiana. “Boys Town Early Head Start Program is a longtime partner of ours,” Joseph says. “Families need access to resources for their children who are enrolled in the program. The birthday bash was a celebration of how far speech and hearing has come within our community. We had a crowd of over 100 attendees. It was a huge success, and, in doing so, we were able to give back to our community in a big way.”

Joseph usually starts her day with morning prayer and exercise. “I read somewhere that most successful CEOs begin their day this way, so I figured that I must be right on target,” she says. “A few moments to yourself are certainly necessary to get your creative juices flowing.” Once she gets to work, she wears lots of different hats from CEO, to doctor, to custodian and sometimes even carpenter. “But I love the impact we make on our community,” Joseph adds.

Joseph’s fiancé, Jamaul, has been a part of High Level Speech & Hearing Center since it was just an idea. And Joseph is looking to expand the company to Baton Rouge. “[Jamaul] is the one who thought High Level would be a great clinic name,” Joseph says. “We plan to get married in Mexico early next year. I enjoy spending time with my family outdoors. My goal is to get an outdoor grill soon. This summer I hope to spend a lot time gardening, grilling and resting on the beach.”