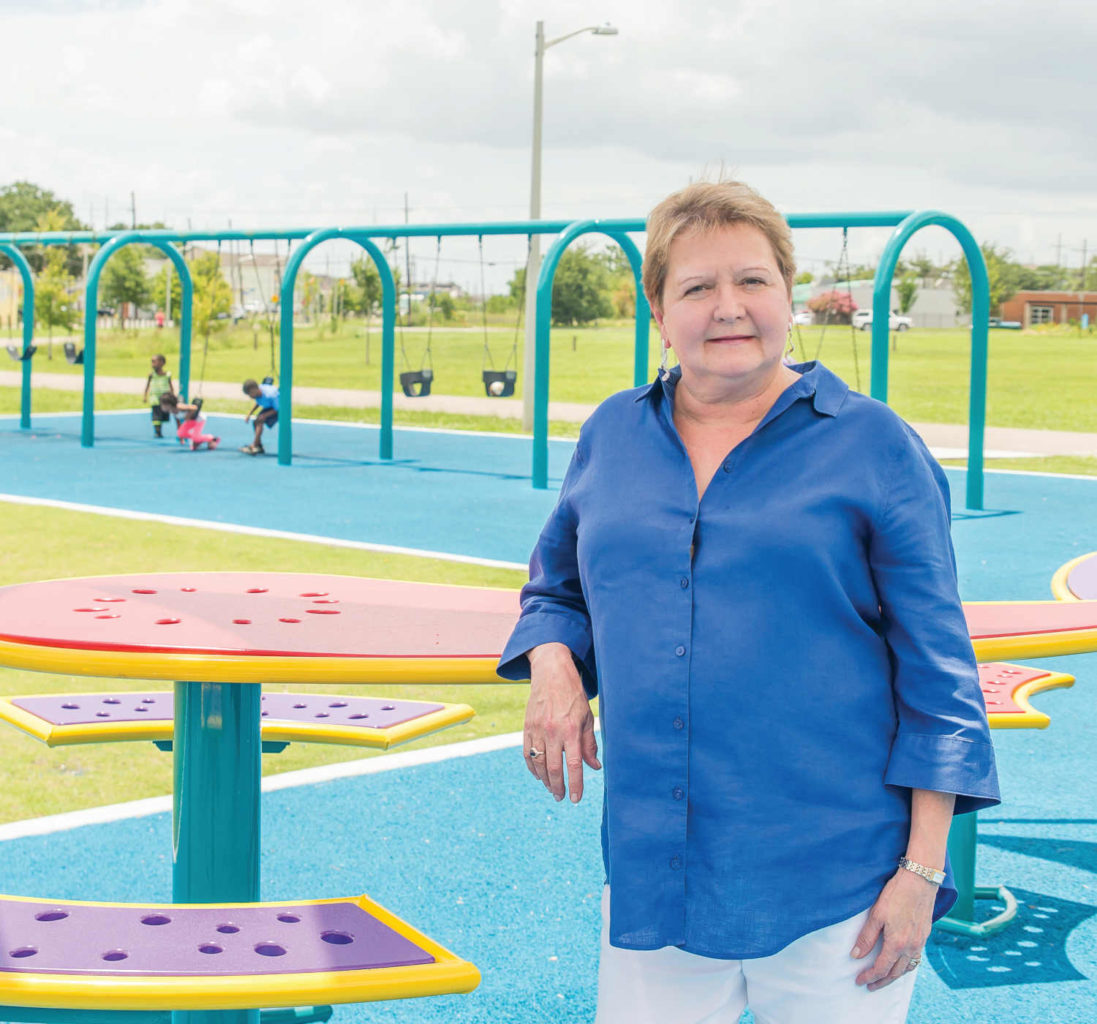 Former District A City Council Member Susan Guidry is a native New Orleanian who was born at Baptist Hospital and grew up on N. Miro Street near Esplanade Avenue. She bought a home on Cleveland Avenue in Mid-City in 1981, where she hosted more than a dozen block parties for Night Out Against Crime and 22 Endymion parties over the course of 24 years. Her deeper involvement in the neighborhood began when she became a member of Mid-City Neighborhood Organization in the 1980s. She also was a block captain and co-founded a Neighborhood Watch. She and her husband Hervin moved to Parkview — another District A neighborhood adjacent to Mid-City, in 2005 — but they have both maintained their MCNO memberships to this day. Guidry recounts a quote by Chris Rose that said, “You can live in any city in America, but New Orleans is the only city that lives in you.” “That’s how I feel,” she says. “There is no other city like her.”

That was in 2004, when Guidry decided to sell her office in exchange for becoming an early retiree who could enjoy leisurely strolls with her dogs to the bayou and to the park. “Three weeks later, Hurricane Katrina struck, and our federal levee system failed,” Guidry says. “The hurricane and its aftermath affected all our lives in a lasting way. For me, it changed the trajectory of my future. Little did I know that my response to Katrina would provide a winning resume for a campaign for City Council.”

In Feb. 2006, she agreed to represent Parkview on the District 5 Neighborhood Recovery Steering Committee, a recovery organization formed in accordance with the Bring Back New Orleans Commission Report and composed of representatives from seven neighborhood associations in the lake and City Park area. “We worked like an extension of city departments to help get critical services to the lake area; we weighed in on the viability of school facilities; and we were an information and communication hub for neighbors and businesses trying to return to the city and rebuild,” she says.

Other projects that Guidry has been involved with over the years include restoring a neighborhood firehouse, Engine No. 35; successfully fighting the reopening of a nuisance bar on Orleans Avenue in Parkview (the building is now the home of Mid-City Veterinary Clinic); joining with leaders of MCNO to get legislation passed to create the Mid-City Security District; and assisting on a lawsuit to help the Port of New Orleans recover insurance proceeds from its insurers for Hurricane Katrina damage to 22 miles of river property (the Port’s claims were settled for approximately $135 million).

In mid-2009, Guidry decided to run as the City Council representative for District A after Shelley Midura announced that she would not run for a second term. Guidry and other District A neighborhood leaders began to search actively for a candidate, someone who understood the importance of the recovery work and city planning work, and someone who would protect the neighborhoods. “I began to ask myself, ‘What is your excuse? You have no legal practice or employees; nothing to hold you back,’” she says. “I questioned who would vote for me and why; suddenly it hit me that all of the community leaders I had gotten to know and all of the recovery work I had done had prepared me for this role.”

Guidry served in the District A seat for two terms, from May 2010 to May 2018. “It’s hard to believe now, but, in 2010, many of us were still questioning whether the city would recover,” Guidry says. “Mayor Landrieu and the Council agreed that we would work not just to bring New Orleans back, but to make it better. To that end, my top capital projects priority was the design and build of the Lafitte Greenway. This incredible asset will continue to evolve and to be the biggest economic driver in the numerous neighborhoods that it traverses.”

Other projects of which she is particularly proud include Mid-City Market, the flagship Walgreens on Magazine Street, the Carrollton-Hollygrove Multipurpose Center and Costco. “There are stories of neighborhood and developer collaborations surrounding each of these projects,” Guidry says. “The redevelopment of West End, the boathouses and marina was not happening when I took office. I am pleased to have jumpstarted that project, and the area is now a work in progress.”

Another role of the Council is the regulation of public utilities, and Guidry served on the Council’s Utility Committee for eight years. She used that position to accelerate energy efficiency programming through the Council’s Energy Smart initiative and to advocate for the green industry. And, in her eight years as co-chair and chair of the Council’s Criminal Justice Committee, she has been committed to criminal justice reform. “As far as legislation other than criminal justice legislation of import, topping the list would be the Smoke-Free Ordinance that banned smoking in bars and casinos,” Guidry says.

Recently, the Greater Mid-City Business Association awarded Guidry with the 2018 Mid-City Person of the Year award. In part, it was to honor her role in advocating for the Krewe of Endymion to keep its traditional route in Mid-City. “I am honored that the Mid-City business community recognizes the work I have done on its behalf and the importance that I have placed on its welfare and prosperity,” she says. “Having lived a block off the route and having hosted Endymion parties for 22 years, you might imagine that I am an avid Endymion fan. As important as it is for the folks who live along the route, the economic boost to schools and many of the businesses along the route is vital to their existence.”

As to her second attempt at retirement (as of last May), this time Guidry is focusing on getting some well deserved R&R with a road trip that she and her husband plan to take. She also plans to get re-involved next year, and her concentration in volunteering will focus on the LA/SPCA and criminal justice reforms, especially juvenile justice reform.

822
previous Dr. Lana Joseph
next Man on a Mission