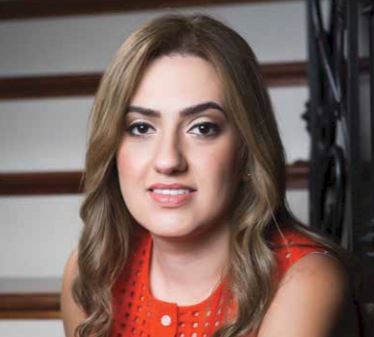 Epilepsy is a chronic neurological disorder in which a person has repeated seizures (a sudden surge of electrical activity in the brain). The seizures in epilepsy may be related to a brain injury or a family tendency, but often the cause is completely unknown. Currently, it is estimated that 3.4 million adults, and more than 470,000 children and adolescents in the United States live with epilepsy. Each year there are approximately 150,000 people diagnosed with epilepsy.

“There are abnormal bursts of electrical activity in your brain, sort of like an engine misfiring,” says Dr. Rana Abusoufeh, a neurologist at the Tulane Neuroscience Center. “This activity causes different symptoms depending on the type of seizure and what part of the brain is involved, such as physical convulsions, minor physical signs, thought disturbance or a combination of those. Seizures can take on many different forms and affect different people in different ways.”

CAUSES AND RISK FACTORS
The cause is unknown for about half of those with epilepsy. Some people with no known cause of epilepsy may have a genetic form of epilepsy. Young children may be born with a structural change in an area of the brain that gives rise to seizures. Once a person reaches middle age, strokes, tumors and injuries become more frequent and may increase seizures. Conditions such as Alzheimer’s disease or other conditions that affect brain functions may also cause seizures.

The following risk factors make a person more likely to develop seizures and epilepsy:
• Bleeding into the brain
• Serious brain injury or lack of oxygen to the brain
• Brain tumors
• Infections of the brain: abscess; meningitis; or encephalitis
• Stroke resulting from blockage of arteries
• Cerebral palsy
• Conditions with intellectual and developmental disabilities
• Seizures occurring within days after a head injury (“early post-traumatic seizures”)
• Family history of epilepsy or fever-related seizures
• Alzheimer’s disease (late in the illness)
• Autism spectrum disorder
• Use of illegal drugs

“Accurate diagnosis of the type of epilepsy is crucial for finding an effective treatment,” Dr. Abusoufeh says. “Our diagnosis will be based on your medical history along with a complete physical and neurological exam. Additional testing often may be required, including MRI and an electroencephalogram (EEG) to detect electrical abnormalities in the person’s brain waves and to determine whether antiseizure drugs are a treatment option.”

TREATMENT OPTIONS
About 6 out of 10 people diagnosed with epilepsy can become seizure free within a few years with proper treatment. Many of these people will never have any more seizures. For the rest of the people, some will have occasional breakthrough seizures or side effects of medicines and others will have uncontrolled seizures.

The most common approach to treating the epilepsies is to prescribe anti-seizure drugs. Deciding on which drug to prescribe, and at what dosage, depends on multiple factors, including seizure type, lifestyle and age, seizure frequency, drug side effects, medicines for other conditions and whether a woman is, or will become, pregnant.

Dr. Abusoufeh, who has advanced training in the evaluation and management of muscle and nerve diseases and epilepsy explains how epilepsy can be controlled. “Effective treatments such as medication, implanted devices such as Vagus nerve stimulation (VNS ) or Neuropace RNS, and epilepsy surgery, have resulted in the control of seizures for up to 80 percent of all of those diagnosed with the disease,” she says. “About 50 to 60 percent will be seizure-free after using the first seizure medication tried. A second seizure medication may help 11 to 20 out of every 100 people become seizure-free.”

In addition to VNS, which can prevent seizures by sending regular, mild pulses of electrical energy to the brain, there is RNS (responsive neurostimulation). RNS features a tiny device, implanted under your scalp that can be programmed to anticipate a seizure and collect information on the cause and prevention of seizures.

If seizures persist despite the person having tried at least two appropriately chosen and well-tolerated medications, surgery may be recommended. At the Tulane Neuroscience Center, the neurosurgeons are highly skilled in resective surgery and have helped thousands of people.

“Candidates for epilepsy surgery undergo an extensive pre-surgery evaluation. The tests help us to pinpoint the area of the brain where the seizures begin and to determine whether surgery is feasible,” Dr. Abusoufeh says. “We do a full work up of tests, including a prolonged invasive EEG (electroencephalogram) to evaluate your brain’s electrical activity prior to surgery, an MRI, certain brain images and neuropsychological testing.”