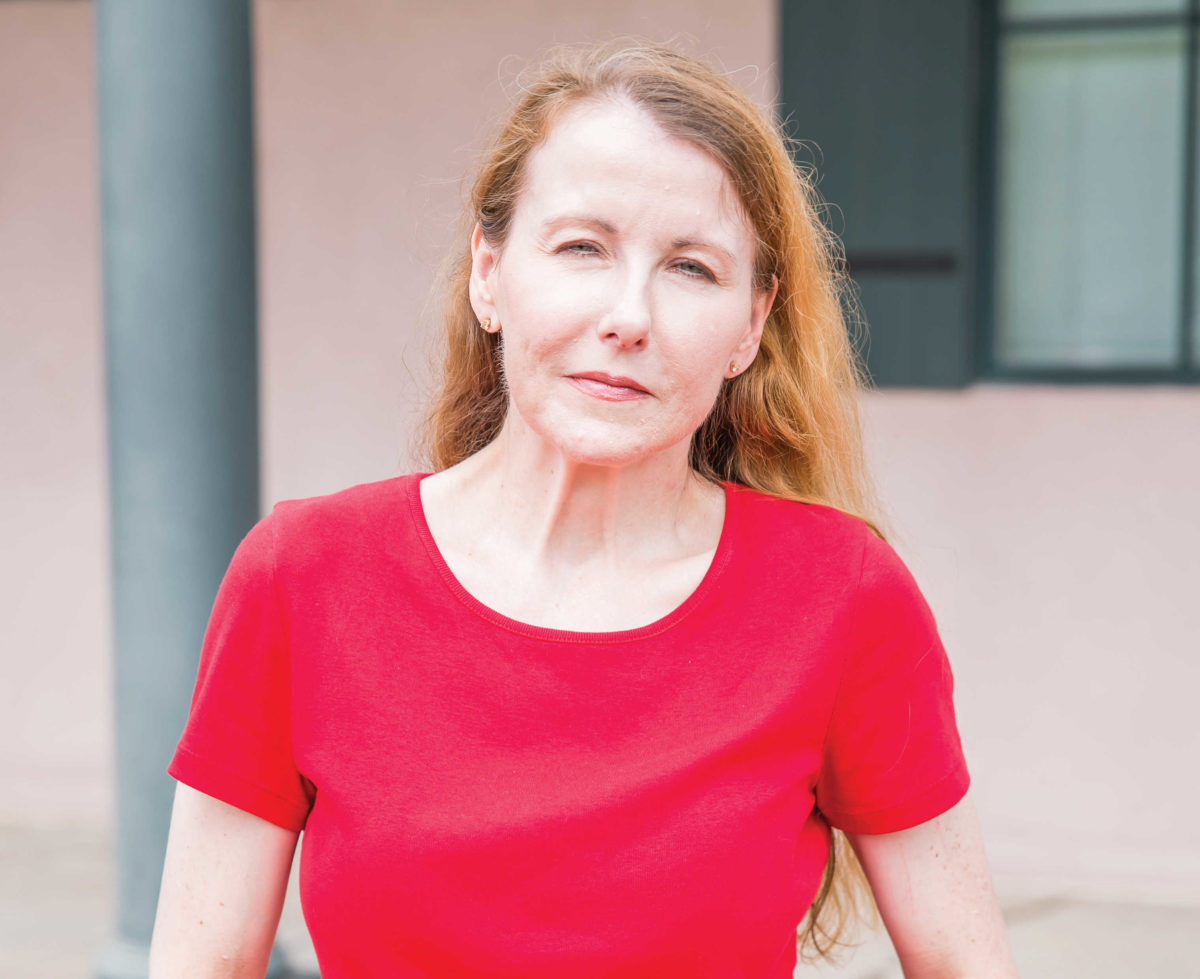 Local author and native New Orleanian Alexandrea Weis says that it is the people that make this city so great. “They are the strength of New Orleans,” she says. When you come from such a place deeply rooted in tradition and a sense of family, it sticks with you for the rest of your life.” Perhaps that’s why she decided to have her latest novel, Blackwell: The Prequel, The Magnus Blackwell Series ($26, Vesuvian Books), take place right here in New Orleans. The suspenseful and mesmerizing story features vivid characters and a seamless storyline, and the book recently won the Gold Medal for Best Mystery of the Year in the Feathered Quill Book Awards.

Blackwell began as a short story by Lucas Astor, and it is set in the late 1800s. “I was asked by our mutual agent to turn it into a novel, and hopefully a series,” Weis says. “I incorporated what I knew into his storyline — voodoo and New Orleans — and created the series. Having grown up in the French Quarter, there is lots of inspiration to pull from for the adventures of Magnus Blackwell and Lexie Arden on their journey into the realm of the supernatural. Lucas helped hone the characters and was a sounding board for the road our protagonist, Magnus Blackwell, travels. The Magnus Blackwell Series was our first collaboration, and we have more books and several new series planned for the future.”

Magnus Blackwell, a handsome and wealthy New Englander, is the envy of all. When Blackwell meets Jacob O’Conner — a Harvard student from the working class — an unlikely friendship begins. However, that close bond is soon put to the test by a captivating woman whom Blackwell desires, but whom O’Conner gets. Devastated, Blackwell seeks solace in a trip to New Orleans. After a chance meeting with Oscar Wilde, Blackwell becomes immersed in a world of depravity and brutality, inevitably becoming the inspiration for Dorian Gray. Armed with the forbidden magic of voodoo, Blackwell sets his sights on winning back the woman O’Conner stole from him — laying the foundation for a curse that could alter their destinies, and the destinies of countless others.

“It is an incredible honor and an acknowledgment of all the hard work by the team at Vesuvian Books,” Weis says about winning the award. “Their continued belief in this story made this award possible. The Feathered Quill Book Award also introduced Blackwell to new mystery fans, New Orleans fans and horror fans, which was unexpected. It was a such a fun book to write, and the recognition only adds to how special it is to me.”

Weis grew up in the motion picture industry, and she began writing when she was 8 years old. After finishing her Ph.D. in Nursing and achieving her goals in that regard, she returned to writing in her mid-thirties. “I wrote as a hobby initially, but then the books began piling up,” she says. “My husband encouraged me to self-publish my first book. Then a small publisher picked me up, and I was fortunate enough to publish several works with them. My resume in writing got longer; I was signed by an agent and introduced to my current publisher. They have opened new doors for me and encouraged me to expand my literary muscle.”

Weis writes in a few different genres — romance, paranormal and suspense — and she has written 23 books prior to Blackwell (which was her first foray into the mystery genre). “By utilizing my New Orleans roots, I was able to give the tale a different twist,” she says. “What I enjoy most with the mystery genre is how the supernatural elements blend so well with the suspense. Blackwell is set in the Victorian era, and the spine-tingling, Gothic aspects enhanced the mystery feel in the novel. Any sense of suspense helps to draw the reader into the storyline, and nothing does that better than a heart-pounding, paranormal thriller.”

Three books currently comprise the Blackwell series: Blackwell: The Prequel; Damned: Book 1; and Bound: Book 2. Weis says that she is planning another book for next year, with more coming down the road. “This series has lots of components, giving me endless storylines to follow,” she says. “New Orleans offers so much to fuel any writer’s imagination, so I will have plenty to put these fantastic characters through in future installments.”

Also be on the lookout for Weis’ new books scheduled for release through 2019. A young adult horror/thriller, also written with Lucas Astor, releases this October. “Death by the River is a high school American Psycho [story] set in Covington (St. Benedict in the novel) and is a story of murder and misadventure along the banks of the Bogue Falaya River,” Weis says. “I have a historical young adult book coming Feb. 2019, Realm, which is the epic true story of the 16-year-old Persian wife of Alexander the Great. Roxana’s harrowing life alongside the mighty conqueror, and her arduous adventures after his death, is a story that needs to be told. Also in 2019, my espionage thriller series, The Secret Brokers, and a sci-fi thriller series, The Chimera Effect with Lucas Astor, which is optioned for film/TV by Boilermaker Entertainment [will both debut].”

When Weis isn’t writing, she still does some consulting work in nursing. She is an avid runner, and she likes to take what she calls “brain breaks” by hitting the treadmill everyday. She is also a certified/permitted wildlife rehabber with the Louisiana Wildlife and Fisheries. “Animals are my passion — [they] have always been — and taking care of orphaned and injured wildlife is a blessing,” she says. “The animals give so much more than you could ever give to them. To connect with a small, helpless creature, unable to communicate with you, and build a trusting relationship that sometimes lasts years after their release into the wild is one of the most satisfying experiences I’ve ever known. If anyone wants to learn how to become a wildlife rehabber, [visit] wlf.louisiana.gov.”

Between wildlife rehabbing and writing, Weis doesn’t have much free time. But that’s just fine with her. She’s doing what she loves, and she considers herself blessed. alexandreaweis.com

303
previous Man on a Mission
next Blake J. Stanfill