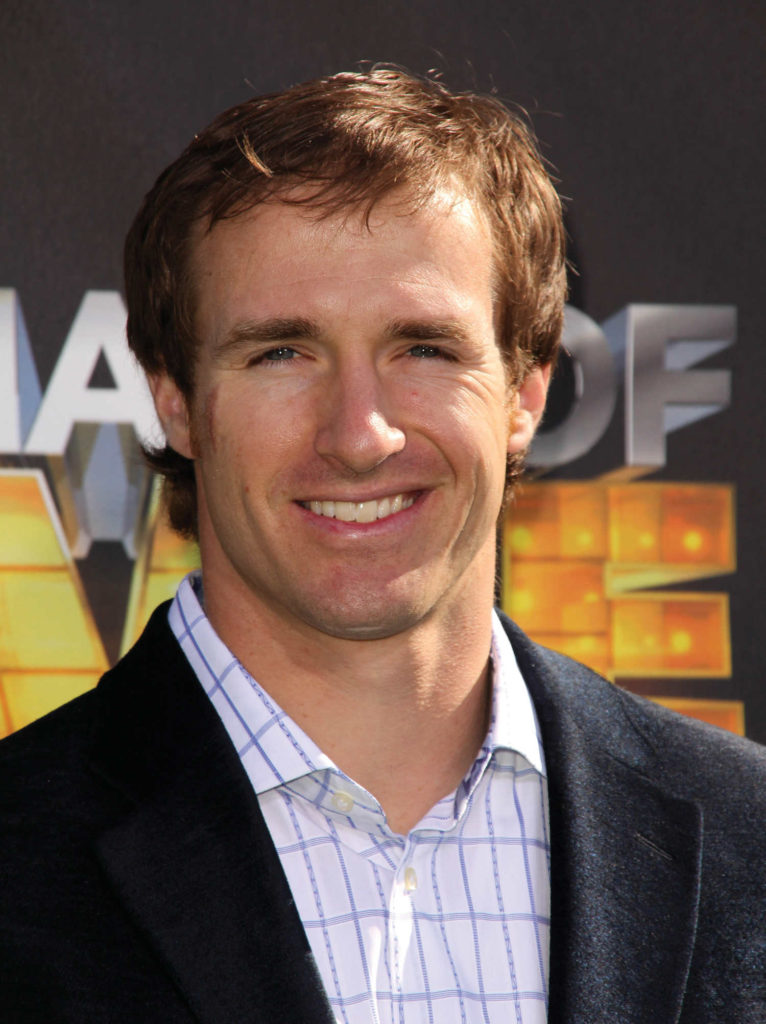 Greatness comes rarely in life. Great performances, great deeds and great memories are the stuff of celebrations and epitaphs. Driven to extremes, first by decades of losing, then an improbable Super Bowl win, Saints fans live in the moment more than any other fan base in the NFL. And yet in that course of arriving late, and celebrating hard and early, the Saints’ true tradition, they may have missed appreciating true football greatness playing before their eyes every Sunday in the form of quarterback Drew Brees. The Saints had never had a top 10 all-time great NFL player at any position or in any category, not in passing or rushing or receiving, before Brees, and now remarkably he stands on the brink of becoming the NFL’s all-time leading passer. The Saints’ all-time leading receiver, Marques Colston, finished fiftieth all time in receptions, and their all-time leading rusher, Deuce McAllister was eighty-fourth all time in rushing yards. The Saints’ prior all-time passing leader, Archie Manning, finished eighty-first all time in passing yards.

But Drew Brees, who came to the Saints as a castaway from another franchise, will perhaps by the fifth game of the 2018 season, exceed all other players who ever played the game in passing yards. He is behind Peyton Manning, who sits at the top now, by a mere 1,445 yards, and just before that he will have to pass the mark of 1,393 yards, the second most all time, held by Brett Favre.

Joining the ranks of Johnny Unitas, John Elway and Dan Marino should gain the attention it deserves nationally and indeed when Brees, assuming he hits his mark of 305 yards per game over his career in New Orleans finally crosses that mark, it will most likely be at home versus the Washington Redskins in a nationally televised Monday Night Football game. Brees’ style is driven by a quick cadence and faculty for communication, and the capacity to comprehend his calls in the huddle and at the line of scrimmage is the determiner for the success or failure of seemingly almost every offensive player who has played with him on the Saints. Brees’ unique talent for communicating like a symphony conductor, generating seamless timing and trust, has enabled his amazing efficiency, typically featuring his scanning the field and finding his receivers in open space.

There is no doubt that Brees’ physical skills are real and among the best ever at the position, but it also seems as though his innovations in actually calling plays almost merits his being listed among coaches like Paul Brown and Bill Walsh and their partnerships with Otto Graham and Joe Montana when discussing the history of the progress of the forward pass itself. Needless to say that sense of innovation has gone together with his partnership with head coach Sean Payton. As Brees said many years ago, Payton has been “a mentor, and that includes a lot of things. That is not just necessarily X’s and O’s, football. Although there is a lot of that. Obviously there is a great player-coach relationship.

There is also a personal relationship. You are talking about the guy who believed in me enough to bring me here and give me the opportunity that not a lot of people were willing to give me. Certainly, he was sticking his neck out by doing that. [He was] a first-time head coach coming to New Orleans post-Katrina. There will always be a special relationship there. What I feel like is regardless of what has happened in the past, regardless of our accomplishments or the number of wins, every day that I step into this building it is how can I still justify to him that I am the guy that can lead this team and be his quarterback. I hope that I can do that for a long, long time. The fact is there is always a challenge every single day. Never get complacent. Never take it for granted.” In a remarkable achievement, this credo has helped the Saints gain more yards in Brees’ 12-year career with the Saints than any team in NFL history in a similar dozen year span, per the Elias Sports Bureau.

Entering his eighteenth season at age 39, Brees has the added advantage in 2018 of having arguably the best offensive line in football. Featuring former first round picks at right tackle (Ryan Ramczyk) and left guard (Andrus Peat) and former Pro-Bowl and All-Pro selections at left tackle (Terron Armstead), center (Max Unger) and right guard (Larry Warford), the offensive line as a unit not only is super-athletic but they also all meld into the Brees-Payton concept of efficiency as listening to Brees’ instructions in real time just may be their most important on-field skill. As a group they generated the best rushing game in the league last year, while permitting just 20 sacks and the league’s fewest quarterback pressures (137) the whole season. And he has added new weapons in free agent signings Benjamin Watson and Cameron Meredith as well as third round draft pick Tre’Quan Smith, and their ability to be on the same page as Brees will be a large factor in their future success with the team. Overall, Brees has exactly the right scheme and protection that he needs at this stage of his career, and Saints fans should fully embrace the fact that in 2018, and for however many years Brees still offers them, they will be watching one of the best quarterbacks in NFL history, and, most likely by the middle of the season, the league’s most prolific passer of all time.

184
previous A Beguiling Boutique
next Take the Long Way