The World of Dance: The New Orleans Ballet Association announces its 2018-2019 dance season. 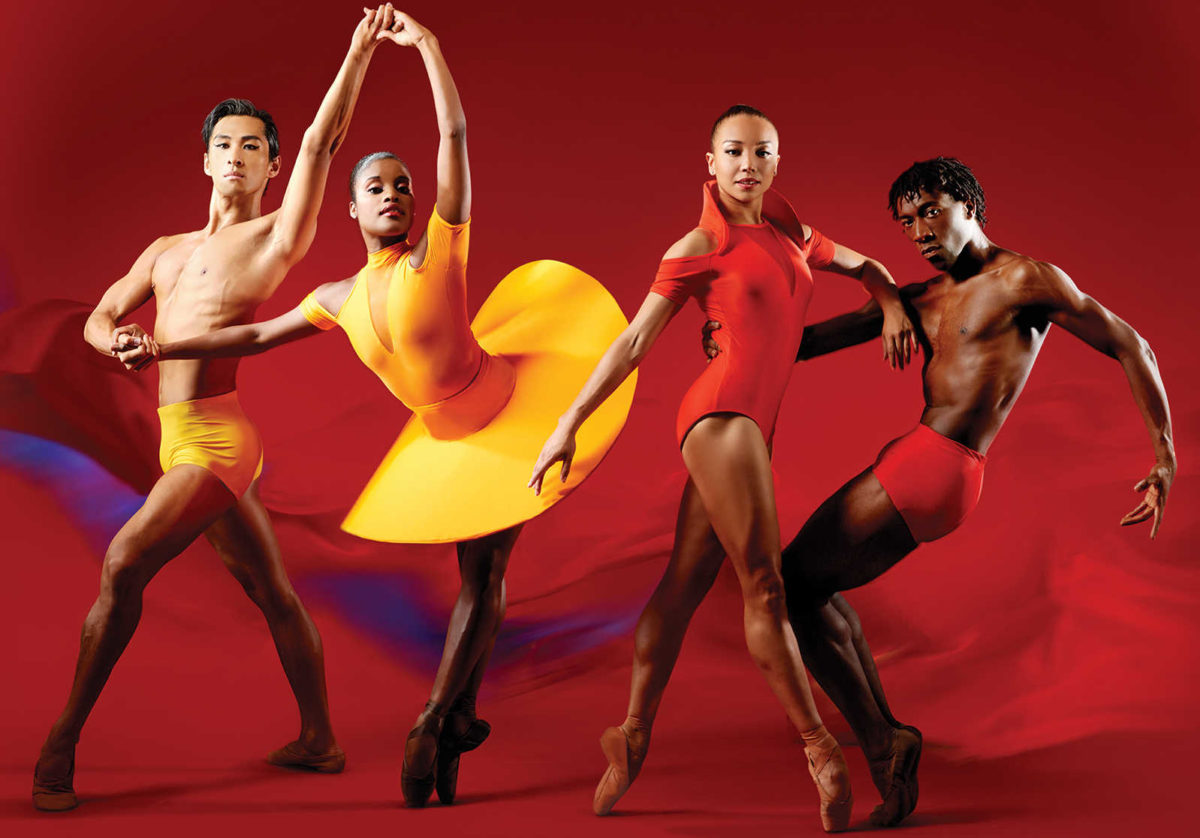 NOBA is celebrating its 50th anniversary in 2019, and, to kick off the 2018-2019 season, it is offering a schedule packed with stellar performances by four world-renowned dance companies. The season includes one of the top 10 dance company finalists from last summer’s America’s Got Talent, Diavolo | Architecture in Motion; two of America’s premier companies rooted in African-American dance, Dance Theatre of Harlem and Alvin Ailey American Dance Theater; the New Orleans debut of a Los Angeles-based powerhouse, BODYTRAFFIC; and a special 50th Anniversary Evening of Stars celebration.

The season begins at the Mahalia Jackson Theater Sept. 22 with Diavolo | Architecture in Motion. Led by Paris-born Jacques Heim, these dancers will perform a thrilling new action-theater show on a playground of oversized architectural structures.

Next up, the Dance Theatre of Harlem returns to the Mahalia Jackson Theater Oct. 20 for an encore performance following a sold-out evening in fall 2015. The globally renowned dance company performs works by George Balanchine, Darrell Grand Moultrie and Christopher Wheeldon. The evening’s finale will be the restaging of the 1974 ballet, Dougla, by Trinidad-born Geoffrey Holder. New Orleans is just one of the four U.S. tour cities — including New York, Miami and Washington D.C. — to produce this work.

The 50th Anniversary Evening of Stars will kick off NOBA’s golden anniversary with a special event at the Mahalia Jackson Theater Jan. 26. Expect performances by some of the world’s most distinguished artists from companies such as American Ballet Theatre and New York City Ballet.

Dancers from the iconic Alvin Ailey American Dance Theater return March 22 and 23 to the Mahalia Jackson Theater for the first time in almost a decade. The company celebrates 60 years as one of America’s most distinguished companies performing African American dance traditions.

Taking the Stage: Rivertown Theaters for the Performing Arts announces an expanded 2018-2019 season of performances.

A captivating lineup of productions for the 2018-2019 season at Rivertown Theaters includes Tony Award-winning Broadway musicals, comedy classics and new local works. The season kicks off Sept. 14 with The Music Man, a performance running through Sept. 30 that pays tribute to the early 20th century old-fashioned manners of small-town Americana. This six-time, Tony Award-winning musical comedy has been entertaining audiences since 1957.
Then, November 2-18, look for Gone Pecans! (a musical and comedic celebration of the New Orleans Tricentennial). This original and locally penned main stage musical stars Ricky Graham, Sean Patterson, Varla Jean Merman and Jefferson Turner enacting their comic alternative facts about the City That Care Forgot.

The Dec. 7-23 performances of Let it Snow! feature the Big Easy Boys & Babes performing a mix of holiday classic hits. Enjoy the signature blend of tight harmonies, slick dance moves and a live big band orchestra to get in the holiday spirit.

Be sure to catch Greater Tuna Jan. 11-27, which has had long-running engagements both on and off-Broadway, at the White House and as an HBO special. This satirical comedy about Texas’ third smallest town features two actors who change costumes at breakneck speed to portray 20 different characters.

The Brothers Grimm hit the stage March 15-31 with Into the Woods, an epic fairytale about wishes, family and the choices we make. Discover what happens to your favorite, yet tragically flawed, fairytale characters before and after the words “happily ever after.”

Me & My Girl, which spent three years on Broadway, comes to Rivertown Theaters May 3-19. This multiple Tony and Olivier Award-winning show whisks audiences back to the glittering 1930s, where the aristocratic Hareford family is seeking the legitimate heir to the title of Earl.

Finally, Mamma Mia! takes to the stage July 11-21. Featuring hits by ABBA, this funny tale unfolds on a Greek Island with a young woman searching for her birth father. 325 Minor St., Kenner, (504) 461-9475, rivertowntheaters.com

For the Love of Art: LOVE in the Garden returns to the Sydney and Walda Besthoff Sculpture Garden this month.

The New Orleans Museum of Art’s annual fall fundraiser and soiree takes place Sept. 28 beneath the moss-draped oaks of the Sydney and Walda Besthoff Sculpture Garden. Presented by Hancock Whitney, and chaired by Elizabeth Grimes, Christine LeBlanc and Mimi Schlesinger, the gala will feature live music from The Boogie Men, Storyville Stompers and DJ Otto; cuisine from more than 60 of New Orleans’ top restaurants and caterers (such as Boucherie, Delachaise and Seaworthy); and the fifth annual LOVE Cocktail Challenge (with the likes of Jesse Carr, Nick Detrich, Chris McMillian and others). The event also will honor four artists: John Alexander; Katrina Andry; Luis Cruz Azaceta; and L. Kasimu Harris. The patron party (tickets $125 for members, $150 for non-members) begins at 7 p.m., followed by the garden party (tickets $75 for members, $100 for non-members) at 8 p.m. and the late night party ($50 for members and non-members) with bites from local food trucks from 9 p.m. to midnight. 1 Collins C. Diboll Circle, (504) 658-4121, noma.org