New Orleanians are much stronger than fairytales. 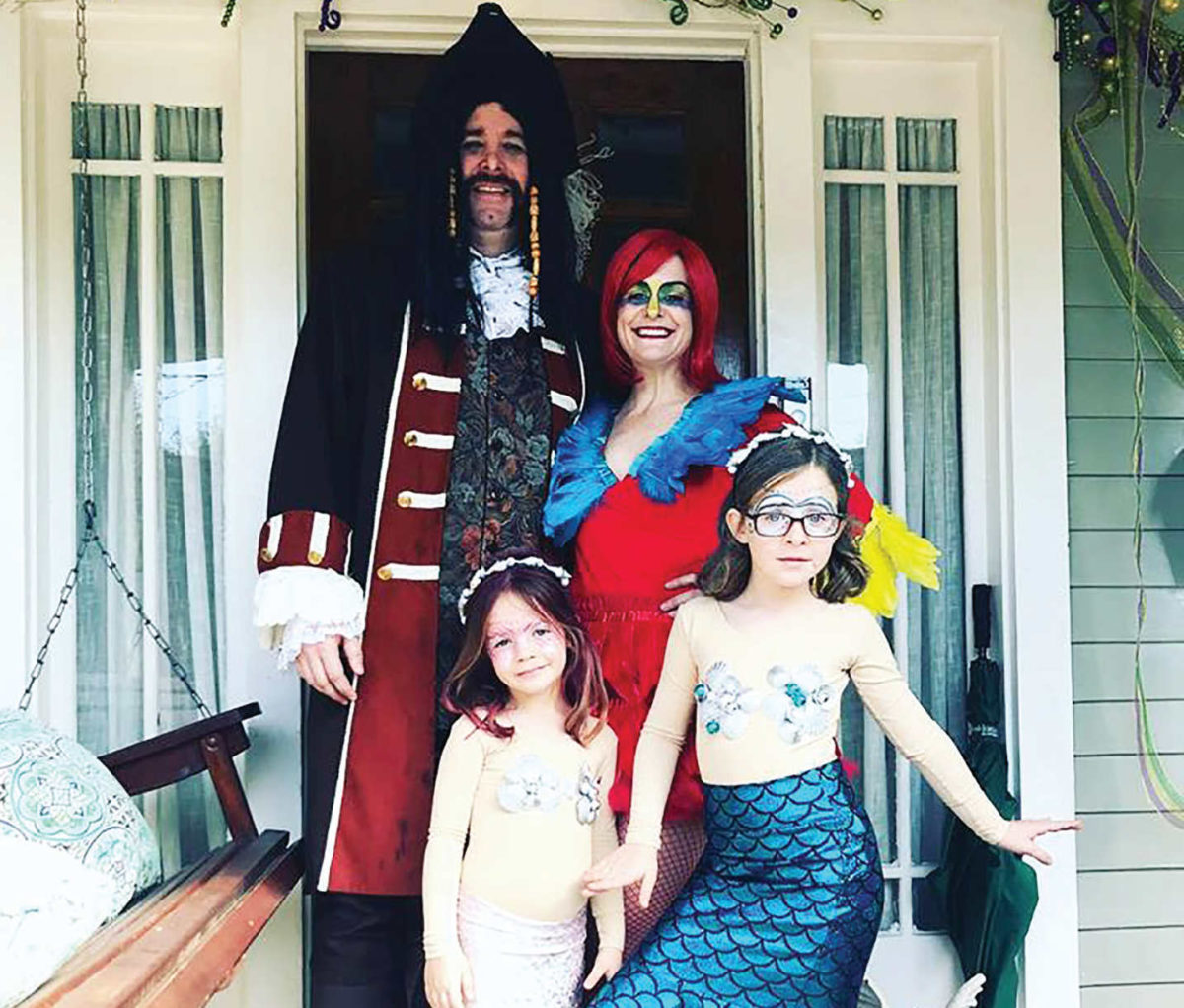 I took my first plane ride when I was 12 years old. It was a direct flight to the sunny beaches of Southern California — where celebrities are abundant and humidity is non-existent.

It was the first time I had been in a place so vastly different from my hometown of New Orleans. The roads were freshly paved and smooth; the sights and sounds of waves crashing against the cliffs as we drove along the PCH were breathtaking; my unmanageable pre-teen frizz was finally tamed by the year-round 70-degree weather and absent humidity.

Even the locals who walked along the Hollywood boulevards or carried their surfboards above their gleaming tanned bodies looked perfect to me. With my entire life before me, I thought, “If you could live in a place that actually looks like a postcard, why would you ever consider living anywhere else?”

At home it was well over 100 degrees, with the heat index and humidity in stark competition of which would rise higher and faster. The crime was at its summertime peak, and the roads were so hot they would implode rather than survive another day. The insufferable heat was only replaced by daily downpours that flooded the streets or by hurricanes in the Gulf of Mexico that terrorized those in its path.

I spent a good portion of the trip trying to convince my parents to leave our lives in New Orleans behind and trade them for a reality of endless sunsets, perfect weather and a city that — according to my 12-year-old perspective — functioned as a city should function.

As expected, my parents did not listen to their pre-teen’s ramblings of selling everything, quitting their jobs and living on the beach as a family of surfers. In turn, my parents (and New Orleans) gave me the first of many gifts that I would not fully appreciate until I launched into the adventure called parenthood.

The lesson learned is this: Life is not perfect. Even under the shiny veneer of perfection, there are fissures ready to crack the ideal of a flawless existence. What truly makes a good life is to take those cracks, reinforce them and use them to make life stronger. It’s in the flaws that the most beauty can be found.

New Orleans is quite honestly the poster child for such a dogma. We have never tried to hide our weaknesses or pretend our flaws do not exist. In fact, we use them as an opportunity to develop a deeper, more authentic culture. We decorate our potholes, use our politician’s poor judgement choices as material for our Mardi Gras floats and make our less than desirable weather patterns a reason to party.

It can be said that this reaction to some of our city’s lesser flaws is ignoring the problem, but I would like to argue that it is more like the ancient Japanese art form of kintsugi, which translates as “golden repair.” As an art form, it is repairing broken pottery with lacquer dusted or mixed with powdered gold, silver or platinum. As a philosophy, it treats breakage and repair as part of the history of an object, rather than something to disguise.

Looking back on New Orleans’ tumultuous and sordid history, our cracks are as winding as the Mississippi River and as deep as our swamps. However, it is exactly these flaws that make up the inexplicable magic that tourists feel when they visit our city and the reason that so many New Orleanians cannot live anywhere else.

It is this same gift my mother and father gave me when approaching life and parenting. To try and make life perfect for my children, is to do them a great disservice. Perfection is for fairytales.

I want to raise children who do not run from challenges and who do not try to hide in the darkness. Mindlessly bumping along an unfettered and problem-free existence is not truly living. You will make mistakes, get things wrong, lose, fail, fall down, fail some more, get kicked down or feel trapped in life. But good and bad are two sides of the same coin — the key is getting up, brushing yourself off, accepting the bad times as a way to appreciate when the coin of fortune is in your favor and understand it is all part of the full human experience.

Like most New Orleanians, I learned more about what I was made of, and the capacity for charity and kindness for our fellow humans during and in the aftermath of Hurricane Katrina. It was through that darkness that the light of human compassion and strength shone bright. It was then that we helped each other glue our broken pieces back in place to make our city stronger and more beautiful than before.

New Orleans, in all her scarred glory, is not perfect. She’s something far better. She is inspiring. She is formidable. She is resilient. Here’s to raising the next generation of New Orleanians to be just the same.