A Lifetime of Education 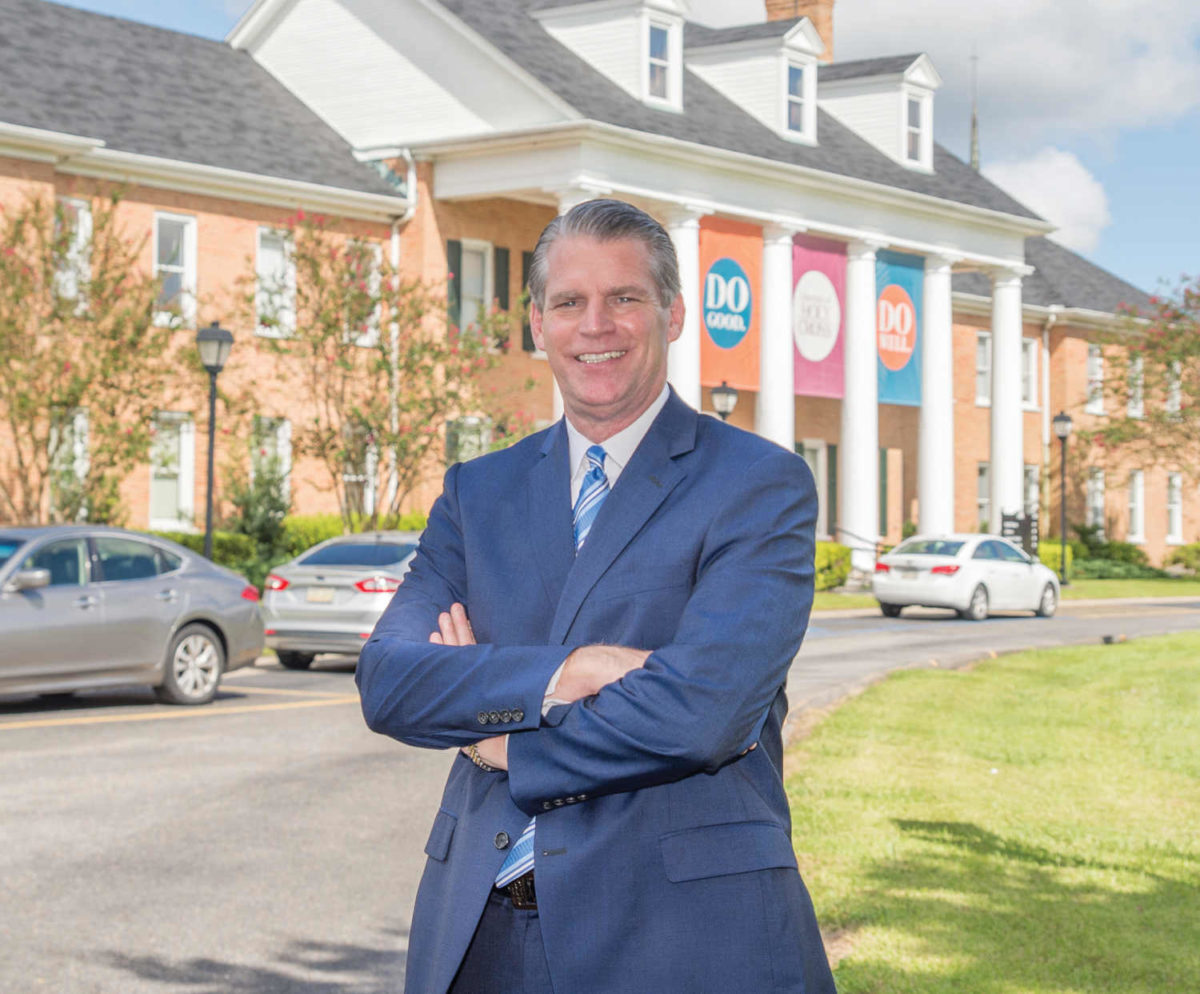 France, who was born and raised in New Orleans, graduated from De La Salle High School and LSU. “I received my Master of Education degree in education, administration and supervision from University of Holy Cross,” he says. “The thing that I like best about New Orleans is the rich tradition our city enjoys with music, art, sports and, of course, our culinary experiences, which are world class.”

France joins more than 30 previous recipients of the Spes Unica Award, including the Honorable Corrine “Lindy” Boggs, Blaine S. Kern, Michael S. Sport and Reverend Thomas E. Chambers. “This award is a tremendous honor,” France says. “To have been able to play a role in transforming Our Lady of Holy Cross College and a Board of Regents to the University of Holy Cross run by a Board of Trustees was no easy task. I am so proud to have played a role in making certain the Marianite Mission continues on for generations to come and feel richly blessed to have been able to sit at the table with the Matianites for a period of months to work through such a transit.”

As a small, hands-on catholic institution, University of Holy Cross is unique among local university offerings. There is now a dorm on campus, which France says opens the university up to better recruiting opportunities for students wanting to come to New Orleans from other states as well as other countries. “I think the future for UHC is very bright now that the legacy of the Marianites will be permanent and the University will be operated by a board of trustees,” he says. “The Marianite order has had a rich impact on our community, and I feel blessed to be a part of their extended family.”

France also is the current president of Kehoe-France, Inc., where he leads the operations for two co-educational, non-denominational elementary schools and summer day camps for children ages eight weeks old through seventh grade. “My mother, Patricia Kehoe-France, and my dad, Frank France, began Kehoe-France as a summer camp in 1949,” he says. “In 1955 they moved to Metairie, bought three acres of land, built an office and living quarters above the office, and three small classrooms and a swimming pool, and thus began the dream of what Kehoe-France is today. I have two older brothers and one younger brother. We all lived above the office at the school in Metairie, so when I say, ‘They dropped me off 58 years ago, and I am still here,’ it is the truth.”

Kehoe-France now has a campus in Covington in addition to the Metairie campus. “We recently partnered with a world-class school group, International Schools Partnership, which has 30 schools around the world,” France says. “This partnership now places Kehoe-France in a world-class organization and will see that the legacy of our programs go beyond the lifetimes of my family. Our camp program has been a staple in New Orleans for generations giving children the opportunity to experience a true summer camping experience. Our schools are currently going through the process of becoming International Baccalaureate (IB) certified. This will bring our already solid academic programs to an even higher level for our students to become better critical thinkers, collaborative learners and problem-solvers, which will prepare them for the highly competitive real world that awaits.”

France also is involved with many community organizations, including the Louisiana Stadium and Exposition District, Children’s Hospital, UMCMC in New Orleans, Mary Bird Perkins Cancer Center and The New Orleans Advocate Community Advisory Board. “I am honored to serve as the Chair of the LSED, having been appointed by Governor John Bel Edwards,” he says. “This board oversees the Dome, the Arena, TPC golf course, Alario Center, Champions Square, Saints and Pelicans practice facilities, and Baby Cakes Stadium. University Medical Center and Children’s Hospital are part of the LCMC organization, which has grown into a truly well-respected, community-centered healthcare provider in metro New Orleans. My role on the community advisory board for The New Orleans Advocate has been extremely rewarding being able to play a role in bringing a locally owned daily paper back to New Orleans.”

In his spare time, France enjoys being in the woods at his hunting camp. “My wife and daughters tell me other than that, I enjoy sitting in my chair at home catching up on current events through various means,” he says.

The Libby-Dufour Fund, a charitable foundation supporting education in New Orleans since 1952, was also honored with the 2018 Spes Unica Award. In December, the Foundation was a Charter Inductee into “The Norman Family Society,” which honors those with lifetime giving to the University of Holy Cross totaling $500,000 to $1 million. The fund’s UHC investments have ranged from equipment upgrades for Blaine S. Kern Library to construction of chemistry and nursing labs.

2.55K
previous Jennie Cannon West
next Rolling in the Roles