LSU has been waiting for a quarterback like Joe Burrow. 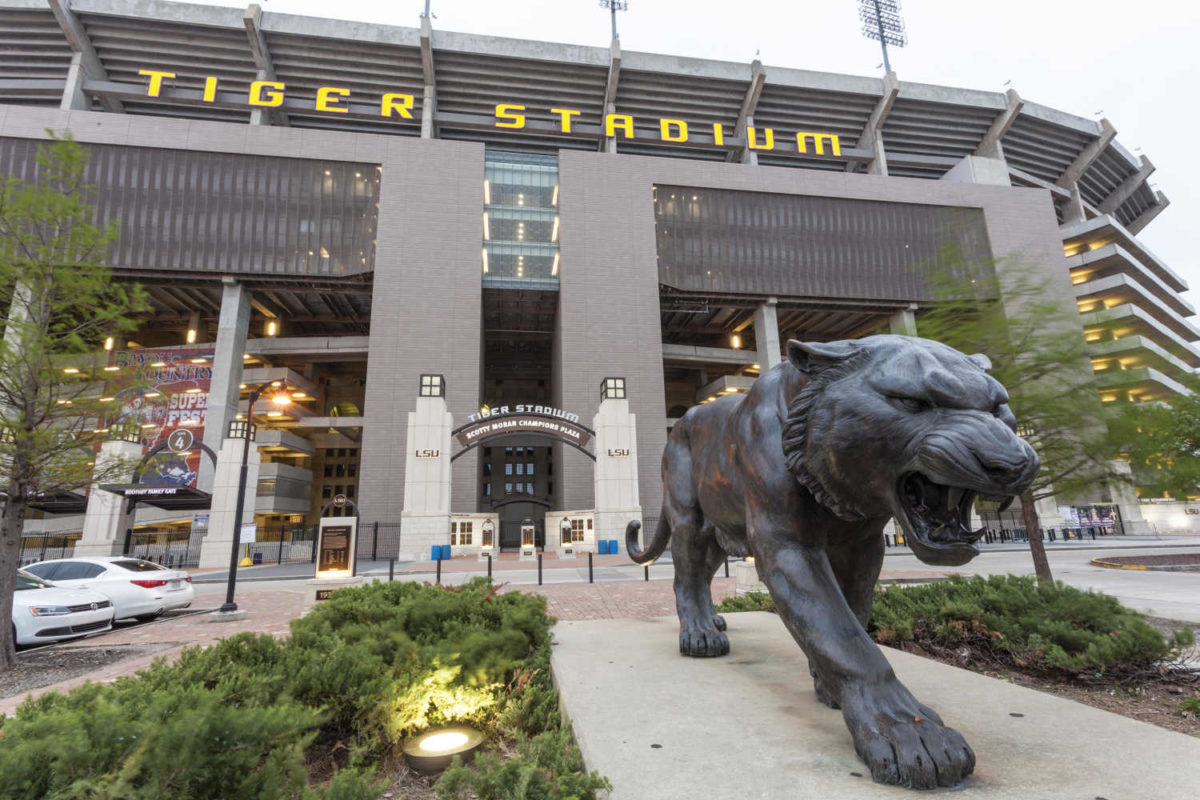 Quarterbacks who have made a lasting impact have been few and far between in LSU Tigers history. In the past, Y.A. Tittle, Bert Jones, Alan Risher, JaMarcus Russell, Matt Mauck and Matt Flynn had for one reason or another gone on to fame. Tittle (1947) was a first-round pick and an NFL Hall of Fame inductee; Bert Jones (1972) and JaMarcus Russell (2006) were drafted in the early first round of the NFL draft; and Mauck (2003) and Flynn (2007) led LSU to national championships. But recently, the quarterback pipeline at Tigertown has run dry. A laundry list of sub-par quarterbacking under the tenure of Les Miles resulted in a moribund program, struggling to see whether it could remain in the upper echelons of the Southeastern Conference. The quarterbacks themselves — for example Danny Etling, Anthony Jennings and Brandon Harris — were considerably talented and highly recruited nationally, but, under the overreaching arms of Miles, their best qualities were often subsumed in game plans that were dedicated to the run and inflexible in situations where a quarterback had to engineer a comeback.

Enter new head coach Ed Orgeron, who in his second full year in 2018 brought on a new offensive coordinator, Steve Ensminger, himself a former LSU quarterback. Ensminger played for the Tigers in former glory days under legendary coach Charlie McClendon, and he formed the passing half of an effective run-pass dual threat combination with David Woodley. Ensminger would go on to a journeyman’s career as a college assistant coach, including stints as offensive coordinator and quarterback’s coach at Texas A&M and Clemson from 1994 to 1998, eventually landing back at LSU in 2010 as a tight end’s coach. After having been away from the coordinator’s position for 18 years, it was Orgeron who would give Ensminger another chance at coordinating, temporarily, after taking over as interim head coach from Miles in 2016 and permanently in 2018.

Ensminger’s first job as coordinator was to improve upon the often predictable run-oriented game plans that had so often doomed the Tigers in recent years. As part of doing that, the Tigers had recruited and landed quarterback Joe Burrow, a transfer from the Ohio State Buckeyes in the spring. Burrow had been a highly prized recruit in his home state of Ohio where he won the Mr. Football Award, an award by the Associated Press recognizing the state’s best high school player, in 2014. His high school statistics were seemingly otherworldly — as a senior he generated 4,445 yards, a 72.3 percent completion rate and 63 touchdowns, while surrendering only two interceptions, and, over his career, he threw for 11,416 yards with 157 touchdowns and 17 interceptions. In the course of piling up those eye-popping statistics, he took his mid-tier school to the brink of a state championship. He was personally recruited by Tom Herman, the offensive guru who was then the offensive coordinator at Ohio State, but who would go on to great success as head coach at Houston and then the University of Texas. Nonetheless, after arriving in Ohio State, Burrow sat for three seasons on the Buckeyes’ bench behind nationally prominent Cardale Jones and J. T. Barrett, and, then in 2018, he saw he would be facing another season behind yet another elite recruit, Dwayne Haskins. Thus, Burrow made the bold move of leaving his home state’s flagship program for the bayous of Louisiana.
Burrow brought with him a reputation as a natural leader. The son of a coach, Jimmy Burrow, himself a college coordinator, he had demonstrated excellent decision-making on the field, in game intelligence and an ability to share chemistry with a wide variety of teammates. Burrow’s accuracy is one of his best features and, though he does not have a big arm or a reputation for the deep ball, he can make almost any pass to any point on the field.

Burrow made an impact immediately for the Tigers, leading them in his first game to an impressive 33-17 victory over the Miami Hurricanes in Dallas. The win was an upset as LSU had barely cracked the top-25, and Miami entered with a No. 8 ranking and high expectations to finally return to elite status nationally. It was also Burrow’s first start in his college career, and it was efficient game management at its core that won the day.

Instead of piling up numbers, perhaps Burrow’s greatest combination was his on-field play-calling, most notably when he changed a call at the line of scrimmage, exposing a gap in Miami’s defenses that running back Nick Brossette exploited for a 50-yard run that ultimately blew the game open for the Tigers. But it was Burrow’s performance in a stunning 22-21 road victory over No. 7 Auburn, yet another classic for the series, which showed Burrow’s on-field magic for Tiger fans. Trailing 21-10, at one of the nation’s toughest stadiums, Jordan-Hare in Auburn, Burrow emerged from his last three years of frustration to dial up exactly the sort of clutch quarterback play that LSU has been lacking for the last 10 years. After having first led the Tigers down the field for a short field goal to make it 21-13 (Auburn), Burrow dropped an absolutely perfectly arced pass into the deep middle to wide receiver Derrick Dillon, who caught the ball in the midst of three defenders and then proceeded to streak 71 yards past all of them plus another for a touchdown. Burrow would then lead the Tigers to the game-winning field goal shortly thereafter. On the pass to Dillon, it is hard to imagine a recent Tiger quarterback who could have shown such accuracy and poise.

LSU’s forthcoming schedule for October and November is a murderer’s row of talented SEC teams, not least of which are Georgia and Alabama, but, in Burrow, LSU may finally have a game-changing quarterback the likes of which they have not seen for some time.