The Way of the Zen Master: New Japanese paintings and calligraphy are now on view at the New Orleans Museum of Art. 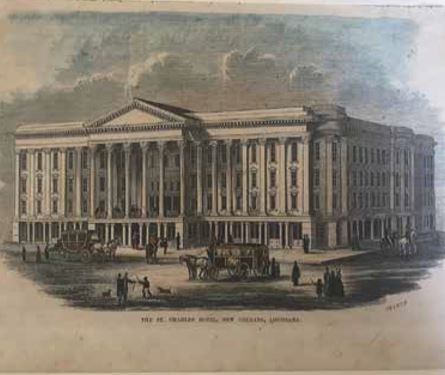 Teaching Beyond Doctrine: Painting and Calligraphy by Zen Masters — now on view through Jan. 20 at NOMA — features 40 paintings and works of calligraphy by Zen masters of the Edo period (1615-1868). The exhibition spotlights some important new acquisitions to NOMA’s permanent collection, plus significant loans from the Gitter-Yelen Foundation of New Orleans.

Zen (meaning “meditation”) relies on a direct mind-to-mind transmission of knowledge from teacher to pupil, and painting and calligraphy by Zen monks has a long history in Japan. This art form flourished in new ways during the Edo period, and the era’s most influential Zen master and painter, Hakuin Ekaku (1686-1768), is represented by three works in the exhibition.

Art on the Northshore: One of the largest juried art festivals in the region returns to Covington this month.

The Three Rivers Art Festival, which takes place along Columbia Street in the downtown Covington’s Cultural Arts District Nov. 10 and 11, is celebrating its 22nd year as one of the most popular events in Southeast Louisiana. This free event draws more than 60,000 attendees and more than 200 juried artists — with artwork ranging from painting to metalwork — from all over the United States. The festival also hosts a student art competition with more than 400 works of art created by local youth.

In addition to art, the festival also features a free public concert — with performances by Tyler Kinchen and The Right Pieces and a special guest appearance by film and TV actor Eddie Jemison — at the Covington Trailhead (419 N. New Hampshire St.) Nov. 10 from 5:30 to 9 p.m. Other activities include the Arts Alive Tent, featuring live art demonstrations by Candice Alexander; the Children’s Discovery Area, featuring an array of hands-on activities; a live music tent, featuring performances by Maddi Tripp, Big Daddy O, Brett Thomassie, The In-Laws and more; and food from some of the Northshore’s favorite local vendors. (985) 327-9797, threeriversartfestival.com

Hermann-Grima + Gallier Historic Houses has installed a new timeline exhibition, entitled Tracing the Tricentennial, that highlights 300 years of the Crescent City. The free exhibition features selections from the museum’s permanent collection that are now on display through November in the Gallier House gift shop (1132 Royal St.). Family letters and photographs, personal belongings, china, artwork and more are all on display to illustrate landmark events in the city of New Orleans since its founding in 1718. Subject matter relates not only to the Hermann, Grima and Gallier families, but also to the enslaved people who lived and worked at the Hermann-Grima and Gallier Houses. The exhibition also includes a digital timeline that can be found through the HGGHH website. Visitors are encouraged to explore the timeline to gain a deeper understanding of New Orleans life and the unique geographic, economic and cultural climate of the Crescent City. (504) 274-0748, hgghh.org

148
previous A Market Re-imagined
next Fashion: Leader of the Pack