Jumpstart a lifetime of fitness with local bootcamp classes. 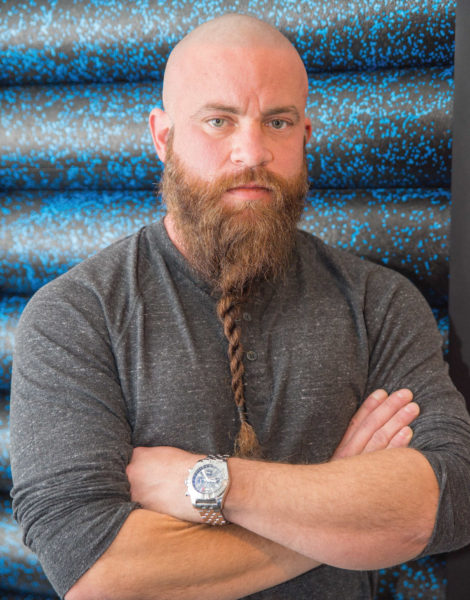 Jonas Deffes, owner of New Orleans Adventure Boot Camp, finds motivation and enjoyment helping others improve their lives through fitness. He also enjoys the challenges of owning his own business, and all that it entails.

Deffes grew up splitting time between Central Florida and New Orleans. As a child, he was more into extreme sports rather than traditional sports. “Surfing and skateboarding were less team-oriented and more about improving yourself as an individual,” he says. “I was tiny growing up, and I just couldn’t play academic sports well.”

He moved to New Orleans permanently after Hurricane Katrina, and he started offering one-on-one personal training. However, he wanted the opportunity to help even more people. So he started offering group training, and that led him to open New Orleans Adventure Boot Camp in 2007. “We now have three locations throughout the city where we help hundreds of women get their fitness jumpstart,” he says. “I also have a personal training studio uptown on Magazine Street called Peak Forever, where I train all of my private clients.”

Through the fitness boot camp, Deffes focuses on training women only. The next classes start Feb. 18 and March 25. “We don’t use heavy weights, however we do focus a lot on tightening and toning the whole body with high repetitions with lighter weights along with using high intensity interval training combined with functional fitness,” he says. “These methods have helped transform hundreds of women’s bodies over the years. Not only do these women get body changes, but their confidence level shoots through the roof.”

Deffes personally teaches at the Lakeview location, and he has one coach assigned to each of the Uptown and Gretna locations. “We have a great system that allows us to coach all types of fitness levels, ages and body types at the same time,” he says. “This allows us to make sure nobody feels left behind or that they are slowing anyone else down in the group that may have a higher fitness level or different goals.”

As for his personal fitness routine, Deffes focuses on general conditioning and making sure that his workouts enhance his life. “I’m currently experimenting with a new routine where I only workout in the gym two times per month for 30 minutes,” he says. “Surprisingly it’s working amazing; I’m getting stronger and healthier, while working out less and focusing more on eating healthy.” 5500 Prytania St., (504) 292-1981, nolabootcamps.com

ON STAYING MOTIVATED
“I like having three fitness goals; all have different reasons to keep me motivated throughout the years,” Deffes says. “One would be a short-term goal that may be six to 12 weeks long, where it might be reaching a certain body weight or lifting a certain amount of weight. Another would be more of a lifetime goal of being healthy and increasing my quality of life each year so I can enjoy being active with my two daughters as they get older. The third would be a recreational goal where I actually use my fitness for performance benefits for some of my active hobbies like skateboarding.”

HIS FUEL
“My diet is nothing fancy by any means,” Deffes says. “I’m a creature of habit, and I may eat the same meals for months. I hate chasing my next meal, and, when you do that, you can easily end up making unhealthy food choices. And while my favorite foods include eggs, chicken, steak and sweet potatoes, I admit that my guilty pleasure is a toss up between cookies and cheesecake.”

SUCCESS STORY
“I have so many success stories in the past 10 years; it’s really hard to pinpoint just one,” Deffes says. “However, by helping so many others reach their goals, it has allowed me to be able to do other things like donate and sponsor causes and charities that I personally like. My favorite was when I rented a waterpark for an entire Navy SEALs team to enjoy with their families before they got deployed. Being in an industry that allows me to give back to others and causes is what makes me the most happy. I also like doing community fitness fundraisers where people can donate a canned food item, book or gift in exchange for a workout session. It’s a great to be able to raise support through fitness.”

WISE WORDS
“My best advice is, money spent on your health and fitness is money well spent,” Deffes says. “Trust me, you are going to spend the money on something — whether it will be fast food or a gym membership. But you will spend that money. You might as well put it toward something that is going to increase your health and quality of life rather than on something that will harm it.”