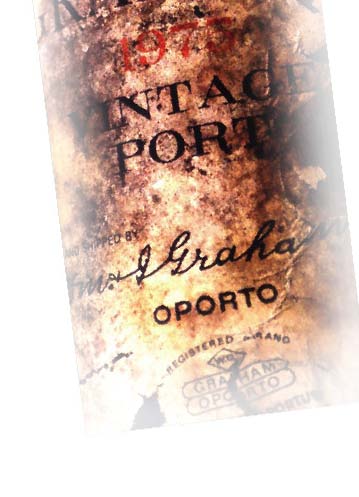 In just two sips it can warm the body and the soul on a blustery winter’s night. It is the ideal partner for a savory chunk of Stilton cheese. It has the uncanny ability to turn a satisfying dining occasion into a gratifying one.

Port, this sweet, hedonistic libation, which was essentially created out of necessity, is adored by many and underappreciated by even more. Port wine, which is basically wine fortified with brandy, became popular in England in the early 1700s. While at war with France, wine exportation from Portugal to England increased, but due to the long journey, much of it arrived spoiled. The fortification of wine with brandy greatly improved the wines stability and extended its shelf life.

While portlike wines are produced in many winemaking regions around the world, only the Portuguese-made product can be labeled “port.” In the United States, federal law states that true port must be labeled as “Porto” or “Vinho do Porto.” True port comes from the Douro region, a traditional, no-frills wine-producing area established in 1756, making it the third-oldest protected wine region in the world, behind Hungary’s Tokay-Hegyalja and Italy’s Chianti regions.

Port is made from a combination of rather obscure grapes, and while there are about 50 varieties approved for use, most reputable houses utilize the same five to eight major types. In addition, the majority of ports produced are a blend of several different vineyards, which helps to maintain a signature “house style” from vintage to vintage. Single quinta (vineyard) ports do exist, but they are the exception rather than the norm.

In order to appreciate port, it’s important first to understand the distinction of styles, which can basically be grouped into two categories: cask-aged (ruby, tawny, late-bottled vintage, vintage character, crusted) and bottle-aged (vintage). Accounting for only two percent of all port wine made, vintage port, the revered and celebrated signature wine of Portugal, is aged for a short time in wood and by law must be bottled within two years of the harvest date. Vintage port spends years, anywhere from 10 to 30, maturing in bottle before it is considered ideal to drink. It is produced only in years that have been declared stellar, making them rare and rather expensive. With the average bottle running in the realm of $100, even avid collectors and wine aficionados may find indulging in vintage port more of a luxury than a common occurrence.

Vintage port can be easily identified, as it must be stated as such in prominent type on the label, in addition to stating the vintage. Much like in Champagne, each winery produces a “house style” that sets one product apart from another. These true treasures are well-structured, medium-to full-bodied wines that offer great concentration, balance and depth of flavor. In general, they are best when served 10 to 15 years after bottling but have the ability to age (depending upon the vintage and the brand) up to 40 years and beyond. The classic food pairing with vintage port is Stilton cheese, although it works well with many flavorful cheeses. Vintage port also marries well with dark chocolate, nuts, dried fruits and even main dishes like coq a vin, duck a l’orange and pepper steak.

While the price tag may put vintage port out of reach for most of us, the good news is that with several styles and classifications, including ruby, tawny, late-bottled vintage, crusted and vintage character port, you’ll be hard-pressed not to find a great bottle to fit your budget. Let’s start with ruby, the most basic port style, which is generally aged for two to three years in stainless steel or neutral oak to help retain its youthful freshness and fruit-driven nature. A blend of several different vintages, it’s lighter than other styles, has mild tannins and is made to be drunk young. These young ports will not improve with age, but make a delicious aperitif when served slightly chilled with hard cheeses like cheddar and Roquefort, red fruits and chocolate desserts. The average price for a nice ruby port runs about $15 per bottle, making it the ideal place for novice port drinkers to start.

If you’re looking for more complexity, then try a late-bottled vintage or LBV, which has been gaining in popularity and production over the past few years, as vintage port becomes more and more out of reach. LBV is a port made from a single vintage and is produced in the same fashion as true vintage port with one exception: LBVs must be aged a minimum of four years and a maximum of six in cask before being bottled, instead of two years required for vintage port. Additionally, it is mandatory that both the bottling date and the vintage year appear on the label and to avoid any confusion with vintage port in addition to stating LBV or late-bottled.

Unlike vintage port, LBVs are ready to drink upon release, so while they will continue to develop somewhat in bottle, they can be enjoyed immediately. Some late-bottled vintage ports are fined and filtered, which extends the life of the port once opened and eliminates the need for decanting. Unfiltered varieties, which should be decanted and consumed soon after opening, are labeled either “bottle matured” or “unfiltered.” Less complex with milder tannins, but still distinctive and gratifying, LBVs are a more affordable alternative to vintage port as they generally range in price from $15 to $50 per bottle.

Crusted port is the closest to vintage port, but production has dwindled, making it more and more difficult to find. It is produced like vintage port, bottled unfiltered (therefore requiring decanting) and will continue to improve in bottle. Crusted port differs from vintage port in that it is a blend of several different vintages, which makes it more approachable at a younger age. Crusted port carries a date on the label, which refers to the bottling date rather than the year in which the grapes were grown.

One of the most unique port styles is tawny, which has an amber hue (hence the name) is aged longer and is drier than ruby port and offers nutty, spicy and/or caramel-like flavors. A blend of several older port wines, tawny is aged in casks for an extended period of time to create its golden hue. The average age of the wines in the blend, which can only be designated as 10-, 20-, 30- or 40-year-old, will be stated on the label, as will the year it was bottled. The older the tawny, the drier and more delicate it will be; however, like ruby port, tawny will not continue to mature once bottled. There is also vintage tawny called Colheita, which bear a harvest date on the label. 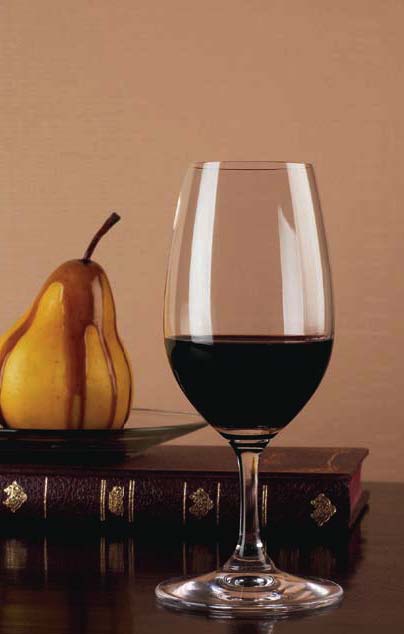 to the ruby blend or by allowing less contact with the grape skins, therefore extracting less color into the juice. However, these less expensive versions will certainly lack some of the character and elegance found in their cask-aged counterparts. Basic examples usually cost less than $15 per bottle, while others range from $20 to $30 for 10-year-olds and up to $150 for 40-year-old tawny. Tawny ports are delicious when paired with dried fruits, nuts, brie, paté and foie gras. They also make a fine after-dinner drink either alone or with creamy desserts like crème brûlée, flan or cheesecake and are great for the summertime, as they can be served slightly chilled.

Unfortunately, far too many perceive port as merely an overtly sweet, fruit-driven fortified wine rather than admiring it for it’s dynamic complexity, remarkable character, diversity of style and incredible aging potential. While wine experts and collectors hold fine vintage port in the highest regard, it still lacks mass-market appeal. Perhaps this is due to its hefty price tag, or perhaps the variety of ports is simply confusing or overwhelming. Or maybe general wine consumers just don’t get it. Whatever the case, that simply leaves more for me!

Cockburn’s
Established in 1811, Cockburn’s (pronounced Coh-burns) is the largest vineyard owner in the Port district. Cockburn’s ferments longer and uses a higher percentage of older wines in the blend to achieve a more complex, less sweet character that is the Cockburn signature style.

Dow’s
For more than two centuries, the name Dow’s has been associated with some the finest port produced. Currently six members, who represent the 12th and 13th generations of the Symington family, are fully engaged in the company’s management. Powerful and austere when young, Dow’s ports develop a superb, racy elegance with maturity.

Fonseca
One of the oldest houses in Portugal, the Fonseca Guimaraens house style is one of richness and warmth, with a lush fruit intensity and a structure of both dimension and finesse. More voluptuous than massive, Fonseca ports are coveted for their sumptuous yet refined body and great longevity.

Graham’s
Founded in 1820, Graham’s has been owned by just two families in its entire history. Founded by the Graham family, it was acquired in 1970 by the Symington family, which manage all aspects of winemaking today. Graham’s ports are typically richer in style than many others and offer a velvety elegance.

Taylor, Fladgate & Yeatman
The firm was officially founded in 1692 as Taylor Fladgate, which makes it one of Oporto’s oldest port houses. The present name of Taylor, Fladgate & Yeatman was adopted in 1844 when Morgan Yeatman, also a wine merchant, became a partner. The only port wine shipper to remain completely independent throughout its 317-year history, Taylor’s vintage ports are renowned for their massive structure, concentration and distinctive “masculine” style.

Warre’s
Warre’s has been leading the port trade since it was established as the first British Port House in 1670. Warre’s Vintage wines combine elegance, grace, length and balance while still retaining the underlying rich opulence and aging potential of great port.