If you’re adept at consumer technology, you know how to sync files between your work desktop and your personal laptop. You might send an e-mail from an iPhone and then check for a reply at an Internet café. In the information age, there’s no reason for your data to be tethered to any one machine.

When you consider your medical records, however, it’s clear they’re still stuck in another era. Scattered bits and pieces of your medical history live in manila folders that the various doctors you’ve seen over the years keep stored in their own files. With the Obama administration, a push to digitize and integrate all that information is gathering steam. 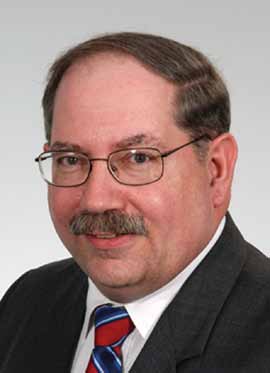 A movement to create electronic medical records (EMRs) has actually been around for many years. Ochsner Health Systems started building its program, Ochsner Clinical Workstation (OCW), a decade ago, according to Dr. Joseph Bisordi, executive vice president and chief medical officer. Although he’s been with Ochsner for less than a year, Bisordi helped build a similar system at his previous employer, Geisinger Health System in central Pennsylvania.

“Doctors typically have twenty minutes to see patients, but they are responsible for knowing an enormous amount of information about each one. These systems help assemble information in ways that make it actionable,” he explains. “The patient may be in for a sore shoulder, but the doctor could get an alert that an important test is overdue.”

In an emergency-room situation, doctors would immediately know about any issues that should alter a standard course of treatment. EMR systems also help monitor trends and quality of care across large groups of patients. “If Ochsner has 17,000 diabetics under our care, we can see how we’re doing at controlling their blood sugar levels. Is there anything more we can do? What patients haven’t had their flu shots? Who above the age of 50 hasn’t had a recommended colonoscopy? These are the types of questions we can now find answers to,” says Bisordi.

From a practical standpoint, electronic records are cheaper to store than paper files. Patients are relieved of having to fill out the same forms again and again, and the files can be accessed from anywhere. During post-Katrina chaos, for example, Ochsner physicians in Baton Rouge had instant knowledge of the medical histories of the health system’s New Orleans patients.

Ideally, all citizens will one day have their own electronic medical records that each of their doctors could access, add to and share. But currently these EMR systems, like Ochsner’s OCW, are self-contained. Different health groups have different standards in different formats, so records cannot be traded across nonaffiliated providers. In any regard, only about a third of doctors in large groups currently use EMRs, and very few small practices do. In this era of identity theft, another obstacle is security. “We’re meticulous about sharing confidential information and securing data with password protection,” says Bisordi, adding that EMR servers also need to be physically safe and backed up.

But purchasing the hardware, building the data records and securing the systems from both cyber and physical dangers require a sizable capital outlay. President Obama has called for a $50 billion investment in health-care IT, linking the EMR initiative to the country’s greater economic recovery, and even alluded to the issue in his inaugural address when he declared, “[We will] wield technology’s wonders to raise health care’s quality and lower its cost.” Because of its Medicaid and Medicare expenditures, the federal government has a vested interest in these systems, and EMRs also have Republican support.

Bisordi agrees that federal funding could help jumpstart EMRs nationwide and would create jobs in both health-care and technology fields. It hasn’t been made clear yet, however, exactly how or at what level these investments would be made.

According to Bisordi, the government can also help by creating more-robust technology standards that would make record-sharing easier across health-care groups. He says the government has already relaxed certain regulations that hampered hospitals from sharing patient information with their staff.

Insurance companies, for their part, have been supportive and in some cases have helped defray implementation costs. The ability to receive information electronically lowers their overhead as well. In addition, patients will feel freer to move between health care providers and receive better quality care as their information follows them wherever they go. In sum, EMRs can be a winning situation for everyone.

Ochsner has also been developing a “patient portal” where patients would have direct access to their records and have the ability to e-mail questions to doctors, make appointments and pay bills. There are other similar initiatives in the works nationwide, with the government formulating policies around “personal health records” (PHRs). Google, Microsoft and other companies have developed proprietary versions. “With PHRs, patients take charge of their own health information,” explains Bisordi. “They assemble comprehensive information about themselves. It’s a great idea, but it’s not for everyone. You need to be tech-literate and have Internet access.”

Despite being so attuned to the goings-on in the medical IT world, Bisordi seems to reach only the level of “tech-literate” himself. “I can use the Internet, and I can type a little, too,” he says. “But I’m not a propeller-head. I’m not going to program a computer. I just have an interest in how technology can help doctors.”