Up to the Challenge

The president and CEO of GNO Inc. is planning to make Louisiana more business-friendly

Many business enterprises have found success in Louisiana, but that success generally occurs despite the state’s business environment, not because of it.

Forbes magazine, for example, consistently ranks Louisiana at the very bottom of its annual list of business-friendly states, citing “weak labor pools and growth prospects as well as a poor quality-of-life ranking.”

Michael Hecht, the new president and CEO of Greater New Orleans Inc. is working to turn things around. The organization’s mission is to attract and retain business in New Orleans and nine surrounding parishes by advocating for policies that improve the region’s competitive climate, by providing data and support for relocating companies and by improving the quality of the local workforce. 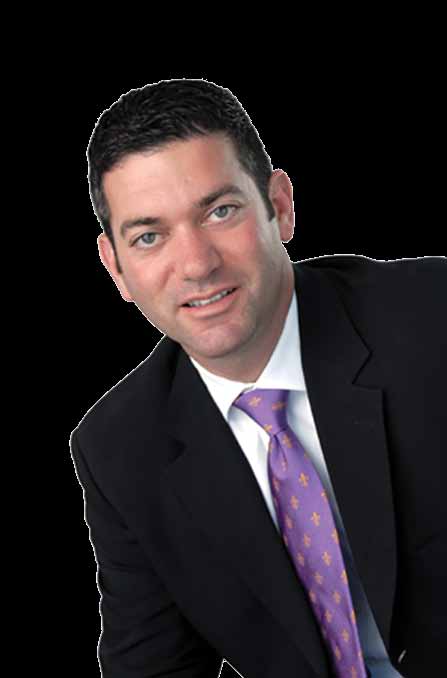 “The number one challenge to our region’s economic development is our workforce, both blue and white collar,” says Hecht. “There are also quality-of-life issues, from crime to hurricane protection, and we are addressing some of those aggressively. A third issue is government transparency and practices. I feel Governor Jindal has done us a service there.”

In the big picture, however, Hecht feels the greatest challenge is a general lack of awareness about the positive aspects of Greater New Orleans. As locals already know, the region is a shipping hub, encompasses the majority of the nation’s oil rigs, has become a center for film production (now the third largest in the U.S.) and boasts many excellent universities.

“Katrina images have been damaging and persistent,” Hecht adds, recalling a recent exchange with a New York City cabdriver who wouldn’t quite believe that New Orleans was no longer underwater. “We haven’t done a good enough job of countering these perceptions.”

A staff of about 20 runs GNO Inc., whose $5 million annual budget comes from a combination of private and public funds. A cross section of business leaders from around the region make up the board. GNO Inc. tends to focus on the concerns of larger, established corporations, but its policy initiatives can benefit small businesses as well. In addition, the organization frequently allies itself with groups that are geared to helping small start-ups, like Idea Village.

GNO Inc. has identified several “targeted sectors”—advanced manufacturing, creative media and design, trade and energy—where it feels its efforts are best spent. These sectors offer the region the best shots at long-term growth potential and sustained economic development. For example, as part of the creative media sector, GNO Inc. has launched an initiative called the GNO Digital Media Alliance to appeal to the video game industry. Since they can theoretically relocate anywhere with an Internet connection, video game firms can be enticed by incentives, and they bring along a well-paid, educated workforce.

Covering ten parishes, GNO Inc. is working to get the word out about the diversity of assets and lifestyle options across the region, not just in New Orleans. “If you go to the River Parishes, there’s a tremendous amount of industry and energy. St. Tammany Parish is growing quickly with great schools, and although Plaquemines has been hit hard by storms, it’s coming back strong,” says Hecht. “Depending on the type of company and family you are, you can find whatever you’re looking for, probably at a lower cost than elsewhere in the country.”

It’s been well documented that since Katrina New Orleans has been drawing a contingent of young, idealistic college grads and professionals. But to retain recent arrivals and to attract more of them, the city needs to become more welcoming. There are nascent efforts to do just that, like the Web sites NOLA Yurp and 504ward. This year a “Krewe de New” party will welcome newcomers who might feel left out of clubby Mardi Gras traditions.

In many ways, Hecht himself is part of this so-called brain gain. He attended Yale for his undergraduate degree and earned his MBA from Stanford. After Katrina and Rita tore through Louisiana, he moved here with his family from New York to take a job with Louisiana Economic Development and led a recovery program for independent businesses. Hecht actually has Louisiana roots dating back to the early 1800s, but because his New Orleans–born mother married a Yankee, he grew up in a suburb north of Manhattan.

His last employer before moving from New York City happened to be the mayor himself, Michael Bloomberg, and just like now, Hecht was involved in spearheading business development initiatives. “I was spoiled working for Bloomberg,” Hecht recalls. “He’s a talented manager. I discovered what a committed leader and a well-run government can do.”

While Hecht doubtlessly could have pursued his line of work almost anywhere in the country, his New Orleans connection drew him back to Louisiana. His greater goal as head of GNO Inc. is to make the region a place where others can find professional careers, too. “Our aim is to create a substantial middle class,” he says. “We want our children to choose to stay here. If they go away for college, we want them to come back. That will be the ultimate measure of our success.”

174
previous Cornerstone of the Community
next Play It Again, Gavin