Mardi Gras to the Rescue 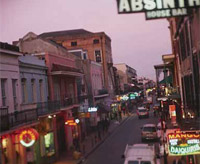 It’s almost a rite of passage for every New Orleanian. Friends come in town for a visit and expect the grand tour of the city, including a bar-hopping stroll down Bourbon Street, the epicenter of iconic Big Easy celebration.

It used to be fairly simple, but in post-Katrina New Orleans it invariably ends ups along the lines of this:

Out-of-town friend: “So, this is Bourbon Street? Where is everybody?”

Two hours later and the foot traffic in the street is a mere trickle, a shadow of the throngs of days past. I try to explain that there used to be tons of people in the Quarter, even on a Tuesday night. Really. Despite my list of excuses for why it’s an off night, anyone can see that things have changed.

Hospitality officials are hoping a string of special events starting with this month’s Mardi Gras celebration and a media blitz of positive Saints coverage help turn back the clock for the French Quarter.

“We are gearing up for a very big Mardi Gras,” says Mark Wilson, president of the French Quarter Business Association. “We have a lot of different media resources that we’re working on and a lot of interest. Everybody in the French Quarter, whether you’re a hotel, a retailer, a restaurant or an attraction, is extremely optimistic about this year’s Mardi Gras.”

There is reason for optimism. This year’s Mardi Gras is spread over two weekends rather than last year’s abbreviated one-week parade schedule. There are approximately 30,000 hotel rooms available this year compared with an estimated 20,000 last year. The city is also riding a wave of positive publicity from the Saints amazing season. America’s Team has become a shining symbol of the city’s resilience and resurgence, say hospitality officials. Instead of images of the devastated Ninth Ward, coverage of the city’s Saints helped spread the word that major attractions like the Superdome, French Quarter and world-class restaurants are open for business. 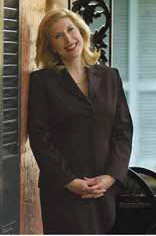 “It is a great vote of confidence,” says Sandra Shilstone, president and CEO of the New Orleans Tourism Marketing Corp. Her organization used to only promote the city during lean summer months and December. Now her mission has expanded.

“Years ago we did not have to advertise Mardi Gras. Now we market the significant events of the city,” she says. “We are now advertising 12 months out of the year.”

NOTMC signed a marketing partnership with Travelocity to drive visitors to New Orleans. Magazine, newspaper and online advertising will run nationwide this month to draw tourists. The group’s ad budget grew by $3 million to $8.5 million over two years; Shilstone plans to spend $5 million this year alone to drum up business.

“We know that if we do heavily market, we can impact tourism but the challenge is that we have few dollars and greater need,” she says.

So far, bookings are strong for Mardi Gras. By mid-January, the Royal Sonesta and the Hilton Riverside Hotel were almost completely reserved for the second week of Carnival.

Shilstone and others in the industry say there were few reliable metrics for measuring tourists in the city last year. Typically, University of New Orleans researchers survey visitors, but those studies were delayed. Shilstone says Katrina’s influx of media, relief workers and FEMA hotel vouchers skewed numbers, leaving it difficult to reliably compare figures.

Most agree that the city was on track in 2005 to beat its record of 10.1 million visitors in 2004. Some estimates have pegged the number of visitors for 2006 at 6 million.

“The hotel community is running at 62 or 63 percent occupancy annualized—with fewer hotels available; you can equate that with millions of people who were not in this city in 2006,” says Wilson, who also works for the Royal Sonesta.

Smith Travel, a hospitality industry research firm, estimates average hotel occupancy rates fell 5 percent to 63.7 percent for January through November 2006 compared with the same time period in 2005. The number of rooms sold dropped almost 19 percent, while the number of rooms available declined by 14 percent. Before the storm, the city had roughly 38,000 hotel rooms.

Jan Freitag, vice president of Smith Travel Research, points out that average daily hotel rates have inched up 5 percent to $119.82, which is a dollar above the average rate for the top 25 U.S. travel markets.

“New Orleans rates have recovered as well as can be expected,” he says. “It’s too bad that the decrease in hotels does not lead to an increase in occupancy. The occupancy right now is 63.7 percent, which means four out of 10 rooms are still available. So it would be helpful to get some more big conventions to make clear that New Orleans is open for business.”

Fred Sawyers, president of the Greater New Orleans Hotel and Lodging Association, concedes that many of the city’s smaller hotels are struggling. Larger properties are getting by because they are relying on corporate meetings and events.

“The industry is trying to get back on its feet,” says Sawyer, who is also general manager for the downtown Hilton.

Big conventions and big events are part of the city’s strategy. In addition to promoting Jazz Fest, French Quarter Fest and the Essence Festival, the city is adding a seafood festival this spring. There is also a significant push to court corporate meeting and association event planners.

“The corporate meeting traveler is still traveling,” he says. “We can become an attractive alternative for that business.”

“We have a very good first four months of the year with Mardi Gras and those conventions,” Wilson says. “We still have a challenging summer ahead after that.”

101
previous PERFECT 'MEMORY'
next On target!