Two local festivals have no shortage of great music actsIf you rarely get out to sample the fabulous and varied music the city has to offer, now’s your chance to indulge. With the French Quarter Festival and the New Orleans Jazz & Heritage Festival falling within weeks of one another, there’s a plethora of music to enjoy—by both local and national artists. Here are a few local gems that can be found performing sets at both festivals.

An iconic figure on the New Orleans music scene, cool cat Walter “Wolfman” Washington offers up searing guitar licks that blend R&B, blues and funk. His vocals may not always be easily understood, but the way he howls out lyrics gets the feeling across, and the depth and power of his music is unmistakable. Washington got his career started as a teen in the 1950s backing legendary players Lee Dorsey, Ernie K-Doe and Johnny Adams. Last year, Walter “Wolfman” Washington & the Roadmasters—bass player Jack Cruz, drummer Kevin O’Day, saxophonist Jimmy Carpenter, trumpeter Antonio Gambrell, guitarist Cristian Duque and keyboardist Judd Nealson—released their latest album, a soulful tribute to New Orleans titled Doin’ the Funky Thing. With tracks like “Crescent City Starlights,” “Wolf Jazz” and “I’m Back” (featuring Dr. John on organ), there’s no doubt you’ll be blown away at the force of what this seasoned band can do.

Catch them at French Quarter Festival/Abita Stage, April 17; Jazz Fest on April 25, performing a special set with Joe Krown and Russell Baptist Batiste Jr., and on May 1. 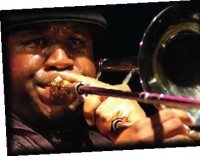 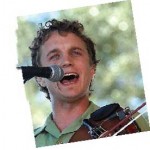 THURSDAY, APRIL 30
Ben Harper & Relentless7—Fiery feel-it-in-your-gut, hard-rocking blues. Stick around for the Zeppelin and Prince covers.
Solomon Burke—Rhythm and blues spiked with gospel and soul from the Preacher Man.
Meter Men: Zig, George and Leo—Three of the original Meters. Need I say more?
Sunpie & the Louisiana Sunspots—Eclectic blend of Louisiana zydeco and Afro- Caribbean jams to make your body move.

SATURDAY, MAY 2
Dr. John—Entertainer of the year, this piano man is the epitome of New Orleans 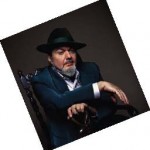