Get Your Eat On

With food-centric festivals and celebrations galore, there’s no shortage of amazing food to try

If ever there was a month for food fanatics, it would be April. While Passover and Easter feature special foods, we also have the French Quarter Fest, Jazz Fest, Strawberry Fest, Catfish Fest, Etouffee Festival, and the Cajun Hot Sauce Festival. Also making food news are the chefs popping up in new locations, recent restaurant openings, a fresh festival and, as always, a little harmless gossip. 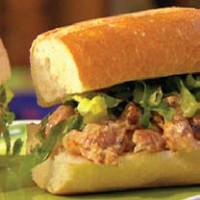 state. Held on the first weekend of the month in the 300 to 600 blocks of Royal Street, the Roadfood Fest will have 16 restaurants whipping up favorite dishes from across the state. Notable food highlights include meat and crawfish pies from Lasyone’s Meat Pie Restaurant; Creole hot sausage from Vaucresson; shrimp and grits from Joe’s Dreyfus Store Restaurant; barbecue from Pull My Pork BBQ and Seafood; and 12-hour roast beef, cochon de lait and duck cracklins from Boucherie. On Saturday morning at 11 a.m., the Annual Oyster Jubilee on Bourbon Street will create the World’s Longest Po-boy (311 Bourbon St.) and connect the two festivals as it stretches from Bourbon to Royal streets.

SACRED EATS
Passover begins at sundown on April 8. For the next seven days, observers abstain from any foods that contain leaven (and therefore ferment or rise), including barley, wheat, rye, oats and spelt. Matzoh is unleavened bread made from flour and water. It is mixed and baked in less than eighteen minutes, which means no leavening takes place. As the official food of Passover, matzoh is eaten in place of bread all week long. Check out the delicious matzoh varieties available at groceries all over town, and be sure to that the product is marked “Kosher for Passover.”

April 9 is Holy Thursday, and that means Mrs. Chase’s Gumbo Z’Herbes at Dooky Chase Restaurant. The gumbo pot will be filled with an odd number of greens (at least seven, including beet tops, pepper grass, carrot tops, etc.) and plenty of meat (sausage, ham, brisket, stew meat). Lots of people will be there to get their bowlful. Reserve a spot or plan to get in line.

Easter Sunday is April 12, and to many that means a visit from the Easter Bunny. This 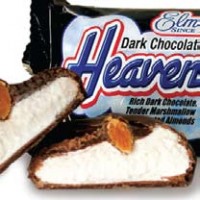 year, look for baskets loaded with Elmer’s newest additions: Dark Chocolate Heavenly Hash and Gold Brick Eggs. Elmer’s is the oldest family-owned chocolate company in the United States and because Gold Bricks and Heavenly Hash are only available during the Easter season, you may want to stock up.

Chris Debarr, the beloved chef responsible for firmly planting the Delachaise on the food map, has opened his own spot on Exchange Alley, called the Green Goddess, so named for the late Warren LeRuth’s creamy-tangy salad dressing, and “for fresh tastes, mystical powers.” Expect Debarr to push the flavor envelope in spectacular and intriguing ways.

Aurora and LeRoy Bautista of Refuel have left New Orleans, but the beat goes on in the chic, modern space on Hampson Street in the Riverbend. There are new chefs in residence, both for cuisine and pastry, seven-day service and delivery. And, in case you’re worried, those genius grits are still as amazing as ever, only now they’re ramped up with a choice of seven toppings, or none at all, save a healthy splash of Crystal Hot Sauce.

Dominique Macquet and Guillermo Peters have paired up to offer unique dining in the space that was once Taqueros Y Coyoacan then Stop 9. Seatings span a three-hour period from 6:30 to 9 p.m., with reservations required. The first dinner was held last month. A modern spin on both chef’s homeland cuisines—Mexico City colonial and Indian Ocean fresh. Price points were a bit steep, with entrees averaging $31, and it was cash or check only. Interesting, no?

BLOGS OF NOTE
Fans of all things local will rejoice over NewOrleans.com’s weekly blog called Cooking With Honey & Sugarboy. Mr. Frank and Miss Luel (a.k.a. “Miss Lou”) share their stories and recipes of bygone New Orleans. This is a keeper! I’ve been printing out the weekly recipes and recently made Miss Lou’s Sausage Bread and Sweet Hot Pickles. Fabulous!

Chef Justin Devillier of La Petite Grocery has his own blog (www.justindevillier.com), which is updated with some regularity … for a chef, that is. In a March entry, Justin tips us off to what he’s cooking, what he’s planning on cooking and cocktail stuff, including this vague reference to “a very cool lady down by the racetrack who sells all kinds of herbs like wormwood (famous for absinthe), gientian and quassia, which all make great bitters starters.” Come on, Justin, be a little more specific! Maybe I’ll squeeze the goods out of him o 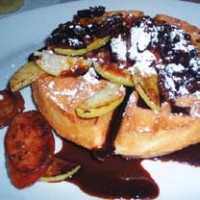 Finally, another update on chef Aaron Burgau (of Patois): As of press time, the “Aaron yells a lot” pool was going strong. For Lent, Aaron gave up yelling at his staff, but there’s a pool on when he’ll no longer be “master of his domain.” Though he yelled at someone on March 11, no one bought that square and Aaron was charged to add half the existing pool dollars back into the pot. It’s still game on, and yes, I bought two squares.

B-DAY BUBBLY
Visit Whiskey Blue, the swank lounge located in the W Hotel on Poydras during your birth month and enjoy a complimentary bottle of house champagne! Reservations for the lounge are encouraged, so call ahead.

185
previous Crimson Cocktails
next Life at the Top