Anthony Rouse Sr. was a hands-on presence at the supermarket chain that bears his name 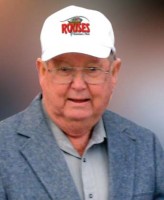 Orleans marketplace a little over a year ago, Anthony Rouse Sr., the store’s founder who died March 5 at the age of 79, saw this growth as a defining capstone of his career. The venture was an impressive and ambitious one to say the least, as the chain more than doubled in size when it purchased 17 stores from A&P and Sav-A-Center. Rouse, who grew up in Marrero, had a lifelong affinity for New Orleans, and the fact that his store finally had a major presence in the city itself was a proud accomplishment for him.

The family held a small, private ceremony for the patriarch and then a public memorial Mass the next day; they were touched by how well attended it was. “A lot of former employees came through. So many had their first job at Rouses. Now they’re involved in all sorts of careers and are at different places in their lives, but they said they learned a lot from their time with my grandfather,” said Allison Rouse who works in financial operations at the company. “He was friendly and funny. He was out and about all the time and knew a lot of people personally.”

Rouses, with 35 stores in the Gulf South and 4,700 employees, started in 1960 with just two employees, Anthony Rouse and his cousin Ciro. Called Ciro’s at the time, the men did everything in the small shop in Houma, from stocking shelves to cutting meats to running the registers. When Ciro retired in 1975, Anthony’s sons and other family members joined the business, the name changed to Rouses and the store expanded to Thibodaux and beyond, eventually including stores on the Northshore and one in Metairie. After Katrina, many grocery stores remained abandoned and Sav-A-Center was looking to cut its losses. Rouses saw an opportunity. New Orleans has proved welcoming to the store, which keeps gaining market share.

Anthony Rouse tried to retire several years back, but he was never able to make it last more than three weeks. Born to Italian immigrants at the onset of the Great Depression, he had grown up with a strong work ethic, and it never left him. “He instilled his work ethic in everyone who worked for him,” said Allison. “He expected a lot from people because he expected a lot from himself.”

As his sons Tommy and Donald took over the day-to-day operations of his business, 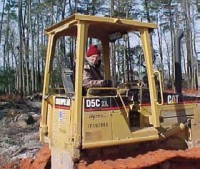 Rouse got rid of his desk, which “wasn’t his style.” He preferred visiting the stores, talking with employees, checking up on operations, and in particular overseeing construction of new properties. Skilled in contracting work, Rouse liked driving a backhoe or climbing into a store’s ceiling crawlspace to wire electricity.

One of his business credos was “You can’t wait for change. You have to be the innovator.” In that respect, Rouses has been ahead of the curve in many trends in the supermarket industry. Allison Rouse points out that Rouses was an early adopter of the “fresh” or “epicurean” grocery store format with a product mix focusing on fresh perishables, well-chosen wine and beer, and gourmet specialty items. But he didn’t jump on new trends for its own sake. For example, although Rouses acquired some self-checkout machines with its purchase of Sav-A-Center and may bring them online one day, Anthony Rouse never liked the devices, according to his granddaughter. He felt his store could distinguish itself through good customer service and believed customers wanted people helping them at the end of a grocery trip.

“Another thing he believed in was buying from local farmers and fishermen. Local foods are a big trend now, but we’ve been doing that for years. His father was a farmer, and it was important to him to support the community,” explained Allison.

The work ethic, hands-on attitude and community involvement that originates with the company’s founder permeates Rouses today. Rouse never felt any job was beneath him. “We all learned a lot from him in that sense,” Allison says, recalling how Rouses employees were displaced in the aftermath of last year’s Hurricane Gustav, which tore a path through the Thibodaux-Houma area. Members of the Rouse family opened up the Thibodaux store and, stepping out of their management roles, did what they needed to do so locals could buy desperately needed supplies.

Anthony Rouse is survived by his wife Joyce, four sons, two daughters, and many grandchildren. Everyone in the Rouse clan at some point had, or still has, a role in the family business. “I remember seeing my dad, uncle and grandfather always sitting in the office talking. That’s how a lot of decisions were made,” said Allison. “We learned a lot from my grandfather being around so much. We’re still getting used to him not being here.”

383
previous A Basket Case
next Love Is on the Air!