The beauty biz shines even when economy gets ugly

Christine Manalla and her husband aren’t worried about their jobs, but the national news about the recession has them spooked.

The Algiers couple is cutting back on clothing purchases, seeing fewer movies and dining out less often.

But Manalla’s cost-cutting has its limits.

“As far as hair appointments, I keep those every eight weeks,” says the 32-year-old, who gets her long brown hair trimmed and colored professionally every two months. “I need it for my sanity to spend a day in the salon.”

Local stylists say that’s a refrain they’ve been hearing a lot from clients who’ve cut back expenses in some areas but are unwilling to compromise when it comes to keeping up appearances. 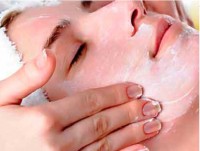 Neill Corporation operates 11 Paris Parker Salons in the Greater New Orleans and Baton Rouge markets and is the primary distributor for Aveda salon products to salons in 10 states in the southeastern United States. As a top executive for one of the largest salon industry companies in the Gulf South, Abbajay has been keeping a keen eye on how consumers are changing their habits in the current economy.

The good news locally is that her New Orleans salons continue to be among the company’s top performers, with the 4900 Prytania St. location posting revenue growth near 8 percent last year. She is also seeing that most clients continue to value their color treatments. “Hair color sales have increased at Paris Parker by 8 percent [this year] and overall our services are up 2 percent,” Abbajay says.

Clients are also opting for cost-conscious services such as eyebrow waxing, which have increased 18 percent this year.

On the flip side, retail sales are down slightly, and she’s seeing signs of price sensitivity across the board. Salons are getting more requests for lower-cost services, and customers are asking for appointments with new colorists and stylists, who charge up to 40 percent less for haircuts than senior stylists. Some clients are also extending the time between cuts and color, maybe going six weeks in between visits rather than four or five, Abbajay says.

“I think people are more frugal,” she says. “They are being more mindful of their spending.”

Glenn Michael, owner of Glenn Michael Salon at 1623 Metairie Road, recently attended the Intercoiffure Spring Symposium, a national conference featuring stylists from the country’s top salons. Michael says that “across the board” most of the conference attendees reported challenges because of the economy. “The challenge that we all face, in my opinion, is that if you believe there is a recession, you stop spending money and then there is a recession,” he says. “I do think New Orleans is slightly buffered against the impact, but you can’t take it for granted.”

Both he and Abbajay see opportunities for growth in this economy. Michael is launching a promotion for new stylists, offering free haircuts for new clients’ first appointments. If the client is happy and books another, the next will be just $10. If she schedules a third, the cost will go up incrementally until it reaches the full price after several repeat visits. The goal is to build a client base for new stylists and attract loyal clients to the salon.

Paris Parker is also taking a new approach by opening two new concept salons. The Paris Parker Studios will open in New Orleans and Baton Rouge this summer. The salons will feature primarily new stylists who have a lower price point for services. “There will always be a master stylist or colorist on staff with the six new artists,” Abbajay says.

Paris Parker Studio, which will be located at 5434 Magazine St., will also have a waxing bar offering convenient and affordable lip, brow and chin waxes. The goal is to give consumers loyal to the Paris Parker brand a price- conscious alternative and at the same time build up clients for new stylists.

One area of the beauty industry that seems to be holding as firm as a well- arched eyebrow is Botox. While cosmetic surgery procedures declined 9 percent last year, orders for Botox injections spiked 8 percent nationally, according to data from the American Society of Plastic Surgeons. Demand for anti-wrinkle filler injections grew 6 percent and chemical peel procedures grew by 2 percent, according to the same survey, which found that more consumers opted for less invasive and less expensive cosmetic procedures last year rather than once popular tummy tucks and facelifts.

Locally, plastic surgeon Dr. Michael Moses hasn’t seen much of a drop in demand for services at his Garden District clinic. “We’ve been pretty steady and pretty busy, which I’m grateful for. Certainly, we’re doing lots of Botox and lots of fillers,” he says. “I think that Botox and the fillers are probably up a little bit. I’m not sure that the surgery numbers are that far down. I think that our economy in New Orleans isn’t as bad off as the rest of the country.”

Dr. Jose Veras-Pola, owner of Laser One Spa in Metairie, is also betting on a steady market for cutting-edge cosmetic procedures locally. He opened his new clinic earlier this year and reports steady demand for laser anti-aging treatments such as the Triniti Skin Series, which offers color correction, skin tightening and the Matrix IR Fractional Wrinkle Treatment.

“Business has been really good. Even in a recession, people are attracted to minimally invasive procedures. They want to look good,” he says.

He has had an increase in clients who are on the job market and seek treatments to gain a youthful, competitive edge. “They want to look refreshed, and when they apply for [a job], they want to look their best,” Veras-Pola says.

208
previous The Sweet Life
next The Roosevelt’s New Deal