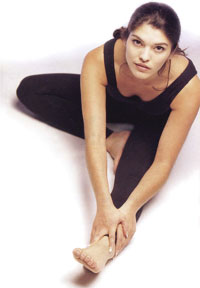 John Maginnis knows a good thing when he experiences it. The longtime spokesperson for Blue Cross and Blue Shield of Louisiana worked into the Christmas holidays filming television spots for his company’s latest advertising campaign, Louisiana 2 Step (www.Louisiana2Step.com), a statewide public health initiative. The new free Web-based program, a joint effort with the Pennington Biomedical Research Center, suggests that Louisianians take a couple of steps—moving their feet and watching what they eat—toward a healthier lifestyle.

Maginnis couldn’t help himself. He registered at Louisiana2Step.com and embarked on his own health improvement plan. He was about to enter the toughest time of year for any change in eating—the dreaded holidays—but he was determined to make an adjustment. 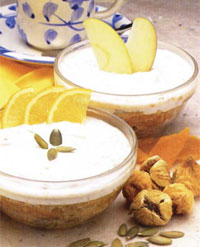 “This was probably the first holiday season that I didn’t stuff my face,” Maginnis says. Buoyed by his successful dietary transformation, Maginnis put his next foot forward and started getting physical.

“We have a workout facility right here at work, so it’s easy,” Maginnis says. “I started on the first of the year, and I’m determined not to be one of those folks who can’t make it through their New Year’s resolution.”

Why is Maginnis so unwavering in his dedication? He attributes some of it to those “chilling statistics” that as an insurance spokesperson for Louisiana’s top insurer he has talked about daily.

The stats are stark and to the point

• Louisiana has the fourth-highest percentage of adult obesity in the nation (“F as in Fat: How Obesity Policies Are Failing in America,” 2005)
• Obesity-related diseases account for nearly half of Louisiana’s health care budget (LSU AgCenter at Louisiana State University, 2004)

• Almost one in three school-age children in Louisiana is overweight or obese (LSU AgCenter, 2004)

Knowing something doesn’t necessarily translate into action, though. Everyone knows smoking kills and yet people continue to smoke. Many of us are aware of the facts about obesity, or at least realize it is an epidemic, but that doesn’t mean we’re hitting the treadmill any harder or packing our kids’ lunches with extra portions of fruits and vegetables.

But let’s face it: When money is involved, it can be a catalyst for change.

Blue Cross and Blue Shield provides more than 1 million people in Louisiana with health insurance. Something everyone seems to know is that the cost of insurance is increasing. Part of this simply has to do with overall rising prices, but another aspect of it is unhealthy people. The more someone gets sick, especially with chronic diseases, like diabetes, that require constant care, the higher the cost of health insurance. On the other hand, keeping health care costs down, as Maginnis describes it, means healthier people and a better bottom line.

“Good health is good business,” Maginnis says. “And one of the returns of this campaign could be the lowering of the cost of health care on the consumer end.”

Which brings us to other half of what is driving Maginnis. The Louisiana 2 Step program is a well-researched weight-loss and physical fitness campaign that employs established and effective techniques that are tailored for Louisianians. Blue Cross and Blue Shield is footing the bill, Pennington Biomedical Research Center is providing the expertise and the people of Louisiana, including John Maginnis, are the beneficiaries.

When it comes to the study of obesity, Blue Cross and Blue Shield couldn’t have selected a better partner than Pennington. The center, which opened in 1988 and houses 31 laboratories, inpatient and outpatient clinics and a research kitchen, is composed of more than 70 faculty members and over 600 physicians and support personnel.

The center focuses its efforts on the study of obesity, nutrition and chronic disease, and methods for battling obesity. Pennington is internationally renowned for its work, and, as Dr. Phil Brantley, a clinical health psychologist and director of Pennington’s Division of Education, says, their competence has been rewarded with funding dollars from the federal government.

“This is the team the National Institutes of Health comes to when they want to conduct weight-loss research,” Brantley says.

So what does the research reveal when it comes to starting and maintaining a winning weight-loss plan? Dr. Valerie Myers, another clinical health psychologist and a member of Brantley’s team, says that just paying attention can increase your chances for success.

“What we often see in the research for successful weight loss is selfmonitoring,” Myers says.

The Louisiana 2 Step allows for quick access to numerous self-monitoring tools including daily food logs, activity diaries, a space for current weight and a body mass index (BMI) calculator. After taking a few moments to set up your personal profile on the Web site, you can easily input your daily numbers into the appropriate sections with just a few clicks of the mouse. Additionally, the site creates progress charts, so users can see how far they’ve come.

In addition to self-monitoring, the interactive Web site offers large doses of motivation, another proven ally in the battle of the bulge. Visitors to the site can discover How Do You Do the 2?, where members share various ways they’ve incorporated the Louisiana 2 Step into their daily lives. Myers says this kind of motivational sharing allows participants to identify with other people in the program, producing a sense of community. The calendar of events, a list of healthy activities taking place across the state and a section on tasty Louisiana recipes (can you believe there’s actually a healthy way to make King Cake?) furthers this idea of community spirit.

Then there are the coaches. Nothing can get a body up and moving more than a personal trainer—someone to bark at you or gently push you onward and upward. Louisiana 2 Step lets you choose from different types of personalities to get the coach who will motivate you best. And, no kidding, they do talk to you. Once you’ve signed up and decided on a coach, you can choose to get regular e-mails from them and hear their words of encouragement through sound files. Rest assured, no one from any other state besides Louisiana will have a coach named I.E. Fontenot. Brantley says it’s just one more way in which the Web site was planned and built with our state in mind.

“It is not a generic Web site that you might see at Weight Watchers,” Brantley points out. “It was designed and tailored for people in Louisiana.”

An even bigger difference from the Weight Watchers’ Web site is that Louisiana 2 Step is free and available to anyone. Normally, you would pay at least $15 per month or more for a similar service on the Internet.

Maginnis says thatBlue Cross and Blue Shield will promote and fund this campaign for years to come. Myers adds that the Web site will continue to evolve and make available more and more resources for Louisianians wishing to lose a few pounds and become more active. As for Maginnis the athlete, he’s sticking to his version of the two-step and keeping in touch with his new mentor.

“As a matter of fact,” Maginnis laughs, “I just got an e-mail from my coach while we were talking.”

104
previous Anne’s Message
next Cindy's in the House