Entrepreneurial hubs like the I.P. cluster start-ups and new businesses so they all succeed 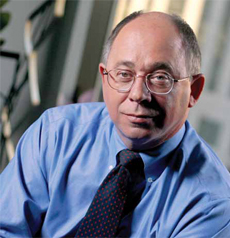 New Orleans is associated with a lot of things—great food, jazz, le bon temps roulez—but a burgeoning hub for entrepreneurship isn’t exactly tops on the list.

Well, not until recently.

The city scored an incredible publicity coup by making the August cover of Entrepreneur magazine as a blueprint for economic recovery, followed by a prominent feature in the New York Times about the city’s growing entrepreneurial clusters. Both articles featured Intellectual Property (I.P.), a former Warehouse District law office that the Idea Village and the developer Brian Gibbs converted into a hub for small business ventures and technology firms. We caught up with lawyer, political commentator and entrepreneurship advocate Rob Couhig to talk about the city’s entrepreneurial culture and why he moved his own law firm, Couhig Partners LLC, from the Energy Centre into the I.P.

How did the I.P. get started?

It started with Brian Gibbs, a developer, and Tim Williams [president of Idea Village]. Tim had this idea of getting people together, and Brian took the building and got some agents involved.

I got involved because I have always had an interest in technology projects and products. It appeared to me that this was going to be a spot where we could help to incubate some businesses and, just as importantly, bring those businesses that were established from one level to a more mature level. And the combustion of having that type of intellect around excited me. I think it’s begun to work the way we expected.

Do you primarily work with technology firms and start-ups?

While we are not, despite people trying to make us one, a true intellectual property law firm, we do a lot of investment with those types of folks. We do a little bit of marketing with them and various things like that.

One of the goals of the I.P. is to have kind of a cross-pollination of ideas and business opportunities among tenants. How is that working out?

It has worked out pretty well for us. They have social events that everybody goes to. I think the younger folks particularly end up seeing each other a lot. This past week was a pretty good example. In some measure because of our support of the Louisiana Technology Council and its member companies, we were asked to get involved in the defense of the lawsuit that the City of New Orleans brought against the LTC and various other companies. What I like about it most is that it’s truly entrepreneurial in nature, and people are not just talking about the fact that there is a very informal dress code and that there are dogs [in the office]. It’s that people aren’t afraid of new ideas.

The I.P. is just one of a few entrepreneurship hubs that have opened in the past year. There is also Entrepreneur’s Row, the Icehouse and the Entergy Innovation Center. Why is this happening in the city now?

I think if one were to look for a silver lining to the extent that there could be one in what happened in Hurricane Katrina, it’s that a lot of young folks saw the opportunity to come back to the city, get involved and be creative in not quite as rigid of a social system. I think that plus these office spaces are relatively inexpensive compared to other markets. So it’s a perfect combination of opportunities. And now you’re getting enough critical mass that others are joining. There are four different other groups out there. Four has a much better tendency to beget five than one does [to become] two.

Do you see this trend continuing?

I hope that there is enough energy at this level that the folks in New Orleans will continue to expand their presence and the like. I think a lot of that is going to depend on the economy in the city itself.

It’s been said that the city is somewhat insulated from the worst of the recession because of recovery spending. Are you getting a sense of that from your fellow tenants?

I don’t know if that’s the case. It’s not as though they have a customer base that’s purely in New Orleans. They have national and international clients. They depend on the vagaries of the world and national economy. What I do think is true is that expenses are not outrageous to live here and sort of live through the [economic] storm.

Aside from your work with the LTC, what else is on your plate?

We just sold our oil and gas interest in a company. I do a radio show on WWL. We’re also looking at doing some things politically right now. And of course, we’re practicing law.

You once ran for mayor. Are you planning to get back into local politics again?

I am considering what I can do. I have a specific philosophy about what the city needs to do in order to move forward, and I am trying to see whether I can best achieve that through politics or through some other means. I am trying to decide that now.

164
previous Can-Do Cannizzarro
next Stepping Up to the Plate