Home TOP STORIES CELEBRITY On the Side of the Angels
CELEBRITY
October 27, 2009 Christine Fontana 0

On the Side of the Angels

Anne Rice has moved beyond vampires, but she returns to New Orleans with her Songs of the Seraphim series 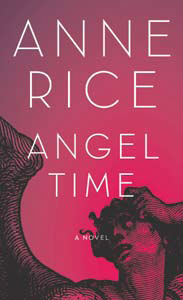 Anne Rice is back doing what she does best. The prolific author, who has sold almost 100 million books during her career, is poised to have another blockbuster with her latest novel, Angel Time. Set for release on October 27, the enthralling metaphysical thriller kicks off Rice’s new Songs of the Seraphim series. Weaving together angels and assassins in an unrelentingly suspenseful tale rife with murder, madness and the chance at redemption, Rice will have readers relishing her intriguing new character Toby O’Dare, a native of New Orleans with a dark past who travels through time to 13th-century England on a quest for salvation, loyalty and love. And although Rice has left the vampires and witches out of her writing since reverting to Catholicism, Angel Time lacks none of the robust violence, moral confliction and rich invention that have captivated fans of her past works.