A Passion for Giving

The Tocqueville Society recognizes the philanthropy of Phyllis M. Taylor 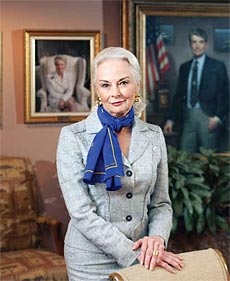 The Tocqueville Society, an influential group within the United Way for the Greater New Orleans Area organization, chose Taylor because of “the scope of her philanthropic leadership and her many years of selfless service,” according to a press release, and “to publicly acknowledge the model that Phyllis has set for others as a partner with the United Way personally and through the Patrick F. Taylor Foundation.”

The Patrick F. Taylor Foundation was set up in 1985 by Patrick and Phyllis Taylor. Patrick Taylor grew up in Houston not particularly wealthy. Still, he was able to attend an exclusive prep school on scholarship. Due to conflicts with his stepfather, Patrick was kicked out of the house when he was only 16, and when it was time for college, he didn’t have many financial resources to pursue his education. He decided to enroll in LSU, which didn’t charge tuition at the time. After graduating and rising through the ranks of the drilling business, he went on to establish the Taylor Energy Company and led it to become one of the largest private oil companies operating in the Gulf of Mexico.

“He considered his excellent high school education and the fact he didn’t have to pay college tuition to be huge stepping stones to his success,” says Phyllis about her husband. “He experienced how important education was to success in life, and the foundation aims to encourage students to stay in school and then to have access to an education in a university, community college or technical college.” Indeed, Patrick Taylor was instrumental in pushing TOPS (the Taylor Opportunity Program for Students) through the state legislature. TOPS allows any student who maintains certain academic standards to receive free tuition assistance to any Louisiana university or college, including fully paid tuition to all public institutions within the state.

Unfortunately, Patrick passed away five years ago, but Phyllis Taylor took over leadership of both Taylor Energy and the foundation to continue its philanthropic work involving education. “Over time, he persuaded me to see the validity and importance of education,” she says. “I probably would not be as involved in this area as much as I am without his influence.”

For Phyllis Taylor also has interests of her own. She enjoys supporting cultural institutions such as the New Orleans Ballet Association, the New Orleans Museum of Art, and the Audubon Commission. Over the years, her philanthropic endeavors have included active involvement in medical and health-care causes, military institutions, artistic organizations and business groups. A frequent holder of various nonprofits’ board memberships, she currently serves as chair of the Greater New Orleans Foundation, which supports a number of community causes.

“I like to spend a period of time with an organization and then move on,” says Taylor. “It’s healthy for me as an individual but also for the organization. When new people come in to a group, it keeps things vibrant.”

Although the Patrick F. Taylor Foundation is one group to which she’ll always be devoted, this same idea of moving on applies. The foundation will support a certain educational initiative for some years and then select a different one. For example, one of its current projects is providing support to Ready by 21, an initiative through the United Way that seeks to prepare juveniles for the responsibilities and challenges of adulthood.

Phyllis Taylor’s own youth was spent in Abbeville, a town about 20 miles south of Lafayette. She grew up in a large, loving family surrounded by aunts and cousins. She took a pre-law curriculum at what is now University of Louisiana at Lafayette and received a law degree from Tulane University in 1966.

“There were only two other women in my class,” she recalls. “At the time, there was less acceptance of women going to law school, and looking back, I see that it was unusual. But everyone was courteous, and there was no discrimination in that regard. Once you were accepted, the school was determined to see that you graduated, that your seat hadn’t been wasted.”

Regarding the Alexis de Tocqueville Award, Taylor admits to being “humbled and honored” that she was chosen. It will be formally given to her at a gala on November 12 at the Roosevelt Hotel. “Each Tocqueville Award gala is a little different and unique,” she says. “It focuses around whoever the honoree is of that year. I’m sure there will be surprises.

“Beyond being a fun party,” she says, “the gala is a way of bringing awareness to the United Way and encouraging the community to help support nonprofit organizations.”