Register to be an organ donor 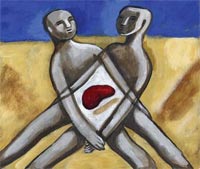 Dr. George Loss, head of transplant surgery at Ochsner Clinic Foundation, says that when a person dies who isn’t an organ donor, it’s like two people dying—the person who actually died and the one who will die because they didn’t get an organ donation. “We’d love to eliminate death from the waiting list,” Loss says.

Legacy Donor Foundation (LDF), a local organ donation advocacy group, has made it their mission for more than eight years to turn Loss’ wish into reality. Through aggressive media campaigns, educational programs, and fund-raising, the group has contributed to some exciting statistics: Since 1999, the year LDF was founded, the Louisiana Organ and Tissue Donor Registry has grown from 450,000 names to more than 1.4 million. With 47 percent, Louisiana ranks 11th nationally for the percentage of the population who are organ donors.

LDF isn’t resting on its laurels. They are presenting youth forums, forming workplace partnerships with local businesses and trying to dispel some of the myths surrounding organ procurement. As is the case with much of health care in the post-Katrina world, organ transplantation faces new challenges, but as Jeanette Slakey, executive director of LDF, points out, these obstacles are being overcome because they have to be. 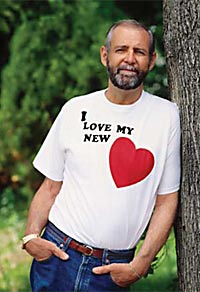 “When someone gets a transplant, you are literally saving their life,” Slakey says. “One organ donor can save up to nine lives and enhance the lives of 50.”

Chris McCrory, director of professional and public education for the Louisiana Procurement Agency (LOPA), is very aware of the problems surrounding organ donation in the metro area these days. LOPA is the federally designated agency in Louisiana responsible for recovering donated organs and tissues from the recently deceased and placing the organs and tissue for transplant. Because he routinely deals in life and death situations, McCrory is blunt as to why there are fewer younger donors nowadays.

“It’s much harder now,” McCrory says. “The biggest battle we’re facing is hospital bed space, and that a lot of the patients [gunshot victims] we’d normally see aren’t making it to the hospital.”

McCrory believes this is due to the lack of a large trauma center, which Charity Hospital used to provide, and that these gunshot victims, especially those in isolated areas, are dying long before they ever make it to an emergency room. In the past, Charity’s highly skilled trauma physicians could sustain these mortally wounded patients long enough that their organs could be used for transplants.

Dr. Loss confirms McCrory’s assessment. No longer having Charity’s trauma center has translated into a smaller amount of people that Loss refers to as “ideal donors.” These are people under the age of 40 who have suffered a traumatic death. Their young age means their organs are likely healthy and haven’t experienced the consequences of a prolonged chronic ailment such as diabetes or heart disease. Loss says he is very sympathetic for the families of these potential donors.

“It’s a terrible, terrible situation,” Loss admits. “But these families can get some solace by having these perfect organs save lives.”

With the shortage of younger donors, the average age of donors has risen. According to LOPA, from 2004 to 2006 the average age has climbed from 34 years old to 38, and so far in 2007, the average age is 44. Loss says that an older donor is considered less desirable because the organs may have been damaged by disease, and there are more donors coming from chronic care facilities. However, he adds that surprisingly more and more medical studies are indicating that older organs that haven’t been afflicted by a chronic condition can be successfully transplanted and used for years by their recipients.

“I sometimes tell my patients it’s the difference between a new Mercedes and a classic ’57 Chevy,” Loss says.

LDF is trying to ensure that there are plenty of cars to go around, which is why the group is currently focused on public education. In conjunction with LOPA, LDF offers workplace partnerships, where guest speakers visit local businesses to teach workers about organ transplants. For teenagers, LDF conducts youth forums. Teens spend half a school day in the forum learning from organ recipients, donor families and doctors on how organ donation can be the difference between life and death. And even though only two people, Slakey and program coordinator, Taryn Giles, manage LDF, these two hardworking women also participate in area health fairs.

Slakey says overcoming the myths surrounding organ donation can be difficult. Many people believe that organ donation is against their religion. Slakey says that to the contrary all major religions support organ transplants, and the LOPA Web site, www.lopa.org, lists numerous religions and their positive stance on the subject. Prior to storm, LDF was visiting local churches and speaking to their members. Slakey hopes to restart this program in the future.

Some people choose not to become organ donors because they fear that doctors won’t try hard enough in emergency situations if they know the patient is a potential organ donor. McCrory says this is completely untrue. Organ transplantation is a very time-sensitive matter and there’s only a small window to procure organs; LOPA is called by hospitals when there is a possible donor patient, but, and McCrory emphasizes this, “we’re only contacted when people have catastrophic injuries.

The most troublesome falsehood regarding organ donation is one rooted in a past truth. That is that African Americans do not receive equal medical treatment. McCrory says it’s hard to convince people that this is no longer the case, especially considering New Orleans’ history. “Access to health care in our area is still considered a major issue,” McCrory says. “Some people will argue that health care inequality isn’t a myth but a real documented problem.”

This perception has contributed to the inequality between the list of deceased organ donors and the list of those waiting for an organ transplant. According to the United Network for Organ Sharing, there are currently 1,611 people waiting for organ transplants in Louisiana and 59.1 percent are African American (36.4 percent white, 2.6 percent Hispanic, 1.1 percent Asian, and .8 percent other). But in 2006 only 31 percent of deceased donors were African American. Slakey says LDF is attempting to rectify the disparity through its Minority Donor Awareness Initiative, which increases awareness of the issue and promotes a healthier lifestyle for minorities.

Slakey stresses that although it’s vital that Louisianians sign up and become registered organ donors (check out the side bar to find out how), it’s just as important to let your family know of your decision. Louisiana is a first-person consent state, which means hospitals have the legal authority to proceed with organ procurement from registered donors without consent from the donor’s family, but Loss reports “we don’t push it if the family is against it.”

Slakey feels that perhaps the easiest way to ensure people don’t die waiting for organ transplants is to reverse the process of organ donation.

“The goal for us is that ultimately every person is an organ donor unless you opt out,” Slakey says. “This is the way they do it in Spain, for instance.”

One hundred percent organ donors? Maybe then Loss’ scenario of one person’s death resulting in another’s demise would never be true in Louisiana again.

148
previous Getting to know Osteoporosis
next Special Delivery