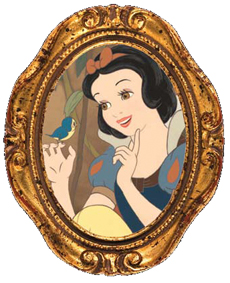 Art of the Classic Fairy Tales From the Walt Disney Studio premiered at the New Orleans Museum of Art, the only site in the country fortunate enough to host the exhibition. NOMA was thrilled at the opportunity to work with the Walt Disney Company, grateful for the exhibition and excited to introduce a younger generation to the museum experience. As NOMA director E. John Bullard stated, museums are “hustling and desperate to get people into the door and come to the museum, and always fighting an elitist image. Some of that we can’t help–museums can be intimidating to young kids. So getting them in the door is the hardest part. But then it might be the beginning of a beautiful relationship.”
NOL: New Orleans is the only city in the country to have this show. How did you get it?
JB: The show was created exclusively for us by the Disney Animation Research Library, a branch of the Disney company in charge of an incredible archive of over 60 million works of art and materials related to the animated films.
I read that Disney wanted to create the show partly to support New Orleans after Katrina and partly in conjunction with The Princess and the Frog, which is set in New Orleans.
The movie itself is a gift from the Disney Corporation to New Orleans. About six months after Katrina, the company held its annual stockholders meeting here. At that time they announced they were going into production with The Princess and the Frog, and it was their intention to set it in New Orleans. Once they made that decision, I got the call in early 2007 from Lulla Smith, the creative director of the Disney Animation Research Library [and was asked if we] would be interested in doing a show. We are happy to promote the popular arts and also to attract that larger audience. In particular, not just a family audience but for us an exhibition that has a great deal to do with a feature film that focuses on African Americans in New Orleans and our audience here, which is a majority African American.
How is the show set up?
The first gallery is devoted to the early shorts that are based on fairy tales, like Jack and the Beanstalk, which has Mickey Mouse going up the beanstalk, and The Three Little Pigs. Then we begin chronologically with the full-length features, beginning with the 1937 film Snow White and the Seven Dwarves. Then Cinderella, Sleeping Beauty, The Little Mermaid and Beauty and the Beast, which is 1991. About a third of the exhibit is taken up with the last of the films, The Princess and the Frog. Then there’s a final room about the animation process. The studio has produced an eight-minute video on Walt Disney and his interest in classic fairy tales. It will play continuously in the auditorium, as an introduction to the exhibit. There’s also an audio tour featuring John Goodman, who lives in New Orleans and is the voice of Big Daddy in The Princess and the Frog.
Does the exhibit demonstrate how each of the films was developed?
Flat-screen TVs in each section will have clips from the final movie. In the animation section at the end, examples from The Princess and the Frog show how the process develops. And each individual exhibit will contain the original artwork, starting with the original sketches, showing how the storyboards were developed. They also will include the cels [hand-drawn frames used in the earlier films]. They’re in chronological order, so you can follow the development of the film through the individual works of art.
The exhibition catalog is beautiful. How does it tie in to the show?
The idea of the catalog, and to some extent the exhibition too, is to examine how Disney took the fairy tales from Brothers Grimm or Hans Christian Anderson and transformed them, not just from the written media to the film media but also by changing the focus of many of these tales so they would have a happy ending. Many of these fairy tales don’t have happy endings. They’re pretty grim.
Any closing thoughts?
These have been hard times for museums in general. We were just recovering from Katrina when the country had this financial meltdown. These films are icons of America. They show that stories do have happy endings and dreams do come true. That’s one of the reasons Snow White and the Seven Dwarfs was such a big hit. It was released [during] the Great Depression, and it gave people hope, gave them something they could be happy to enjoy and think about. This show can fulfill a similar role today.
General admission to NOMA is free to Louisiana residents, and tickets to the special exhibition are half price. Dreams Come True will be exhibited through March 14. For more information about the Disney show and other NOMA events and exhibitions, visit www.noma.org/index.html or call 658-4100.
108
previous Acting Up
next War Stories