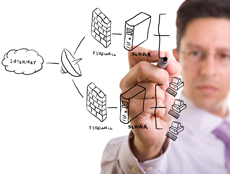 You are, of course, familiar with the New Orleans that is the birthplace of jazz, home to Creole culture and the centuries-old economic engine of the United States. Now is the time to get to know GNO 2.0, which builds on that historic legacy but is pushing into an entirely new–digital–frontier. Thanks to our unique, creative culture, favorable business conditions and incentives that collectively are as rich as anywhere in the country, a new Greater New Orleans is emerging, one that promises to transform the “Dirty Coast” (an ode to the mighty, muddy Mississippi) to the “Digital Coast” (an ode to the creative professionals driving innovation in the region).
A recent poll from MSN.com named New Orleans one of the Top 15 Coolest Cities in the country. Next Generation Consulting named us 10th on a Next Cities ranking of the best places to live and work for young professionals. Fast Company chose New Orleans as one of its top Fast Cities of 2009. Forbes named our region the 18th “most wired” in the nation (ironically, due to our high number of wireless hot spots). Manpower Inc. ranked the Greater New Orleans region the number two place in the country for the employment market.
People say you can’t believe the polls, but nonetheless they are powerful (and at least directionally true). From executives making business location decisions to parents deciding where to send their kids to college, rankings drive perception and perception drives decisions. So we are happy for these changing, positive perceptions. But is it just our perception that is changing? Or is New Orleans truly seeing a shift in the business culture, with innovation and entrepreneurship emerging as new, defining traits?
You need only look at some of the entrepreneurial hubs sprouting up in the region, and the people and companies located within them, to answer this question. The Icehouse in Faubourg St. John, Entrepreneur’s Row in downtown New Orleans, the Entergy Innovation Center in the Ninth Ward and the IP Building in the Warehouse District are homes to companies like the Receivables Exchange, TurboSquid and Naked Pizza, all of which are leading the world in innovation in everything from financial markets and graphic design to, well, pizza.
These buildings represent the heart of the creative professional revolution that is manifesting in the “new” Greater New Orleans–GNO 2.0. And in early 2010, GNO, Inc. and partners will launch two new entrepreneurial hubs, an “IP North” building in Covington, and due to demand, a space connected to our own office in downtown New Orleans, called GNO, Thinc.
These spaces help create a culture that both nurtures our existing businesses and attracts new ones. And on top of this culture, we also have business conditions up to 30 percent cheaper than other markets, and then hard incentives–a new 35 percent tax credit for the production of digital media. What earlier legislation did for film, this legislation will do for digital media. If you think it has been exciting shooting to number three in the country for movie production, get ready for what will happen in digital, an industry that dwarfs film in potential for growth and high-quality job creation.
The fact is that with our unique culture, lower cost of business and rich incentives, the Greater New Orleans region is now perfect for creative professional companies and employees. While our historic industries will remain fundamental to our success, new, innovative industries–and the people who drive them–will begin to diversify and strengthen both our economy and our culture.
Welcome to GNO 2.0.
Michael Hecht and Austin Marks are the president and chief of staff, respectively, of Greater New Orleans, Inc. To find out more, visit www.gnoinc.org.
271
previous Fair and Balanced
next Life of Bryan