There’s too much good food out there to consider making one of those! 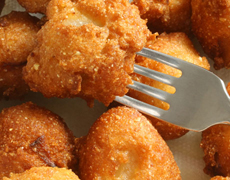