The Birthing Project USA is dedicated to reducing the infant mortality rate, especially among African Americans 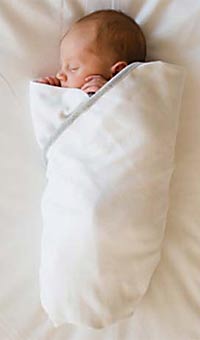 The last thing expecting parents want to hear about is death. It’s frightening to think of losing your child. However, as Kathryn Hall-Trujillo, founder of the Birthing Project USA, starkly puts it, “when we talk about infant mortality rate, we are talking about counting dead babies.” Statistics from 2005 show that Louisiana is tied with Mississippi for the secondhighest infant mortality rate in the nation, with 9.6 deaths per 1,000 live births. This is unacceptable. African American women suffer a higher incidence of infant mortality, and the Birthing Project USA is dedicated to providing better birth outcomes. Recently, Hall-Trujillo spoke about the continuing national tragedy of dying babies and what her organization is doing about it.

The United States is one of the world’s wealthiest nations, but it has an unusually high infant mortality rate. Why?

According to the 2007 CIA Fact Book, we are 42nd in the world for infant mortality rates [41 other countries have a lower rate of mortalities per 1,000 births]. One of the things that’s happened is that we’ve reached a certain point and we haven’t gotten any better—other countries have gotten better. They have better access to care—actually having an investment in maternal and child health—and having an investment in education and housing. The kind of things that support health care. It’s not a national priority.

Why do African American women experience a higher rate of infant mortality?

One of the biggest myths about infant mortality as it relates to women of color is that the average black woman who delivers a baby is 12 years old, unmarried, and on crack or something. The truth of the matter is that [infant mortality] does not adjust by age, education, or income. Middleclass, married, master-degreed African American women have the same rate of infant mortality as [other African American women]. It’s a complicated issue, but one of the things that affect birth outcomes is stress. Stress compromises the immune system, and you tend to get infections.

What is the Birthing Project doing in New Orleans to combat this problem?

We use social support to reduce stress to keep women pregnant longer. We’re getting the message out that this is a serious problem, and we’re presenting a solution. That solution is that every woman who wants to can adopt a pregnant woman as their “sister” and help guide them through this maze of what you need to do to have a healthy baby. Thanks to [sponsor] Dr. Miracle’s Hair Care, we’ve been holding baby showers in New Orleans every three months. We are now training our first group of “sister” friends in New Orleans.