Are we Ruining Their Effectiveness? 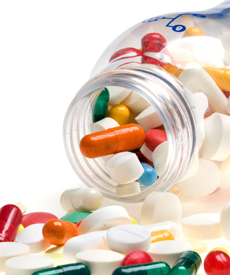 In 2006, Amanda Burns was an 11-year-old in California who needed surgery to correct an obstructed bowel. None of the physicians treating Amanda gave her, or her family, reason to believe the surgery was anything other than ordinary. At first, that was the case. The first 24 hours of recovery went very smoothly. Then, Amanda developed a fever and her surgical incision became infected. Amanda had been on a preventive dosage of antibiotics as a standard part of her post-surgical care.

Her doctors changed the dosage to address the new infection, but in the next several hours, her condition worsened severely. As her infection worsened, so did her fever and other vital signs. Her doctors were witnessing something physicians throughout the world have seen; antibiotic resistant bacteria were causing Amanda’s infection to grow. Finally, after two frightening days for Amanda’s family, her doctors were able to find the right antibiotic at the right dosage to bring her infection under control. Today, Amanda is a happy teenager with no signs of her previous surgery except a small scar.

For physicians everywhere, cases like this have left a lasting message. They are seeing cases where patients have illnesses that can fight off antibiotics with amazing effectiveness. Ever since Alexander Fleming discovered penicillin, the first antibiotic, in 1927, these bacteria fighting agents have come to be seen as superheroes in our quest for better, healthier lives. Some of that reputation is rightly deserved. Antibiotics or antimicrobial drugs have shown for decades that they can attack harmful bacteria effectively while not being harmful to our overall health.

Bacteria lives in and on our bodies every day everywhere except in our blood and spinal fluids. Most of the bacteria we encounter will never harm us. Some of it actually helps us. However, disease-causing bacteria can cause strep throat, ear infections and numerous other maladies. Antibiotics can attack these bacteria quickly and effectively.

Dr. Clayton Mazoue practices family medicine at East Jefferson Family Care. Dr. Mazoue knows what a valuable tool antibiotics can be. “The ability of these drugs to quickly target harmful bacteria and defeat it helps my patients immeasurably. Years ago, these infections may have worsened in time and spread. Now, if we treat them properly, that is not the case.”

While they have proved their usefulness against bacteria and microbes, the family of medicines now existing under the heading of antibiotics were never intended nor should be used to fight viral infections. Viruses are smaller than bacteria. And, unlike bacteria, they cannot live outside the body. They invade healthy cells and reproduce. Virus-based illnesses include colds, flu, most coughs and bronchitis, sore throats (not caused by strep throat) and some ear infections.

The consensus among physicians is that these should not be treated by antibiotics.

While physicians know the use of antibiotics against viral infections is completely useless, many people use left-over antibiotic prescriptions to fight off viral diseases. Not only will their efforts fail to fight off the viral disease, they wasted valuable time they could have been receiving treatment, and they may have altered the ability of antibiotics to help them in the future.

The Centers for Disease Control has classified antibiotic resistance as one of the world’s most pressing health problems. Even when these drugs are used properly, bacteria and microbes are constantly

Since the microbes and bacteria live on both the inside and outside of our bodies, they are easily spread to friends, family, coworkers and others. Dr. Eric Ehrensing, director of Infectious Disease Medicine at East Jefferson General Hospital, is keenly aware of the risk these resistant strains of bacteria pose for ourselves and future generations. “We have already seen entire strains of disease for which we had to develop more powerful antibiotics. Some strains have even become completely resistant. In a hospital setting in particular, our major concern is always infection.

“Antibiotics are some of our best tools to combat infection, but the fight is made harder by the continued overuse of these agents.” When antibiotics are used on a bacterial infection, only one bacteria needs to survive that attack in order to develop a resistant strain. That one, newly resistant bacteria, survives on and multiplies. All their offspring are now similarly resistant. That person can quickly spread their bacteria to others who, unwittingly, are now carrying resistant bacteria as well. Antibiotics play a vital role in minimizing infections and promoting recovery from illnesses when they are used properly. Dr. Raymond DeCorte, a surgeon at East Jefferson General Hospital, has seen the changes he and his colleagues have made in using antibiotics as bacteria have grown more and more resistant.

“Of all the things that can negatively impact a patient’s recovery, post-surgical infections stand as one of the most serious. We have already seen changes in the types of antibiotics used as these strains become harder and harder to control. We are not yet at a dangerous stage, but doctors and patients must each be aware that anytime we use antibiotics, we stand the risk of promoting resistance. We must be very careful in how we use these medications.”

What can we do?

The steps to reducing antibiotic resistance are easy to follow. The key is for all of us to understand that we do play a role in this. According to the CDC and medical professionals, these steps would help immeasurably.

1. Reduce the instances of use. Ask your physician if there is anything else that could make you feel better sooner.

2. Only take antibiotics when appropriate. Do not use them to treat a cold.

3. Do not save antibiotics for the next time you are sick. Discard all unused medication once you have completed your entire course of treatment.

4. When antibiotics are prescribed, take them exactly as ordered. Do not skip dosages.

5. Complete the entire course of treatment. Do not stop taking antibiotics only because you feel better. If treatment stops too soon, there is a greater chance of some bacteria surviving, thus becoming resistant.

6. Do not take antibiotics that are prescribed for someone else. Their antibiotic may not be appropriate for your illness.

7. If your physician recommends something other than an antibiotic, do not pressure them for antibiotics. Ask what other medications may relieve your symptoms.